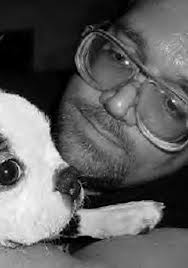 Tom Piccirilli writes books that get read. Try one, you’ll see why. They move at sprint pace toward bloody finales that leave you ready to pick up another and wondering why you don’t read more books. The answer unfortunately is probably because there aren’t a lot of authors who write like him, packing pulpy thrills, humor and tragedy onto every page. The good news is he's written some twenty of them and shows no sign of slowing down. He first made a name for himself in horror, but has since expanded his genre line up to include westerns, super natural thrillers and noir. His latest is The Shadow Season.

What was the reaction from your publishers when you wanted to write the first crime novel?

It's been a slow and natural process moving from dark fantasy fiction to crime fiction. There was an interim when I was writing crossover material--novels like HEADSTONE CITY, THE DEAD LETTERS, and THE MIDNIGHT ROAD all are essentially crime novels with supernatural overtones. So moving right on into noir/crime fiction seemed the right thing to do. My editor at Bantam has always been very encouraging and allows me plenty of room to move and follow my own course.

Does it feel limiting to write "straight crime" titles without the boundless possibilities afforded by the supernatural or fantastic?

No, because I've learned that real life can be even stranger than the fantastic. There's just as much to pore over and consider horrific in straight crime as there is in anything else. Horror is often defined by good vs. evil. There is some overwhelming evil presence or monster or that must be faced and fought. But in crime fiction there's a much wider grey area. That leads to more exploration on the concepts of good and evil. My protagonist Chase from THE COLD SPOT and THE COLDEST MILE is a getaway driver and a thief, but he's still my good guy. Things aren't so cut and dry, so easily defined. And that's what inspires me now, mining the differences, examining the moral details. How many people do we know who might be tempted to abscond with funds if they thought they could pull it off? Especially in the current economy? The set-up is classic but commonplace, universal. Maybe that's why I like it so much. It touches on truth. I'm more concerned with that than the supernatural, and perceptions of the truth are as boundless as writing about the supernatural.

The Cold Spot had an interesting feel. It felt both researched and given to real insight to the lives of "blue collar" criminals as it did shot from the hip and given to "speculative criminal reality". How much research goes into the Cold books as opposed to say the Westerns?

Much more had to go into the Westerns, believe it or not. They had to be historically accurate, so I had to learn a bit about guns of the period, facts about the Civil War, life on the Apache reservation, etc. The authentic feel behind the THE COLD SPOT and THE COLDEST MILE is more romanticized. I pick up pieces here and there from newspapers, cop shows, factual crime TV bits from, say, the Tru Channel, and then try to breathe life into all that. A lot of it also seems like common sense. If you were going to pull a heist, you would do it this way instead of that way. Elmore Leonard tells a story of how he once called a bank to ask them how the money was delivered and taken away, and of course they hung up on him. So he just wrote what seemed like the most logical way for it happen, which apparently turned out to be correct. 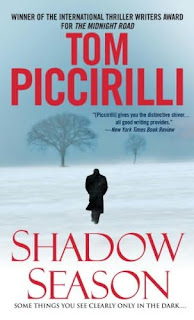 How about with The Shadow Season? Writing for a blind protagonist must've posed some ahem unforeseen challenges.

I've been wearing glasses since I was 10, and the older I get the thicker they get. So at its heart, SHADOW SEASON is about my own fear of blindness. Again, I did a smattering of research but, and this might sound a little Afterschool Special-ish, I wrote most of the novel with my eyes shut. Sounds goofball, I know, but imagining having to deal with certain issues in the dark really started to spook and frustrate me. I kept putting myself in that place, that place that I was terrified of being in, and as a consequence I think the novel works on a down-in-the-gut level. Even though the story is about a blind cop dealing with some badasses at an all-girls school during a snowstorm, he's not Daredevil. He doesn't set traps and turn his blindness to an advantage. A *lot* of people believed I would go in that direction. Because we've seen it so many times before. But where's the emotional honesty in that? Where's the validity of the story? It wasn't what I wanted to focus on. Shadow Season is still a crime-actioner of sorts, but with a much more authentic human feel.

Where did it originate?

Who the hell knows? I have no clue how those writers can point and say, "That's where the impetus for the novel came from." For me, some concept or theme or image worms its way into my head and won't leave again until I write the story.

Do your books feature any themes or recurring details you've been unaware of until a reader pointed them out?

No, not really. At this point of my career and my life I'm pretty self-aware when it comes to my writing. I know I have father issues, I know I'm nostalgic, I know I have a tendency to climb onto the cusp of being maudlin. The draw of the past is always a major concept of the fiction, as is the search for and understanding of personal identity. I know which wells I keep returning to and which mines I'm exploring. The trick is to do it differently each time out of the gate, but since these are mostly universal themes, I think it's fair to say that my readers can relate to the material no matter how it’s molded story by story.

Do you feel that your "self awareness" is a help or a liability to your creative process?

It's a help. It's what we strive for, at least to a certain level. Knowing our strengths and focusing in on them. Knowing our weaknesses and staving them off. That doesn't mean I don't experiment or stretch myself or make attempts to aim in different directions. But knowing what your strongest foundations are can only help when you're putting your story together brick by brick. I also know when I've beaten a horse to death (sorry, I'm mixing my metaphors all to hell here) and I'll back off of a particular theme, or a specific way of bringing that theme to life. After my mother died I wrote a number of hospital stories because that was still so overwhelming an experience. But after a while I knew I needed to pull myself away from it or I'd just be repeating myself in the work. I had to make a conscious effort not to return to that place and tell a similar story. No matter how important those circumstances were to me, they would've just bored the reader. If I wasn't aware that I was doing it, I wouldn't have cared.

How many of your characters "are" you? How much of your craft is catharsis?
Well, it's sort of standard to say this, but that doesn't make it any less true. All of my main characters have a bit of me in them. And I'd say that because of that damn near all of the writing is cathartic in one way or another. Through my characters I get to say the things I never got to say, do the things I can't do myself, play out old conflicts to different resolutions. The thing is that no matter how many times I tackle this kind of a purging, I don't quite get it right, and that leads me to try again, which leads me to writing my next work. John Irving once said that after finishing a novel he begins his autobiography, except that nothing very interesting has ever happened to him, so he makes up more and more things, and pretty soon he has a new novel. That's the feeling I have when it comes to catharsis. The more I try for it, the more I need to try again next time.

What's the most personal of your work then?

Actually, my next novel THE UNDERNEATH seems to be one of the most personal of my works. A lot of the plot has been dovetailing with my own mid-life crisis. Even though the subject matter isn't autobiographical--it's about a young man who returns to his family of professional thieves a week before his brother is due to be executed on death row--a great many of the familial challenges he faces are very broadly similar to things I've been feeling in recent years. It was a difficult book to write for that reason.

Yet you completed it on pace with your significant body of work. What kind of schedule do you have? Is it self imposed or deadline motivated?

I try to do at least 1k words a day of polished, clean prose. That allows me to write two novels a year as well as a couple of novellas and a number of short stories. Jumping between the different mediums also helps me to keep things fresh.

What's left in your ambitions?

I still have tons of them. Hit the bestseller list. Get a good movie made based on my material. Try other genres and sub-genres that I haven't tackled yet. But I think that all of it boils down to: Write a better book.

Are you developing projects in other mediums currently?

Depends on how you define "development." There's always someone in H-wood interested enough to at least check out the work, and sometimes it goes along a little further than that, but as for having a film or a TV series coming out anytime soon, sadly that's not the case. Although who knows what the hell will happen tomorrow.

How much control over your product do you have at this point in your career as opposed to when you were starting out?

So far as the major publishers are concerned, it's about the same as always, which is to say very little. I get some small input on the cover art and layout but that's about it. In the small press it's a little different--independent publishers are more interested in learning from my experience and they go out of their way to make me happy, so I get more input on art, layout, advertising, etc.

Do you write under contract or on spec?

At this point it's all contracted for before hand.

Nice.
Posted by jedidiah ayres at 6:17 AM