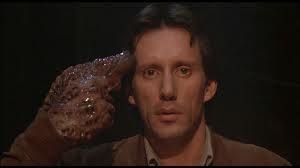 Jon Jordan asked me to contribute a piece about John Lutz to the Bouchercon 2011 website and in doing so, got me thinking about a hair I decided to split on writers - artists and craftsmen. I riffed a little bit further over at Ransom Notes on the occasion of the Lutz piece and a new book from Elmore Leonard, whom I also place in the craftsman category. Let the controversy officially begin, though, it should be clear from the tone that I intend no slight in that classification. Christa Faust has put forth her similar theory - perhaps you've heard her explain sperm vs. eggs? Not quite the same thing, but similar.

In the mail this week, some gooduns. Young Junius by Seth Harwood, (much nicer to read than a PDF), By Hook or By Crook, the Ed Gorman/Martin Greenberg best of the year short stories antho and a pseudo-romance looking historical novel which I gotta say, the cover - not doing anything for me, but I read the first chapter and I think it's got promise. Should totally be re-worked art-wise if they want to appeal to readers like me. Make it pulpy and trashy fun, like the writing seems to be, instead of the stuffy, gilded, sepia-toned self-serious pic currently gracing the cover. Yawn. Too many books look like that. Me no care. But the really exciting one is One True Sentence, the conclusion to Craig McDonald's Ernest Hemingway trilogy within the Hector Lassiter Octology. Easily solves my what to read next dilemma.

N@B participant Matthew McBride is puttin the fanboy love on Erik Lundy over at Got Pulp? The Lundy is on my N@B radar you better believe and as of last night, there's an event in the pre-paration. We'll see what develops.

Speaking of what develops, Mr. Steve Weddle of Needle fame lit a fire under my ass at NoirCon and well... No. I can't tell. Too early. Damn. I'm a dirty tease, but to make it up to you I'll let the first person who e-mails me have a free story from Marcus Sakey for your e-reader. Thanks to Michael Lipkin over at the Noir Journal for the heads up on that one. Lipkin was another one of those on-line acquaintances that I was happy to put a face to at NoirCon last week. I keep remembering more of them. That weekend is going to be unpacking itself slowly for a long time.

Did I mention that I finally got to see Human Centipede a few weeks ago? It played in St. Louis in the spring and I was going to take the wife for her birthday, (I wouldn't lie), but the only screening was a midnight show and we're old farts who don't play that no more. Phantom Menace cured me. Anyhow, we saw it at long last and I enjoyed the hell out of it, but you know what was even better? Splice. There, I said it. Haters be damned, that was a great monster movie. Fredoepus is the genre I'm giving it - Frankenstein/Oedipus for those who want to know. I've read some truly awful reviews of this film, but they're just wrong... And here's why:

Splice does the exploitation thing right. The situation is the outlandish bit and not the acting, and not the directing, and not the soundtrack. In other words, it's not Bitch Slap. Adrien Brody and Sarah Polley look ridiculous as punk-rock-hipster scientists with cool patches sewn into their lab coats, no less and Japanese art adorning their bedroom, but they play it straight. And not over the top, stiff upper lip straight, just not with their tongues in their cheeks. They let the situation, the ridiculously fucked up situation, be the whole joke, set up and punch line. I'm convinced that Vincenzo Natali knew he was making midnight movie material, but you'd never know from the tone. Think David Cronenberg - sincere, but not humorless and you're on the right track. You know you're watching a winner when you stop saying, "If this were a gutsy movie they'd go there." Because, readers, they do. And then further. Loved it.

Shall I make another schlocky 2010 movie crush confession here? Repo Men with Jude Law and Forest Whitaker. Yeah. Loved it. Generic? Maybe. Slick? Definitely. Retread? Possibly. Restrained? Uh, no. Miguel Sapochnik aint no Ridley Scott... Yet. Hell, ain't no Tony Scott... Yet. And Blade Runner, this is not, though I don't think it wants to be. More closely related to that other Philip K. Dick adaptation, Paul Verhoeven's Total Recall. Splatterific and non-sensical and I'll say Cronenbergian again in the closest thing the film has to a sex scene. The heroes, having just sliced their way through an security detail, strip down and literally enter each other's bodies with a scanner to read the barcodes on all their artificial organs. Shot like a Top Gun style sex bit, (there's another Scott reference), with the gore coated phallus penetrating abdomens as they writhe and gasp... Yeah. Kinda loved it. Awesome? Eh. Enjoyable? Fuckin A. And can I give Liev Schreiber a little HBW love? For some reason, I'm not too interested in seeing him do leading man stuff, but he's always welcome to keep improving the supporting roles.

Long live the new flesh.
Posted by jedidiah ayres at 5:47 AM

agree completely about the scanner scene in Repo Men. that's one of those scenes that's so ballsy that it convinces you the movie was better than it was. still a keeper on dvd. My second favorite part was the attempt to get those kidneys in the cab between burgers during the house party. His buddy just seemed so sad he got Jude in trouble. and that cute Oldboy tribute with the hallway fight was fun, too..