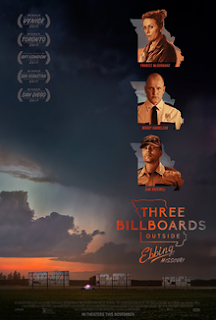 November 24 - Three Billboards Outside Ebbing, Missouri - Martin McDonagh - The investigation into the murder of a small town girl has stalled and fizzled, but the mother of the victim is determined to keep the pain and shame of it all fresh in the minds of the entire community regardless the consequences to friends, family and enemies alike. Frances McDormand leads a ridiculously strong cast whose mission seems to be proving that real hurt can be felt by real assholes and that you'll really care. This one goes straight to the top of my favorite output by either McDonagh brother exemplifying the best qualities both possess - memorable and complex characters with a penchant for caustically profane self-expression and too-frequent-to-be-accidental moments of raw and acerbic humanity. I challenge you to find a member of the expansive cast of characters who's relegated to one-note, whose pain isn't real, faults aren't obvious and yet whose point of view doesn't make sense enough to illicit your sympathy for at least a moment before they do the next terrible thing they're bound to. The final moments offer either slight reprieve to the mounting tensions or a pause at the precipice of greater, fathomless darkness - you decide. Awards forthcoming for McDonagh, McDormand, Woody Harrelson and Sam Rockwell if there's any justice in the world... but then it is a noir. 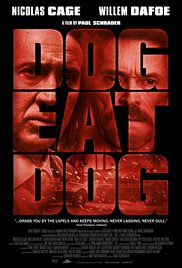 November 25 - Dog Eat Dog - Paul Schrader - Three career-criminals out of prison for the last time - because they all know the end is near - set for life or dead. Their last circles around the drain are wild and sloppy and do not break the first rule of film making: don't be boring. 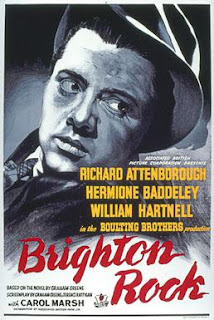 November 26 - Brighton Rock - John Boulting - Richard Attenborough is a Brighton gangster whose problems include his own mates, a rival gang and an inconvenient murder witness. For reasons that seem simpler while under the films' sway he becomes romantically involved with the witness and even marries her in an attempt to prevent her being forced to testify against him. His living hell is her whirlwind romance and the audience gets to experience both all the way through the perfection of the picture's final moment full of quintessentially Graham Greene touches. 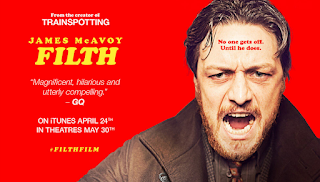 November 27 - Filth - Jon S. Baird - James McAvoy made a fan out of me with his go from broke performance as an utterly rotten human being and policeman exercising his demons with all the authority of his badge behind him. Messy and potent, man I respond to big wild swings at greatness more than I tend to measured, precise pokes in the right direction. 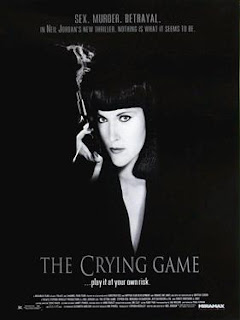 November 28 - The Crying Game - Neil Jordan - So there's this scorpion that wants to cross a river... Been a long time since I'd seen this one, so happy to report you don't have to be surprised by the plot to be surprised by the characters even when you realize they're only staying true to their nature... even when that's going to put them in danger and maybe get them killed. 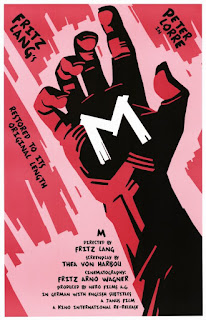 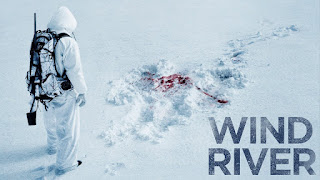 November 30 - Wind River - Taylor Sheridan - Appropriately moody and invested in its victims, but not really a noir... unless you take into account its fatalism about the populace of the titular Wyoming Indian reserve and treat it as a tour of life in the margins. It's a fine procedural that pulls one of the more hotly contentious moves Sheridan's script for Sicario also did, though this time it doesn't feel as jarring due to establishing Jeremy Renner as the main character.
Posted by jedidiah ayres at 4:47 PM