Deadlier Than the Male

So glad I got to see Panos Cosmatos's bloodfest, Mandy, on a giant screen with a packed house. If you're familiar with his previous effort, Beyond the Black Rainbow, than you know dude knows how to fill a screen and max out a hi-fi sound system. Mandy, fucking rocks, man. Just balls-out jackhammers the hell out of its bare-bones revenge plot by cranking the sound design and visuals to eleven. 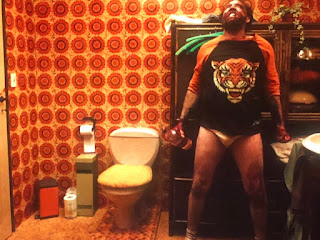 Enter Nicolas Cage understated-sman extraordinaire and behold the glory of director Cosmatos egging him on to higher, higher, higher hights of manic fuck-muggery. Seriously, anybody else out there that could rage-drink a bottle of vodka in his tighty-whities on the toilet to greater than this dude can just try and wrest the "greatest film actor of his generation" crown from his fingers. (Side note - heh, one of my tweets about der movie made its way to La Voz's coverage of Mandy's Cage-Rage memes - proud of me now, dad?) 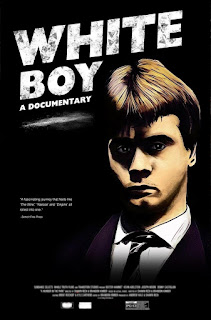 A couple weeks since, but I got a little emotional and carried away talking to Steve Weddle about Mandy on the Do Some Damage podcast. It's a rambling episode in which I also recommend checking out White Boy, the documentary about Richard Wershe Jr. on Prime over prioritizing White Boy Rick, the drama starring Matthew McConaughey (as Wershe Sr.).

What I can whole-heartedly recommend that is available to stream now and made for the greatest triple feature I've experienced in a while is the banger line up of trippy, spooky, male-gaze/fem-centric killer flicks: Harmony Korine's Spring Breakers, Nicolas Winding Refn's The Neon Demon and Jonathan Glazer's Under the Skin. 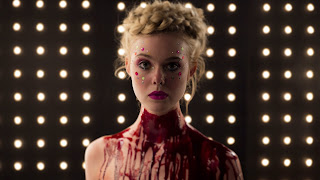 Spring Breakers and Under the Skin are both on Netflix now and The Neon Demon is free on Prime. I'd recommend the order that I saw them in too - Breakers, Demon, Skin - for a slow decent from the opening day-glo hedonism descending into the equally warm-hued and gleeful bloodbathing at the end of Breakers to the harshly lit, ice-cold veneer of Demon's gorgeous red riding-hood-esque fashion fable and concluding with the muted weird of Skin's honey trap. 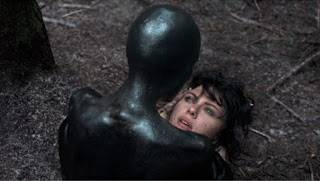 Great for any time, but an especially chilly and chilling autumnal treat.
Posted by jedidiah ayres at 11:51 AM

I love Neon Demon. My favourite of Refn's films so far. It's the Bret Easton Ellis movie he never seems to be able to get made: the 'slidimg down the surface of things' vibe of Glamorama mixed with the LA vampires of The Informers. Lots of love for Spring Breakers too. Haven't actually seen Under The Skin.