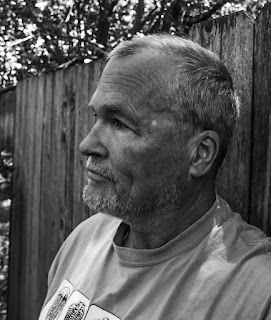 Scott Phillips and I traded emails for a couple of years before meeting in person.  I was crazy about The Ice Harvest, The Walkaway, and The Adjustment—exquisitely written novels with precise language, great dialogue, and surprising events.  He cared deeply about language and story, a vanishing trait in literature.

Scott and I finally met shortly after I moved to Oxford, Mississippi. Oxford was a midway point between his home in St. Louis and New Orleans where his daughter attended college. He drove down a few times to visit her, always stopping in Oxford overnight. As people age, it becomes harder to make new friends. This is particularly true for men, especially men who aren’t sports fans, fishermen, or work-buddies. The spontaneity of youth is subsumed by work and family life. Writers by nature are reclusive, which deepens the difficulty of befriending people. When we do venture into the world, we sometimes learn that the prolonged solitude necessary to writing has eroded our social skills.

None of this was the case with Scott. We hit if off immediately. He is funny, erudite in a number of fields, and a charismatic raconteur. He is also a good listener, fully engaged in a conversation. We’re about the same age and loved the same writers. We both were old-school enough to use 35mm cameras for our love of photography. We’d each lived Paris during as young men, and later we both toiled in the glittering cesspool of Hollywood. Over beers, we traded many stories of winters in the midwest, the reckless antics of our youth in France, and idiotic producers in L.A. And books, always books and art. Mainly we laughed. 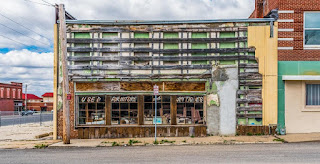 Many artists and writers are adept in other forms, but seldom are as good at their secondary interest as their primary. Not so with Scott. He is a serious photographer whose work is stunning. Mostly documentary of midwestern cities, it can be described in similar terms to his fiction. Carefully composed. Attention to detail. Suffused in a compassionate light. His visual art and novels complement one another. If you study his website you will see the world they inhabit. 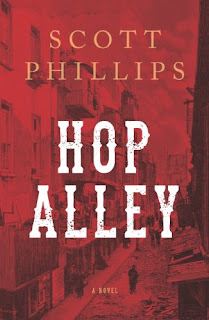 Scott’s historical novels Cottonwood and Hop Alley feature a photographer as protagonist. The books have the trademark Phillips attributes of reckless sex, funny dialogue, and unpredictable narratives. With Rake, he managed to satirize Hollywood from afar. Set in Paris, Rake follows the adventures of a mostly washed-up American TV actor finding new appreciation in France. Like all TV actors, he wants to make a movie. And like most actors, his ideas are remarkably lame—his intended movie is based on the discovery of Venus de Milo’s missing arms. The book is funny but also quite accurate in its portrayal of the narcissism rampant in Hollywood.

Scott’s daughter transferred to another school and I don’t see him as often. He is more prone to leaving the house than I am so I’m hoping he turns up in Oxford on book tour. I am eagerly waiting to read That Left Turn at Albuqeruque, a novel that takes its title from Bugs Bunny, my all-time favorite cartoon character. Scott Phillips is one of my very few favorite living Americna writers. When his new book comes out I will drop everything and read it. Then read it again. I’ve done that with all his books. 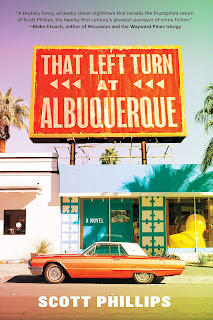 (Scott's latest novel, That Left Turn at Albuquerque is available now. Grab a copy at your favorite local bookstore through Indie Bound or from 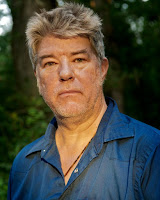 Chris Offutt grew up in Haldeman, Kentucky, population 200, a former mining town in the Appalachian hills. He attended elementary school, high school, and college within ten miles of his home. He has a BA in Theatre from Morehead State University and an MFA in Fiction from The Iowa Writers’ Workshop. His publications include Country Dark, Kentucky Straight, Out of the Woods, The Good Brother, The Same River Twice, No Heroes, and My Father the Pornographer. His short stories and essays have appeared in periodicals, such as The New York Times, Harpers, Esquire, GQ, Playboy, Tin House, and The Oxford American. His work is in many anthologies, including The Pushcart Prize, Best American Short Stories, Best American Essays, Best American Memoirs, Best of the Decade: New Stories of the South, and The Vintage Book of American Short Stories. His work has been supported by a Guggenheim Fellowship, a Whiting Writers Award, a fellowship from the Lannan Foundation, and a grant from the National Endowment for the Arts.  He received an award from the American Academy of Arts and Letters for “prose that takes risks.” The international magazine Granta included him in its list of the “Top 20 Young American Writers. He wrote and produced scripts for True Blood, Weeds, and Treme. His television work was nominated for an Emmy. He currently lives in rural Lafayette County near Oxford, Mississippi. Keep up with him at his website.
Posted by jedidiah ayres at 8:12 AM