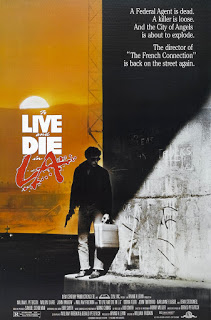 Man was I excited to be back on The Projection Booth podcast this week to talk about one of my favorite movies - William Friedkin's To Live & Die in L.A. with Mike White and Andrew Nette. It's a film that has been a part of my life for 35 years even though I didn't see it till the early 90s.! When it came out I had no idea what it was about, but I was absolutely captivated by that title! That poster! I haaaaaad to see it.

And you know what? When I did finally get around to it, I never did get over it. It's such a propulsive escalation of macho themes and stereotypes rushing toward unexpected and deeply satisfying ends. 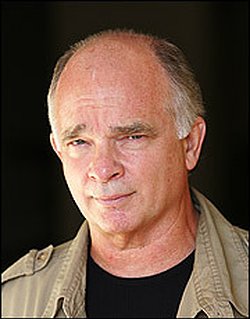 I've written about To Live & Die in L.A. as well as other films based on books by Gerald Petievich (Boiling Point and The Sentinel) as part of the Picture Books series but what's changed since writing that piece is that I've read two of the books - To Live & Die in L.A. and Money Men (adapted as Boiling Point). I dug both of them. Plot-wise both adaptations are very faithful to the source material, but I'd say James B. Harris' Boiling Point is probably a little closer to the feel of the novel with its slightly laid back wait-n-see narrative than Friedkin's frenetic hard-charger. 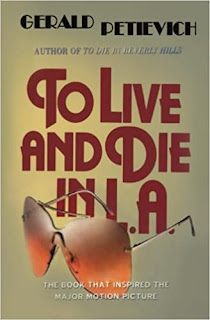 While the book and movie tell the same story, Friedkin's film is very action-focused (as a visual medium should be) where Petievich's novel is not exactly a George V. Higgins-level marathon of dialogue-heavy scenes it is certainly closer to that in feel than the viscerally propulsive film. In fact I'd bet the first three scenes you think of when you remember the movie aren't even in the book. The airport? Nope. The presidential detail? Huh-uh. The car chase?

Even Chance's last scene is very different in the novel, though the book goes just as hard at the character and I would recommend reading it to anybody who enjoys the film. The surprises especially in the final act are worth discovering. 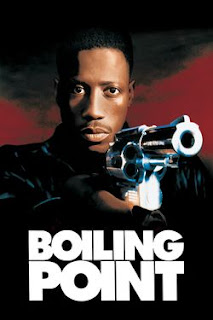 In 1993 it arrived just at the beginning of Snipes as a leading man phenomena preceded by White Men Can't Jump and Passenger 57 and followed in quick succession by Rising Sun, Demolition Man and Sugar Hill (all '92-'93). Supposedly there were reshoots involved, but at the very least an effort to advertise the film as another Snipes-action spectacular is obvious in retrospect. Somebody didn't know, or more likely didn't care, what they had.

And what they had was a sturdy little crime flick about hustlers and predators on the streets with a hell of a that-guy cast and behind the camera talent in Harris and Petievich that would give serious weight to familiar genre-fare. I hope when somebody puts out a repackaged blu-ray they can get the film reconsidered and appreciated. 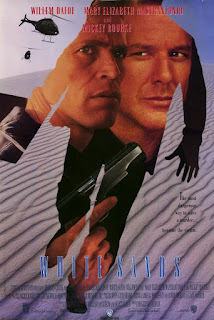 If you give up on hearing me ramble, don't give up on the episode, just skip ahead and hear Mike interview Willem Dafoe about the role of Rick Masters and his career. FWIW my next appearance on The Projection Booth will also be with Andrew Nette and we're looking at another Dafoe flick, Roger Donaldson's White Sands. 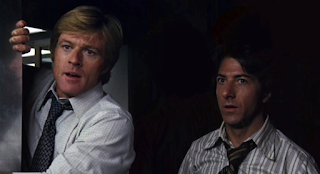 Also worth noting I made an emergency replacement appearance on All the President's Minutes podcast with Blake Howard and we talked about Robert Redford's vs. Dustin Hoffman's career, Alan J. Pakula's weaponization of recording devices and his affinity for bad brogues from Brad Pitt in The Devil's Own to Jane Fonda in Klute and I took the opportunity to connect Pakula/Klute to David Fincher's Zodiac as an easy bleed-in to Blake's next obsessive podcast project.
Posted by jedidiah ayres at 3:14 PM

Labels: All the President's Minutes, The Projection Booth