The Wrong Kind of Write 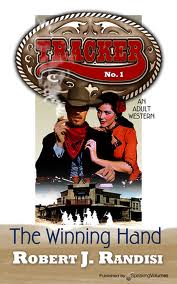 Oky-doke kiddos, here's the official lineup for the N@B double header coming your way late in February. Two nights of walking on the dark side in St. Louis. First up, February 21st, Robert Randisi has been added to the the lineup alongside Benjamin Whitmer, Sonia Coney and Jason Makansi, so that's fantastic. How many people do you know who've read over five hundred books, let alone written that many, let alone published that many? Sure, somebody in the near future will probably take a big ol' dump all over the internets with their self-published titles and get up into the hundreds like that, but Randisi has done it the hard way, the ultimate pulp writer kids. That cat goes through keyboards faster than I go through underwear, and tossing 'em when he's worn the letters off the keys. Take that, James Patterson.

And just about the time that hangover is wearing off, it'll be time to tie one on all over again. February 28 Caleb J. Ross and Gordon Highland will be joined by Mark W. Tiedemann and Kevin Lynn Helmick for some serious transgression and boundary crossing. Man, we can't even see good taste from over here. Ross and Highland are passing through St. Louis from Kansas City on their way to Chicago for the AWP, and I just may get up there my own self. 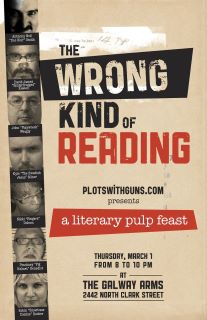 I'm not an academic, so why the hell would I bother? Well maybe for some of this shits -
Looka that! N@B alum Anthony Neil Smith, Kyle Minor and Pinckney Benedict joined by David James Keaton, John Weagly, Nikki Dolson, Robin Becker and Sean O'Kane. Yeah, that sounds like a reason to make a trip. Looks like the place to be on March 1st is The Galway Arms.
Oh man, while I'm hypothetically up there I'd love to run into folks like Kent Gowran, Richard Thomas, Nik Korpon, Elizabeth White, Josh Converse, Jason Stuart, Thomas Pluck, plus Livius Nedin and Robb Olson from the Booked Podcast and all the other like-minded perverts on the attending list on the Face Book. Sounds like a blast.
Of course if I'm in Chicagoland, I'll have to drop in on Julian Grant and take a gander at the Fuckload of Scotch Tape rough cut. Yeah, I think that seals it. I've gotta get to Chi-town. 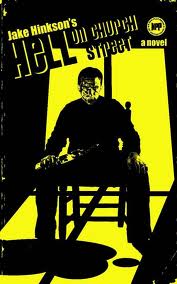 Later this Spring or Summer N@B is hoping to host Jake Hinkson whose debut Hell On Church Street is pretty fuckin great. Really, just a sweet-ass book that I'm officially jealous over. Do yourself a favor and put down that bloated best-seller you're chipping away at and order you a copy of this refuse-to-blink, yeah-it-just-went-there story of a con-man in an Arkansas Baptist Church. You'll finish it in one or two sittings, I bet and if it leaves you desperate for more of that southern-fried bad religion, order you a copy of Heath Lowrance's The Bastard Hand or Jesus Angel Garcia's Badbadbad. Hmmm, we already had Garcia at a N@B event, maybe we can seduce Lowrance down from Detroit for one when Hinkson comes through? That would be a helluva good lineup I believe. For more thoughts on Hinkson's book check out what I had to say at Ransom Notes. But don't take my word for it, go check out these reviews of Hell On Church Street, John Rector's Already Gone, Reed Farrel Coleman's Hurt Machine and Alan Glyn's Bloodland at the Los Angeles Review of Books by Cullen Gallagher - 'cause he knows his shit. Speaking of Senor Coleman, I see he'll be in St. Louis in April along with Sara J. Henry and N@B alum Duane Swierczynski and Frank Bill. Guess I'll be there too. Shit, that's a healthy lineup.
Today at Ransom Notes, I'm getting a little Nordic in my diet. Checking out Quentin Bates' books and briefly mentioning that a couple weeks ago, I read a Jo Nesbo book to my kids. They loved it and I guess we'll be going for the next one in the series soon.
Posted by jedidiah ayres at 8:29 AM

Thanks, sir. I'm looking forward to the reading. I've got some good stuff to read, I think; stuff not from my newest books but from an upcoming crime dystopian novella collection featuring my work and work from Nik Korpon, Richard Thomas, and Axel Taiari.

I think Heath's living in Michigan right now. That said, I'm looking forward to Hell on Church Street. Also, love the ANS photo. He looks like a comic book villain on it.

Ah yeah, I'm looking forward to it too. And I sent a couple cool promo pieces a shit down their today.
Do whatever ya want with em

Heartland Gothic was released today in ebook, I'll be reading from it the 28th
Trestle Prss, The links on my name