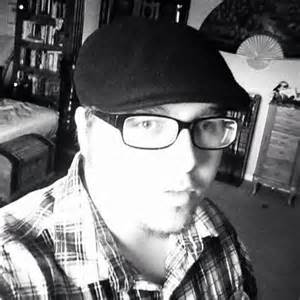 I met Max Booth III last year at N@B-Dallas where he read a piece from an uncomfortably familiar slice of customer service despair I hope he's turning into a novel. It took place in a hotel and I'm assuming since the author also works in a hotel that the piece was at least semi-autobiographical, and it reminded me somewhat of the voice of my favorite former hotel worker and writer whose mind was a razor blade, Jim Thompson. Hey, add Ed Kurtz to the mix and you've got a helluva themed collection of novellas. Just sayin.

I read Max's latest book How to Successfully Kidnap Strangers on the return trip some presidents never make and it was a terrific one-sitting send up of criminals, writers, readers and now I feel compelled to read all his other books. So, I warn you - do not dive in to his body of work unless you're prepared for the great itchiness that comes when you've run out of new material.

I asked Max for a Narrative Music contribution. This is what he gave me. 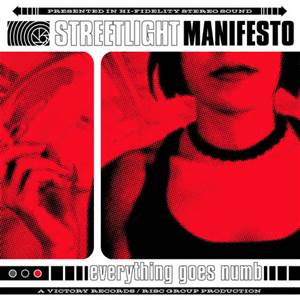 When Jedidiah invited me to contribute to this series, I knew immediately I’d want to write about a Streetlight Manifesto song—the challenge came from picking the right song. Going through this band’s discography is like flipping through the wrinkled paperbacks of Donald Ray Pollock’s Knockemstiff and Jordan Harper’s Love and Other Wounds. These songs are stories of the desperate and hopeless resorting to whatever’s necessary to make ends meet. Turn on their debut album, Everything Goes Numb, and you face an assortment of gangsters and folks down on their luck.

For example, check out the opening of Point/Counterpoint:

I've got a gun in my hand but that gun won't cock,
my finger's on the trigger but that trigger seems locked,
and I can't stop staring at the tick tock clock,
and even if I could I would never give up.
With a vest on my chest, a bullet in my lung,
I can't believe I'm dying with my song unsung.

That’s basically the first chapter of an epic crime novel. The main character lying in his own blood, breathing his last breaths, preparing to narrate the past events that led to his demise.

Then there’s their ode to the cast of every noir novel I’ve read, A Moment of Silence, which opens with the following:

A moment of silence, please, for those who never get the chance.
They show up to the party, but they're never asked to dance.
The losers, the liars, the bastards, the thieves,
the cynicists, the pessimists, and those that don't believe in nothing.
I never met a loser that I didn't see eye-to-eye with, I declare,
I stare into your eyes, but you look right past me into the air.
What's it like to stand in your shoes?
To have never felt the belt of somebody's abuse?
I take the bottle and I tip it for all my heroes that have passed.
Alas, you have left us, but your stories they will last,
uninspired by the recruiting call:
Independent we stand,
independent we fall. 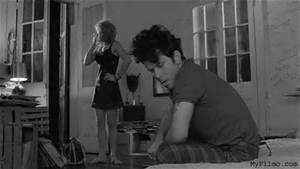 But it’s probably the first track of the album, Everything Went Numb, that tells the perfect crime story—my favorite type of crime story, at least. 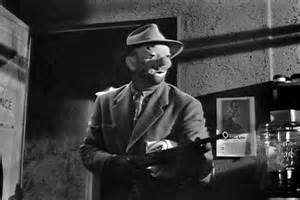 Listen, don’t let the coppers fool ya. Heists are fun as hell. You get to dress up. You get to meet new people. Sometimes you walk away from it rich. Sometimes you never walk away again. It’s all a great, wonderful gamble, and I can’t think of anything better to get the blood pumpin’ in those weird little bags of flesh we move around in all day.

Everything Went Numb, unfortunately, tells the story of a heist gone wrong. Things rarely work out well for the characters in Streetlight Manifesto songs, and this here is no exception. In this song we will go through the planning of a heist, the heist itself, and the inevitable aftermath.

Let’s take a look at this poor bastard already. Everything went numb for the money and the guns
and every time he'd think it out:
“There's nothing to worry about,
“get in the van, don't deviate from the plan,
“if everything goes smooth then you'll walk away a rich man."

So it begins, everybody walks in.
Could this be the way or the day that the underdog wins?

I think not,
so I bet on the feds
because the black hat men
never win in the end, so…

Everything went numb
when he stumbled upon what he thought
was going to be another means to the end.

Don't fear for our hero ain’t near the end, my friend.
Let’s take it back to how it all began: with a proposition—
and proposition starts with a capital P—
“Or at least for me,” is what he said to himself,
but himself ain’t a lot when he's got nothing left
of what was once a man, loved and loving,
he took that trip that turns something to nothing.

Right and wrong,
there's not a lot of difference
when you're singing that poor man's song,
and that song, it goes just a little like this:

Everything went numb
when he stumbled upon what he thought
was going to be another means to the end. 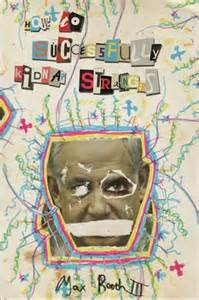 Max Booth III is the author of four novels, including How to Successfully Kidnap Strangers. He’s the Editor-in-Chief of Perpetual Motion Machine Publishing and an ongoing columnist at Litreactor.com. He works as a hotel night auditor in a small town outside San Antonio, TX. Follow him on Twitter @GiveMeYourTeeth and visit him at talesfromthebooth.com.
Posted by jedidiah ayres at 1:59 AM

Tomska aka. DarkSquidge brought me here. Suddenly started to love this kind of music.