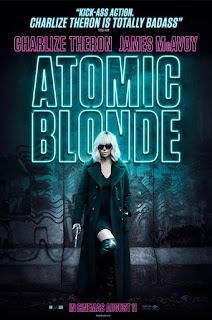 With Atomic Blonde dropping this weekend I think it's safe to call 2017 a standout year for high-gloss action flick fare that deserves art-house respect. Stuntmen turned producer/directors Chad Stahelski and David Leitch brought John Wick to the world in 2014, but it was only a primer for this year's double-whammy of John Wick Chapter 2 (directed by Stahelski) and Atomic Blonde (directed by Leitch) both of which up the visuals beyond terrific stunt work with statuesque Charlize Theron strutting through Blonde's 80's neon grit-lit Berlin and chapter two of Wick's on-the-nose action finale set in an actual art house where Keanu Reeves turns the walls into his canvas and paints them red before moving on to possibly the greatest house of mirrors sequence since Orson Welles' Lady From Shanghai. 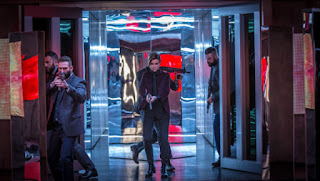 Knee caps and arm sockets aren't the only things popping in these flicks either. The editing, the fluidity of motion and sound is top-tier shit. The music - from the 1980s new wave pop of Atomic Blonde to the pulsing dance soundtrack of the John Wick flicks - is music to murder with a boner by (probably best used in the Red Circle sequence from JW chapter one).

Y'know what else gets mentioned here? Edgar Wright's Baby Driver. This time out Wright isn't sending up a genre either - he's out to make a shining example of an action/crime flick instead of a parody. Which doesn't mean he isn't having fun. Baby Driver is as effervescent as soda pop and sticky-sweet to boot. 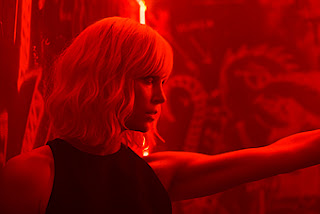 John Wick, Atomic Blonde and Baby Driver go for different tones, but they are essentially the same thing - super hero movies dressed up as crime flicks. They're about people so good at their jobs (hitman, spy, getaway driver) there's never any suspense about their ability to beat the odds they're up against. They're all flash and sizzle, rhythm and attitude. They're deep as a puddle, but damn, if you work up enough speed you can have a lot of fun gliding across the frozen surface. 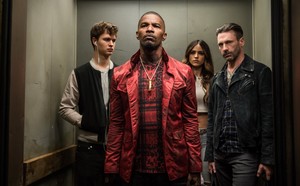 Yeah, if all the crime flicks coming out were in this vein I'd get sick of 'em pretty quick, but when they're operating on the level these are you're damn right I'm going to enjoy the shit out of them and I suggest you do too.

Here are the mirror sequences for your back to back appreciation and comparison.

Posted by jedidiah ayres at 4:20 AM