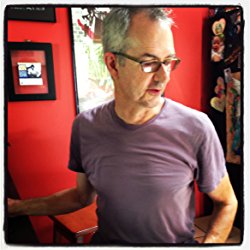 I got to hang out with Philadelphia fireman and hardboiled crime writer Tony Knighton at Noir Con last year and soak up a lot of local flavor and history over a few too many at a number of bars and restaurants in Center City. Great stories, terrific details... damn fine noodles.

His just released novel Three Hours Past Midnight is a corker too. Reading it I couldn't help but wish Michael Mann had used it for the basis of a one-crazy-night movie (rather than ever having made Collateral). If you dig the genre of professional criminals just doing their job and having to improvise when it all goes to hell, this one is right up your alley. (Kindle available now - paperback soon).

I asked Tony for a CriMemoir piece and he sent this. 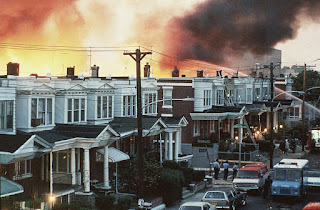 Jed has generously invited me to post an essay about a true crime. While I intend to document a specific event, I think more interesting is the effect it had on me. I work as a firefighter in Philadelphia, Pa., and have responded to physical assaults and sometimes to assist police operations but the crimes that have influenced me most directly are arsons, especially this.

September 7th, 1987, was Labor Day – I could smell charcoal from cookouts as I drove to work – and was warm and breezy. I remember my lieutenant having difficulty lighting a cigarette as some of us stood in front of the station and talked while it got dark. 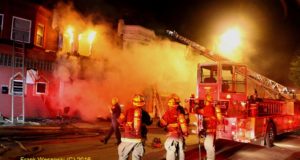 At about 10:30 that night, Philadelphia Police responded to a disturbance at 5001 Walnut Street – a loud argument in an unlicensed boarding house. This was a huge three and a half story Victorian row-style corner property, sixty feet deep with twelve-foot ceilings, an enclosed front porch, and bay windows. The police separated the arguing tenants, two middle-aged women with histories of mental illness, and left them with a warning.

According to the Fire Marshal’s report, one woman, still unhappy with her neighbor, set fire to the polyester curtains on the enclosed front porch windows. The fire quickly ran the main stairway, cutting off the resident’s primary route of escape, involving the dwelling throughout, and extending to the neighboring homes. 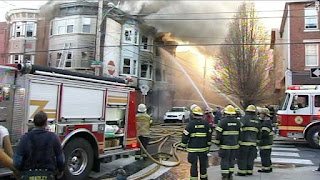 It’s important here for the reader to understand that most structure fires are routinely controlled. The typical house fire usually involves one or two rooms, and, even when more serious, is extinguished in a workmanlike manner. Occasionally, though, a fire has advanced well beyond the capabilities of the first arriving companies – far too much to do, for far too few guys.

That night I responded with the first-in ladder company. As we approached, we saw the fronts of two of these massive dwellings engulfed in flame. The fire in the front extended upward from the first floor windows to beyond the main roofline – over fifty feet. I had two years on the job and while I’d been to many fires, I’d never seen anything like this. I couldn’t fathom how the fire had so quickly advanced – it was as though someone had doused the buildings with gasoline. This was a busy intersection during a holiday weekend; there were people on the sidewalks and cars were still traveling past, the drivers gawking. I found the contrast between the completely abnormal and something asmundane as auto traffic surreal. 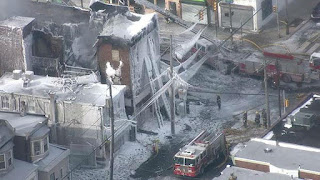 Our driver pulled the truck across the intersection, and I jumped off and stood there for a moment, transfixed.  The fire grew even as I watched, pushed up the street by the wind. I wouldn’t have believed what I was seeing if I hadn’t also felt the heat on my face. As I fumbled my way into my mask, I recall wanting to grab one of the older guys and ask, “This isn’t supposed to happen, is it?”

Then I saw people jumping. They were coming out of the side windows from the second and third floors. I heard a man hit the ground.

My memories of those next few minutes are confused – the sights and sounds of companies stretching line and raising ladders, firemen yelling to be heard over the din of screaming civilians and sirens as more companies arrived, and the blackness and heat inside the burning building are all less than clear to me now, thirty years later – but I remember how it felt. I was frightened, but oddly, also elated, in a way that went beyond the easy explanation of adrenaline. 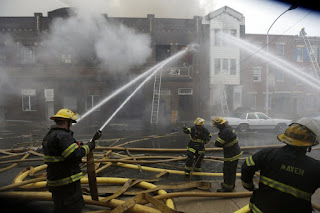 Firefighters don’t really talk about these phenomena. We use a sort of shorthand. While describing a fire to another who wasn’t there, one of us might say it was a “good job.” Should someone get hurt, it’s a “bad job.” I once heard an old-timer refer to a fire like this as “a rip-shitter!” The man was beaming when he said it, as though recounting the best moments of his life. As I’ve noted, this feeling is more than simply the result of adrenaline. Sky-diving or rock climbing can give someone a rush, but neither activity is necessary – they’re recreational. Fires have to be fought. On Walnut Street that night, we intervened in an extreme event. We were useful.

A few years ago, I went with some civilian friends to hear a band at a club, a few doors away from the site of a different but similar fire in another part of the city. I pointed to the empty lot and began to tell the others about it but realized I was failing – I was giving them descriptions of what I’d seen and what had happened but my friends couldn’t glean any significance from the story – none had ever had this sort of experience. I faltered, a bit embarrassed, and gave up. 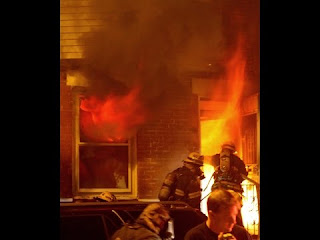 At 5001 Walnut Street in 1987, two of the residents were killed. Neither was the intended target of the fire. Another half dozen or so residents were injured, as well as two firemen. Most in the house escaped or were rescued. The woman who set the fire was arrested and later convicted on multiple charges stemming from the incident, including two counts of second-degree murder.

There was a small piece of good luck: within seconds of our arrival, a friend was pulling line and heard a plop behind him in the street. A woman on the third floor had panicked and thrown her eighteen-month old son out a window. The child was released from the hospital the next morning, unscathed. 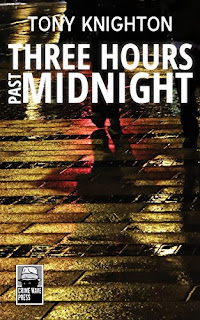 Tony Knighton is a lieutenant in the Philadelphia Fire Department, a thirty year veteran and the author of Three Hours Past Midnight as well as the novella and story collection Happy Hour and Other Philadelphia Cruelties from Crime Wave Press. Follow him on Twitter @dinnertimedave
Posted by jedidiah ayres at 1:19 PM