The Terrible, Short-Lived TV Shows of the 80s/90s That Shaped Me 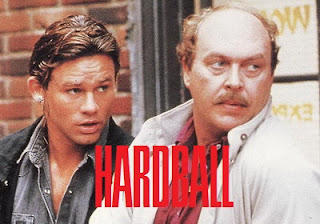 My kids want to see terrible movies and watch awful TV shows and read crappy books and I'm okay with that. They're important to development. Plenty of movies I'm not showing them yet because I want them to understand just how good they are when they do finally see them... and to get how special the good stuff is, they've got to wade through a lot crap first. The shitty stuff? If they don't watch it now, they'll never appreciate it. 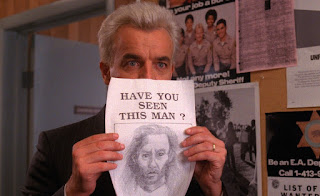 Had a chat with Chad Eagleton and Terrence McCauley yesterday and had a good time compiling this list of very short-lived, low-quality (probably pretty bad - I mean I haven't seen them since they originally aired, but these video clips don't look promising - except that they look awesome) action and sci-fi television shows from the 80s/90s. Some shows (like say Twin Peaks or Firefly) are short lived because they're too awesome for their time. These... are not those.


Hardball (1989-1990 on NBC) - Buddy cop show starring Richard Tyson's hair and John Ashton's lack of. Ashton was a big part of this show's appeal to me, since his turn as Marvin in Martin Brests's Midnight Run was already one of my favorites.

Booker (1989 - 1990 on Fox) - Richard Grieco's 21 Jump Street character gets his own spin-off. Too much a loose canon to be a cop, he's now a private investigator whose greatest asset is his hair. It was 1989. Ok and attitude. I wanted to wear ripped acid-washed jeans and ride a motorcycle too.

The Highwayman (1987-1988 on NBC) - A mashup of Mad Max and Knight Rider if memory serves, starring Flash Gordon himself, Sam J. Jones as the titular badass and footballer and Energizer spokesman Jacko "as Jetto" his nutter Aussie sidekick. Oi!.

Misfits of Science (1985-1986 on NBC) - The A-Team meets The X-Men starring Courtney Cox and everybody's favorite Mark Thomas Miller as Bukowski or Johnny B. All the boys in my 5th grade class would take turns pretending to shoot electricity out of their dick while taking a piss... and some of us still do.


Max Headroom (1987-1988 on ABC) - MTV on network TV. Dystopian, cyberpunk satire with a lot of WTF going on. Honestly, I have no idea. It was fucking mesmerizing though... And I wanted to drink a lot of Coke.

Cop Rock (1990-1990 on ABC) - How can we appeal to fans of creator Steven Bochco's gritty cop shows (Hill Street Blues, NYPD Blue) and Broadway musicals? Let's just go half and half, huh? It was serious-minded adult-fare punctuated by musical numbers sung or rapped by the equally confused and hapless cast for the benefit of generations of stoners and scoffers. Oh... it made an impression. I've chosen a clip from the show to demonstrate its awesome awkwardness, but here's the opening credits sung by Randy Newman.

The Greatest American Hero (1981-1983 on ABC) - A regular schlepp is given super powers by contact with an alien. He fights crime ineptly. The longest running of all of these shows and maybe for a reason - the cast included William Katt, Robert Culp, Connie Sellecca, Michael Paré and Faye Grant, but it's probably best known for its theme song Believe It Or Not performed on the show by Joey Scarbury and by half the dorks in America on their answering machines - believe it or not, I'm not hoooome. The idea that super powers and great abilities did not make your life better is one I latched onto.

Blue Thunder (1984-1984 on ABC) - Based on the 1983 Roy Scheider movie, and starring pre-SNL Dana Carvey and post-NFL Dick Butkus this one lost out to Airwolf as the super-high-tech helicopter show to get a second season.

Airwolf (1984-1986 on CBS, 1987-1987 on USA) - Jan-Michael Vincent and Ernest Borgnine lead this badassery for 2&1/2 seasons before it was cancelled and USA picked up the rights and created a fourth season without the budget, the cast or the helicopter... yeah - here's a nice little piece at Cracked about that legendarily bad final season called 6 TV Shows That Completely Lost Their Shit (it's number one).

Alien Nation (1989-1990 on Fox) - Based on the 1988 James Caan/Mandy Patinkin movie about a Los Angeles human cop working with a new partner from out of this world. The TV show lightens the mood of the darker movie considerably. I'll stop right there. 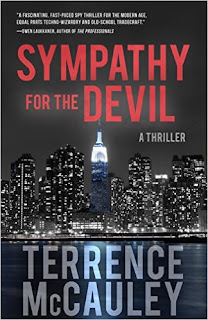 BJ & The Bear - which Terrence suggests you find via Google Image searching with the 'Safe Search' filter turned off.


And the whole conversation got started because Chad Eagleton reminisced about Renegade which ran longer than any of these other shows. 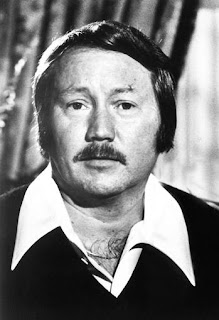 Probably worth noting that the late great Glen A. Larson created half of these shows along with bigger hits like Kinght Rider, Magnum P.I., Alias Smith and Jones and Battlestar Galactica. Thanks for the electric prod up my imagination's butt, man. I owe you.
Posted by jedidiah ayres at 9:20 AM

How could you forget "The Master" with Lee Van Cleef?

How did I not know of it?

It only ran for thirteen episodes so I guess it was easy to miss. My husband was a big Van Cleef fan so we saw all the episodes and were disappointed when it was cancelled. But with Van Cleef and kung fu it was awesome!

MISFITS OF SCIENCE was one of my favorite all-time TV shows when I was a kid. That and the V series. Good call on that.

holy shit - the lizard face beneath the human one on V - that shit gave me nightmares for decades... Didn't include V because it was a mini-series so a short run was built in... and because I still think it was pretty good

Man, these shows shaped my work so much. Especially Stingray, Renegade and Booker. I remember this episode of Booker where he said ''all i need is some room to play''. It is still my mottor.
The Master, Misfits, Highwayman, Alien Nation, Manimal, loved them all. You forgot to mention Cobra, Wolf and Street Justice.

What was the show with a light blue El dorado convertible? It was a short lived cop or detective show,80s or 90s

You forgot Cobra. It only lasted 1 season with 22 episodes.