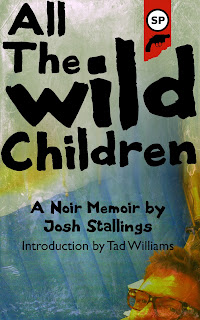 All the Wild Children - Josh Stallings - Heartbreaking stuff, masterfully delivered. What more do you want? This MemNoir is some quality shit, and affected me to the point where my own memories began to be framed in an aping style. Do yourself a solid and check out the CriMemoir piece Josh contributed here. If that don't hook you, I don't have the right bait. 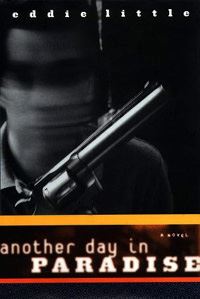 Another Day in Paradise - Eddie Little - Fucking hell. How much did this book kick my ass? Nope, more than that. Always been a fan of Larry Clark's film version (and I still am), but now I understand you better if you're not. The book is brilliant, beautiful, powerful, electric, unsparing, compassionate - exactly the kind of beast you want to be mauled by when you pick up a crime novel. 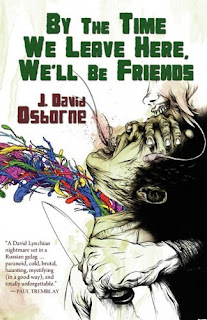 By the Time We Leave Here, We'll Be Friends - J. David Osborne - Beautifully brutal passages bump up against hallucinatory stream of subconscious bits in and out of a collection of miserable souls doing time in a Russian gulag in the 1950s. The harsher the conditions, the more ruthless the survivors and most of the characters will have to answer for themselves where the line between survival of the body and of the spirit is drawn... and which they value more. 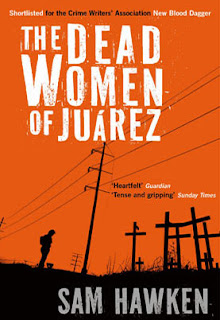 Dead Women of Juarez - Sam Hawken - Love the broken-down gringo fighter aspect of this one more than the Mexican cop bit, but both'll find a tender spot and kick you hard. Glad Fierce Bitches came out before I read it - I'd probably have been way too self-conscious about my own Gringo Noir if I'd read this first. 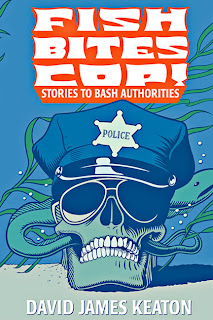 Fish Bites Cop: Stories To Bash Authorities - David James Keaton - If you've ever read a DJK selection in an anthology, you knew the cat could scribble, but I'd lay good odds you'll be unprepared for how strong his chops are when you stack his stories in a pile like this. Guy's gonna be huge someday. Believe it. 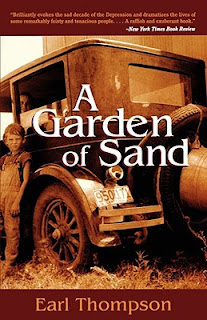 A Garden of Sand - Earl Thompson - Holy smokes. This is some heavy shit, and hilarious too. Just an amazing combination of emotions, transgressions and confessions the shortest distance betwixt is always the next straight line... after line... after line of the strongest, straightest prose I've read in an age. Can not wait to read Tattoo. 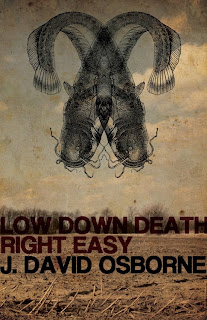 Low Down Death, Right Easy - J. David Osbourne - So many things to be excited about with this one. Style, tone, content, heart and a willingness to fuck it all up in a single sentence. Osborne uses words sparingly with great efficiency and proficiency - go ahead and read it again. You'll want to. 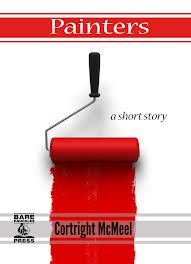 Painters - Cortright McMeel - A short story, really. Not a book, but sold for .99 as an eBook. I read this on the plane on my way to N@B-Denver's memorial to Cort who left us way too soon, and it was a double-edged experience. On the one-hand, I enjoyed seeing my friend come through in his characters, and on the other, I was angered and saddened all over again that there weren't going to be more of these coming. 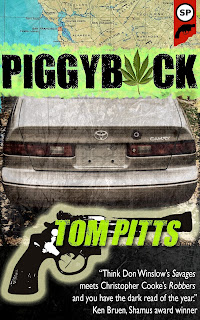 Piggyback - Tom Pitts - Remember the good ol' days of gritty, pulp crime paperbacks that served up straight forward stories of bad choices and hard luck without side dishes or even garnish? They tasted something like this. Dig the streamlined story. Dig the nasty intent. Dig the economic word count. 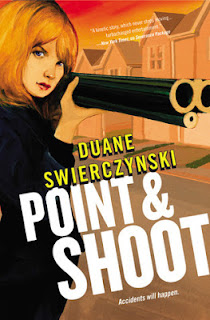 Point & Shoot - Duane Swierczynski - After the ticking clock precision of Fun & Games and the Alice-down-the-hole trippy-ness of Hell & Gone, uncle Duane's back to finish out the Charlie Hardy saga by... doing many more really awful things to the hero. Gah, I love these books. I also get the feeling there may be more Hardy boys adventures somewhere down the line. 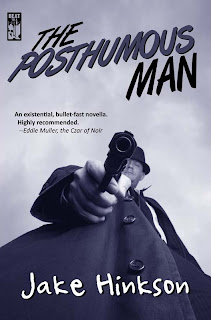 The Posthumous Man - Jake Hinkson - After Hell on Church Street, I'd have read Hinkson's follow up had it been a cook book. Luckily for me The Posthumous Man is another crime novel - and a damn fine one at that. One of the chief pleasures of Hinkson's work is the reader's awareness of his affinity for mid-century, American, hardboiled classics, that is more about state of mind than language, and his ability to bring those philosophies to the 21st century convincingly. The result is a simultaneous loving-familiarity with the outlook and perverse excitement anticipating his subversion. You know you are in very assured and qualified story telling hands, but have no idea where they are taking you. I also love that he's making Arkansonian Baptist Crime Fiction his own personal territory, though I wish I'd written my youth pastor crime story first (ah well, I won't mind being tagged as a rip-off artist so much - I am). 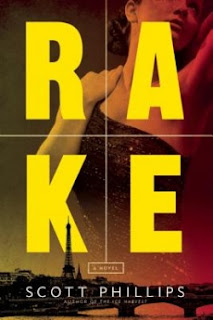 Rake - Scott Phillips - Not since Clark Griswold has a perpetually enthusiastic and optimistic American wreaked such havoc on Europe. The unnamed narrator of Rake is another randy sociopath blithely using any and every-body he meets to further his agenda which includes getting a feature film made and getting laid - a lot. These purposes cross rather frequently and dangerously culminating in consequences gruesome and hilarious. The particularly grotesque fate of the writer is, um... how you say, hitting too close to home? 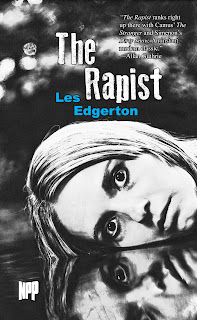 The Rapist - Les Edgerton - Speaking of randy sociopaths blithely taking their own... Edgerton has wrought a helluva creation in Truman Ferris Pinter, the titular narrator of his novella. The weakness of any narcissist, his utter self-absorption, is also the source of Pinter's power, his prickly, but fascinating charisma. From his prison cell, the villain presents the case for his intellectual and moral superiority with equal parts eloquence and delusion, disarming in his frankness and infuriating in his audacity, it's an absorbing, unsettling and sweetly-brief read. 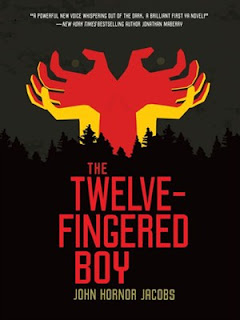 Twelve-Fingered Boy - John Hornor Jacobs - My first YA review. I read this one to my kids, but enjoyed it enough to give it a shout-out here. Jacobs doesn't shy away from terrifying adult material when writing for a young audience. His audience does factor in at times, particularly in the restraint of description of a pedophile's crimes, but I'd say that not getting specifics, the cloud of vagueness the crime is enveloped in, gives it (less shock, but) more power. Looking forward to the sequel.

Posted by jedidiah ayres at 9:54 AM

What I like about a list such as this one is there will be a handful of books I know and I can use the level of those books to judge whether I'll like the others.
My belief is that I will quite enjoy those I haven't yet read.
Thanks