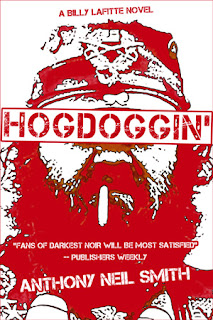 Even as I write this N@B-TC (Twin Cities) is balls deep in its inaugural event featuring N@B-STL alum John Rector, Sean Doolittle & Anthony Neil Smith, plus Jess Lourey and emcee Paul von Stoetzel, and thanks to the Twitter updates from Kate and Dan Malmon I'm learning that Paul's next feature film will be an adaptation of Neil's excellent novel Hogdoggin'.

This is excellent shit-a-brick news.

I mean that there's a Minnesota chapter of N@B, not that that guy who made a kick ass short film from my short story Viscosity is adapting one of my favorite books of the last ten years.

Anyway, best to everyone involved with both of those projects and I hope N@B-TC has a long, filthy life just like N@B-STL has. Four years now we've been doing our thing and alum Richard Thomas just interviewed me about the whole thing over at Walrus Publishing's website. In the interview I unveil plans for a line of N@B scented candles. Meanwhile, Scott Phillips, the other half of N@B-STL gets his interview in the L.A. Times. Read that shit here. 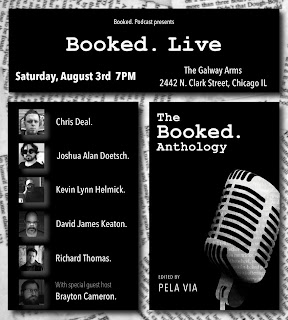 Twin Cities aren't the only ones with great live-reading events this week. Chicago area folks have the Booked Live event to look forward to Saturday - where you won't only get reading from Kevin Lynn Helmick, David James Keaton, Richard Thomas, Chris Deal and Joshua Alan Doetsch, you'll also have the opportunity to get your brand new copy of The Booked Anthology signed by the readers, Robb & Liv. Wish I could be there. And wish I could be in there too - looks like a solid collection. 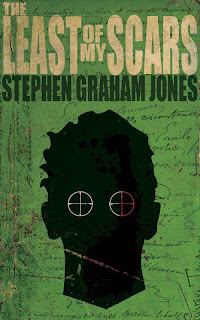 If you're up for an exercise in anonymity and creativity J. David Osborne has got a proposal for you. His press Broken River Books is getting ready to launch later this year (and they've just announced one of their first releases - The Least of My Scars by Stephen Graham Jones) and he's planning an anthology unlike any I've ever heard of... Here, you read the press release over at Sandra Seamans' blog and decide for yourself whether you're into it. 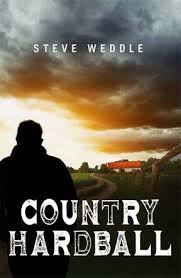 Did you see the lineup of the new issue of Needle magazine? Holy crap, Dennis Tafoya, Clayton Lindemuth, C.J. Edwards, Kieran Shea, Jimmy Callaway, Sarah Weinman... and on and on. Gotta hand it to that Steve Weddle cat. Keeps the hits coming. And a big official HBW congratulations to Stevie on his book deal. Looking forward to Country Hardball, sir.

Lastly, Nigel Bird gave me a shot of love over at Sea Minor this week. Thanks, Nigel. I appreciate the recent reviews of Fierce Bitches and A F*ckload of Shorts I've noticed popping up on Goodreads, Amazon and a blog or two. I'm not above checking them out
Posted by jedidiah ayres at 9:19 PM

Labels: Interview with me

Thanks Jed. Yeah we just about packed the place and it seems a good time was had by all. I even talked Rector into reading that jacked up Rachael Ray story about her cooking the fetus. Good times.

LOVE that story. Man it is messed up. The first story I fell in love with putting together N@B2 - You're missing out if you haven't read Rector's Rachael Ray