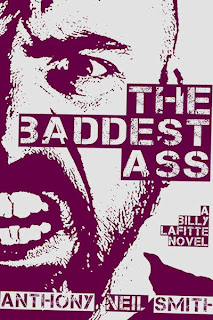 The Baddest Ass - Anthony Neil Smith - What's not to admire about the Billy Lafitte series? I know a lot of series authors make promises, but kids, I guarantee that Smith is never going to give you the same book twice. Each installment in this saga has a completely different setting (world, really) and a new rung on the ladder to hell for Lafitte to slip from. Also, each has a brannew fresh perspective and tone. Smith's hand does not shake and his eyes do not blink. There are no blowing curtains for the camera to pan to in one of his novels. He dreams up a nightmare, drops you inside and faces the worst of it for the duration. Love the structure too. 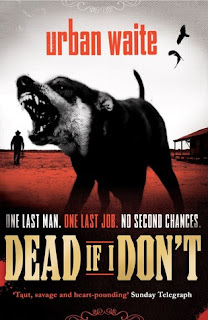 The Carrion Birds (also known as Dead if I Don't in UK and I really love that cover so I'm posting it instead) - Urban Waite - A town without pity, a killer at the end of his career, a ruthless cartel and a stolen shipment of drugs are going to make for a helluva shootout in the no-longer-okay corral. I dig Waite's fiction milieu and I enjoy his themes and language too. Half pulp novel, half grand-themed tragedy, Waite makes it go down easy. 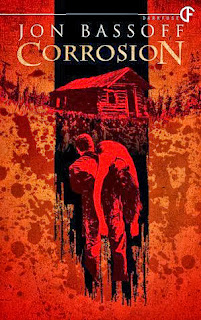 Corrosion - Jon Bassoff - Psycho noir with some bad religion in the mix. It begins standing on familiar ground with sturdy legs, but throws some really nice structural curveballs the reader's way that elevate it beyond its pulp-fiction heritage. Don't let me give you the impression that Bassoff ain't digging pulps though. He gets that tone and that subterranean drive just right, but he's gonna add dimension to his story that you're just not going to find in throwaway horror/noirs. Some definite authorial signatures emerge when you compare Corrosion to The Disassembled Man (published under the pseudonym Nate Flexer) that only make me more interested in his next book more. 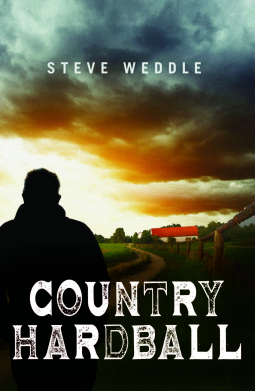 Country Hardball - Steve Weddle - Remarkable how much the mindset of reading a novel (as opposed to linked-short stories) enhanced the experience of this book for me. I'd read some of the chapters before, but encountering them as pieces of a greater whole was a revelation. Form and format and the flying fucks not given for your best-seller/thriller/mass-market formula elevate the chapters and their brevity and snapshot quality enhance the existential anxiety behind them. I dig this book big time. 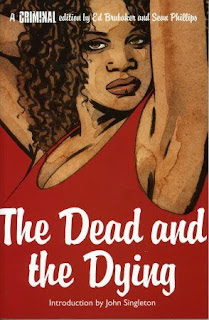 Criminal: The Dead & the Dying - Ed Brubaker, Sean Phillips - Love this series. Especially loved this volume. The graphic novels stand alone just fine, but the over-arching story, the big picture, the inter-connectedness of the Criminal universe tease through here and I'm only now picking up on it. Silly boy. This is top-grade shit. 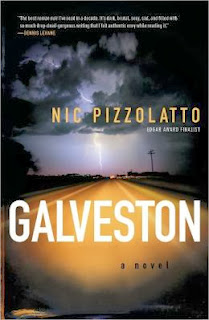 Galveston - Nic Pizzolatto - Hardboiled poetry and melancholy meditations in a James Sallis-like vein. I dig it. Can't wait to check out True Detective on HBO (or on DVD actually - don't tell me what happens!) 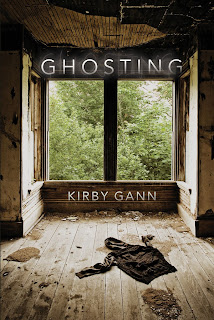 Ghosting - Kirby Gann - Great use of language, sense of place (Kentucky wilds) and creation of characters that you believe in, feel for and are horrified by. Not at all structured like a thriller, but could be mistaken for one, having many of the same ingredients - stolen drugs, missing persons, complex and violent histories, blood-loyalties and blood-debts. Count me in for more Gann in the future. 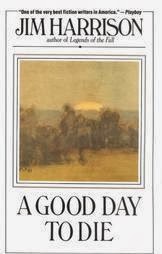 A Good Day to Die - Jim Harrison - You know how it goes, you get a little lit at a party, talk some shit, make some new friends, feel your convictions deeply, your passions run wild and you see crystal clarity where obstructions once stood in your reasoning and by the end of the evening you and your new best friend have decided to blow up a dam out west. So, you know how it goes, the next morning, your hangovers aren't quite enough to cool either of your passions and so you pack your car in Florida and select a tape to drive across the country with. And the next day, you've picked up a girl for the trip and nobody's yet backed down. And eventually you're trying to purchase dynamite and nobody's friendly anymore and... you know how it goes. 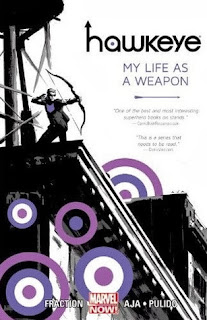 Hawkeye: My Life as a Weapon - Matt Fraction, David Aja, Alan Davis - My first ever super-hero comic. I'd totally go for more like this, and that's probably because it's not much of a super-hero comic. Or rather it plays on the notion of super heroes in a fun, snappy meta-textual way that's really the appeal here. It's light and playful and it's supposed to be light and playful. Considering the sophistication in the writing and art that even a novice like me could appreciate, I'm sure there are many more layers that completely escaped notice. 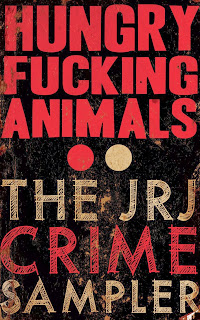 Hungry Fucking Animals - Jeremy Robert Johnson - JRJ's is a name that's been impossible to avoid in the last couple of years, so when his short-story samplers hit Kindle for 99cents and sported such fantastic titles, how could I not try? My favorite of the titles was How to Fuck Up Everything and Die Alone, but it was for 'the JRJ drug sampler,' and seeing as how there was a 'JRJ crime sampler,' I think my choice was clear. 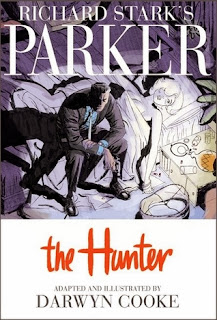 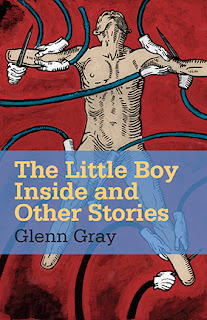 The Little Boy Inside and Other Stories - Glenn Gray - You know I love Gray's stuff. In fact, I just had to write this one it's own piece (read it right here). Really hope somebody publishes his crime novel about body-builders, black market drugs and the Russian mob in New York soon. 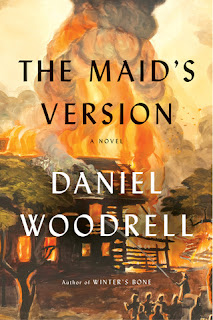 The Maid's Version - Daniel Woodrell - A multi-generational saga that feels expansive and fully-fleshed in under two hundred pages... That, friends, takes practice. Few better arguments for economy and refinement of craft than reading this one. 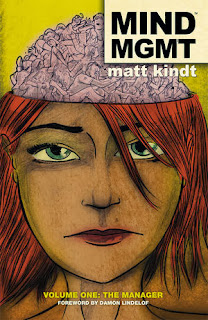 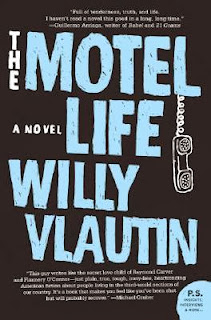 Motel Life - Willie Vlauten - When Frank's brother Jerry shows up in the middle of the night distraught over having killed a young man in a car accident (from which he has fled), the two hit the road before the cops can catch up. What follows is a back-road highway odyssey of low-living and heartbreak. Somewhere early in his life Frank decided (unconsciously) that he was a loser and took on the role with a conviction that it was worth doing it right. 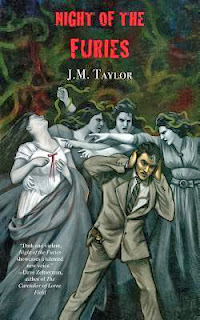 Night of the Furies - J.M. Taylor - Hardboiled crime novel in the Greek tragedy vein, Taylor writes like he knows both inside and out. It's fast, bloody and dirty business. 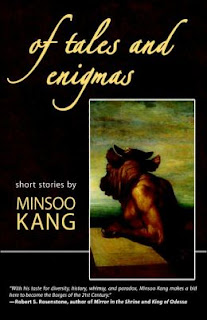 Of Tales and Enigmas - Minsoo Kang - Stories about... stories and storytelling, myth and its purpose. Ghosts, gods and good grammar. Classical in style and philosophical in content, it's not my typical read, but it was a good palate cleanser and thought-provoker. Working up the guts to tackle Kang's Sublime Dreams of Living Machines: The Automaton in the European Imagination. That one sounds heady and dense. 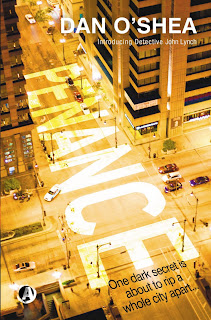 Penance - Dan O'Shea - Somewhere between James Ellroy's histories and Stephen Hunter's modern bullet fests lies O'Shea's sweet spot. Drawing on the embarrassingly rich and sordid undgerground/scandal-sheet lore of his home town (Chicago) he spins a narrative that works out on a couple of different timelines with enough curveballs to keep thriller readers off-balance and sated simultaneously. 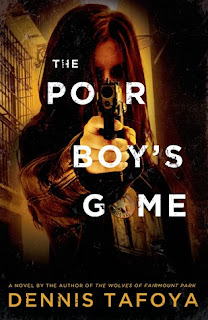 Poor Boy's Game - Dennis Tafoya - Patrick Mullen the union enforcer has escaped from prison and his former associates and enemies are catching a bad case of death, meanwhile his two now adult, but forever fucked-up little girls are in danger from somebody who is probably a still-living former associate of their estranged  father. The more stable of the now-adult girls is Frannie whose career with the US Marshals just ended with a spectacularly bad day where her mistake got a partner shot. She'd like to be left alone to self-destruct quietly, but her sister desperately needs taking care of and there's the small matter of some asshole trying to kill her. The appeal of Tafoya is two-fold for me: he writes broken people and gunfights so damn well. Both on display here. No brainer. (Look for The Poor Boy's Game this summer) 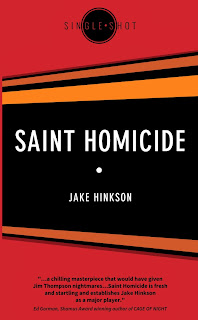 Saint Homicide - Jake Hinkson - Dude... Dude. This guy writes books so specifically for me I feel like a petty despot demanding personalized novels along with designer clothes, cars and whatever the hell else the absurdly powerful get used to. The latest noirvella from Crime Factory's Single Shot line is the jailhouse confession/testimony of a Travis Bickle-ish religious nut whose story is twisted and whose voice is frightening. More please. 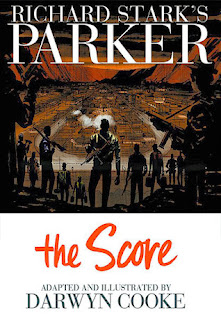 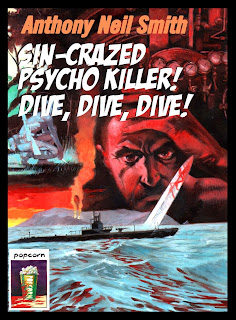 Sin-Crazed Psycho Killer! Dive, Dive, Dive! - Anthony Neil Smith - This is insane. And fucking hilarious. And insane. Only available as a Kindle original, but it's cheap and fast and fun and... insane. 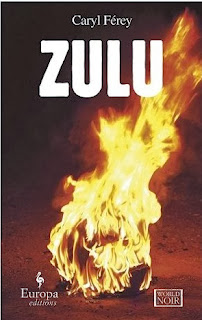 Zulu - Caryl Ferey - Brutality and bleakness and corruption and copness and history and blistering and blacks and whites and coloreds and machetes and drugs and sex and barbeque. Check, check, check ad infinitum. Wonder how the movie version'll stack up.
Posted by jedidiah ayres at 2:16 PM