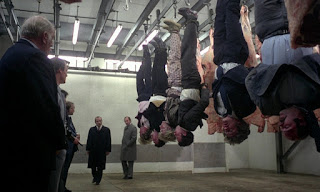 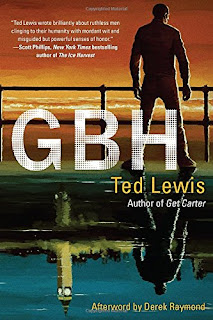 The climax of Ted Lewis's GBH melted my face off. Best known in the U.S. as the guy upon whose book that Sylvester Stallone movie with the same name as that Michael Caine movie was based, the folks at Soho Press have brought his final novel into print in the U.S. for the first time and damn... Ted didn't hold back. Lewis died young and had slid from prominence since Get Carter, Mike Hodges's film version of Lewis's book Jack's Return Home (which, hey did you know was also adapted as a Bernie Casey/Pam Grier vehicle called Hit Man in 1972?), had prompted a couple of prequels. You know what you should do is go read Ray Banks' piece at The Rap Sheet about why GBH (stands for Grievous Bodily Harm) is the one Lewis really ought to be remembered for. Not that you shouldn't catch up with his other titles - Billy Rags and Plender have just climbed atop my teetering tbr pile and Syndicate Books has brought the Jack Carter books back into print recently. Also check out Andrew Nette's terrific piece about Lewis at the Los Angeles Review of Books. 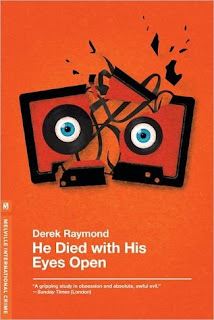 Aside from Lewis, the Soho gang also brought back Derek Raymond's Factory books a few years ago so, you know you're in for a sour-cored jawbreaker of a black novel when they're bringing it to you. Do yourself a favor and start with He Died With His Eyes Open and build up a few reading calluses 'cause if you start with I Was Dora Suarez you may just die bleeding out your eyeballs. 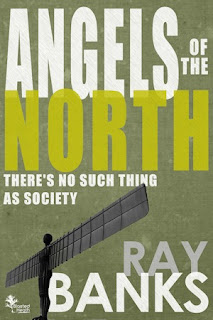 But back to Ray Banks. His latest Angels of the North is a monster and it growls at me from my bowed bookshelf every day - seriously, I've found alternate routes to the kitchen because I'm so intimidated. While steeling yourself for that one you can pop a little Vitamin Banks at The Big Click where a new short story Conduct Unbecoming just surfaced (hey, issue 20's also got Tony Black, so you can't go wrong there). 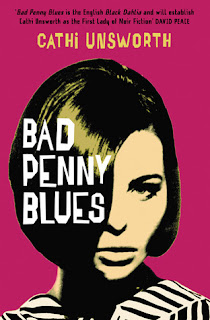 Currently, I'm ripping through Cathi Unsworth's Bad Penny Blues - it's shaping up to be an epic crush of souls in 1960s London and I can already feel the ghosts fighting over corners of my psyche to haunt. Dig that David Peace blurb on the cover, "The English Black Dahlia," - yeah, kinda feels like that. 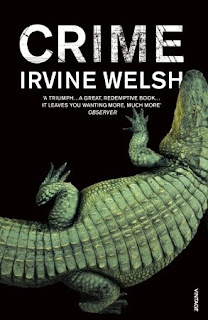 Having loved Jon S. Baird's movie Filth so much last year I got some serious oh shit I should have read the book first vibes from all corners of the web and while I haven't ruled out going back to the source novel by Irvine Welsh, I did proceed immediately to pick up Crime which has a protagonist who's a supporting cast member in Filth. Here's the thing though - Crime takes place in Florida, not Scotland. Well, sure Florida is some fertile soil for fucked up crime stories (and hey, organized pedo rings are pretty fucked up), but I want to return to the original stomping grounds of the author, so I've picked up several options... thinking maybe Glue? Do you have a suggestion? Lemme know. 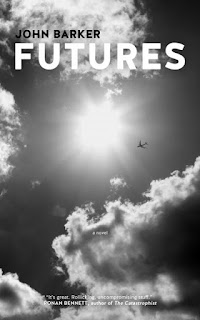 Another one I'm eager to dive into is Futures by John Barker - a cocaine 1980s London novel published last year by PM Press. Fucker looks serious and daaark and rich and I get a coooold shiver every time I fondle it (happens often - I should read this one next).

And of course movies... 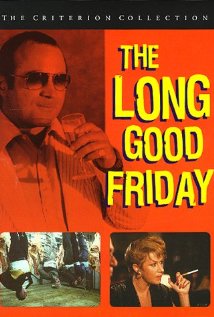 If you've never seen John Mackenzie's The Long Good Friday, you sir or madam now have got your homework assignment. Reading GBH made me hungry for another viewing of this one. They deal with similar characters and material and make having it all feel like a nightmare so much more effectively than any other gangland romance I've ever encountered. Shit is morally terrifying. 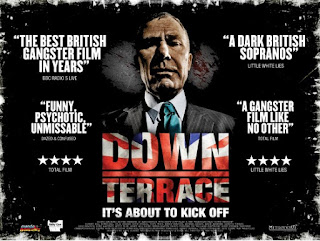 How about something more recent and equally horrifying like Ben Wheatley's entire body of work. Yeah, Kill List is great and his shit gets weirder and weirder, but Down Terrace is the one that first freaked us the fuck out with its weird half-comic, pathetic, heartless tone. Is it a crime flick? A comedy? A horror movie? Do you laugh? Cry? Scream? Yes. Holy fuck, yes. Can't wait to see what Wheatley's J.G. Ballard adaptation High-Rise looks like. 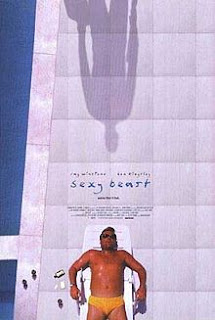 Sticking with the gangster movie as horror, I don't think they get any sweeter, nastier, tastier or invigorating than Brian Glazer's Sexy Beast. Taps into the eternal fear of never being clear of what you did to get where you are. Stylish as hell and very much about it as well, if you dug Glazer's recent Under the Skin as much as you should have, go back and give this one a go. 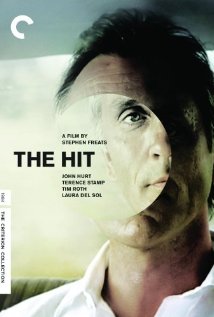 One more about moving on, but not running away, from the past is Stephen Frears's The Hit. Terrence Stamp plays a gangster who grassed on his cohorts and knows he hasn't saved his own skin, only refrigerated it for slaughter later. So ten years after when John Hurt and Tim Roth show up to deliver him unto his destiny they find his coolness about fate philosophically off-putting. I won't spoil anything, but aside from several terrific set pieces in between, this film has as good an ending and memorable a beginning as you can reasonably hope to have in one career. 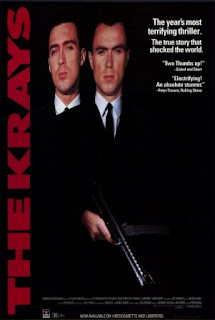 Finally, in anticipation of Brian Helgeland's Legend featuring Tom Hardy in dual roles as Ronald and Reginald Kray, London's infamous identical twin gangsters of the last mid century, I'm happy to see that Peter Medak's The Krays has popped up on Netflix streaming. This one came out when I was in high school and starred Gary and Martin Kemp (the identical twin brothers from Spandau Ballet) as the ruthless siblings. Haven't seen it since the early 90s, but it made a big impression on me and I'm curious whether it holds up.

GBH melted my face off, too, something like the way Savage Night did.