And Make it Snappy: The Legend of 'The Alligator Man' Joe Ball 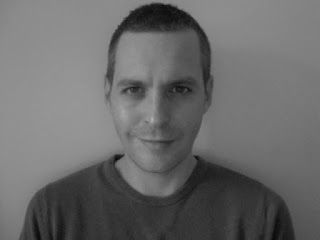 A couple months ago Adam Howe published a terrific guest piece here about the late actor Joe Spinell, whom he claims to always be writing roles for. I'm happy to say he's back today with another piece about another influence - the legend of The Alligator Man Joe Ball. Howe's writing is steeped in the influence of trashy exploitation cinema, but the temperature of his interest, purity of his appreciation and the keen, empathetic, critical eye he applies to the subject elevates the material out of the rubbish bin it is sometimes relegated to. Comes through in his writing too. Earlier this year Comet Press released a collection of novellas from Howe, Black Cat Mojo, which read like exploitation fiction accidentally infused with soul. His latest novella, Gator Bait is a straight-up crime story that isn't fucking kidding around. 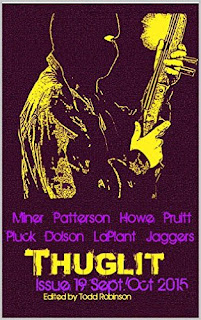 So check out this piece on Ball and then get your eyes on some of Adam's fiction (perhaps his story Clean-Up on Aisle 3 in the latest issue of Thuglit alongside another ace HBW guest contributor, Eryk Pruitt, as well as Thomas Pluck, Mike Miner, Don LaPlant, J. David Jaggers, Nikki Dolson and Brandon Patterson) 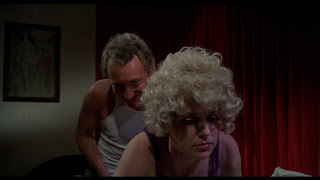 “Name’s Buck,” says the whorehouse john as he unzips his fly: “an’ I’m rarin’ to fuck.”  Buck (played by a pre-Freddy fame Robert Englund) likes it the French way – that’s in the ass, non-French speakers. The whore ain’t happy about it and she puts up a fight… So begins Tobe Hooper’s Eaten Alive, the director’s follow-up to his 1974 breakout hit The Texas Chainsaw Massacre.  (Though chances are you’ll remember the line from movie magpie Quentin Tarantino’s Kill Bill Vol.1) 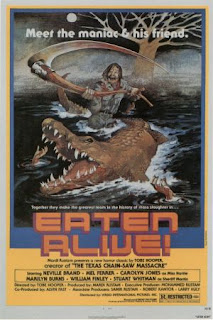 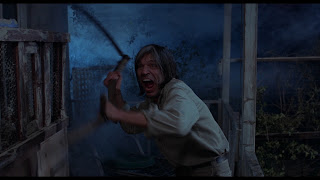 Compared to Hooper’s classic Texas Chainsaw, which has retained its power to disturb decades after its release, Eaten Alive is – frankly – a piece of shit. The direction is uneven at best. Performances range from bad to worse. Actors vie to out-improvise each other and at times appear to be acting in completely different movies. The sets are clunky and visibly wobble. The fake crocodile sucks… 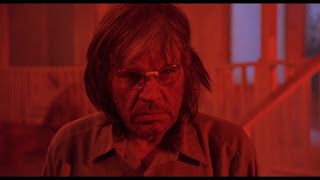 Watching Eaten Alive, and much of the Hooper’s subsequent output, you can’t help but feel the director caught lightning in a bottle with Texas Chainsaw. He never quite repeated the trick, despite showing flashes of brilliance in his TV adaptation of Stephen King’s Salem’s Lot, and killer carnies flick The Funhouse. (Let’s face it, Spielberg at the very least quarterbacked Poltergeist.) And yet, for the connoisseur of good bad movies, Eaten Alive is not without dubious charms. 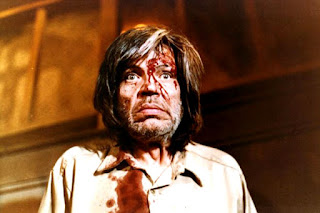 William Finley’s insane improvisations as a feckless husband and father who might be even crazier than Judd. (Hooper appears to have fed Finley a hit of acid and then let him rip.)
The nightmare image of a monkey slowly dying in its cage.
Judd’s giant croc devouring Finley’s daughter’s dog, plus a whole host of human folks – for a backwoods hotel, the Starlight has an unfeasibly high turnover of guests.

Like Texas Chainsaw before it, which was inspired by the exploits of everybody’s favourite grave-robbing ghoul Ed Gein, Eaten Alive takes its cue from another real-life monster: Joe ‘The Alligator Man’ Ball.  For the most detailed account of the case, I urge you to read the Texas Monthly article by Michael Hall: Two Barmaids, Five Alligators, and the Butcher of Elmendorf.

But here’s the skinny:

The most widely published photo of Joe Ball shows a rough n’ tumble sumbitch wearing a strongman leotard and clutching a pint bottle of hooch. After fighting on the front lines during World War I, Ball made his living as a Prohibition-era bootlegger. When Amendment 18 was repealed, he opened a tavern in Elmendorf, South Texas: The Sociable Inn. Place had good liquor and pretty waitresses – Ball had an eye for the ladies – but what really drew the crowds were the alligators Ball kept in a pit out back. He’d entertain folks with live feedings of cats and dogs to his pets. When a number of women were reported missing – including Sociable waitresses, Ball’s girlfriends, and his wife – the law arrived at the tavern to question Ball. Agreeing to accompany the cops into town, Ball first asked permission to empty the cash register. Instead he pulled a pistol and fired a fatal shot through his own heart. In the investigation that followed, a handyman named Clifford Wheeler confessed to being Ball’s accomplice in as many as twenty murders, with the gators devouring the evidence. The San Antonio zoo later adopted Ball’s reptilian accomplices and the gators became macabre tourist attractions.

Despite there never being any concrete evidence that Ball ever fed his victims to the gators, once the pulp writers got their grubby mitts on the story, tales of ‘The Alligator Man’ tossing live victims to his ravenous reptiles became legend. 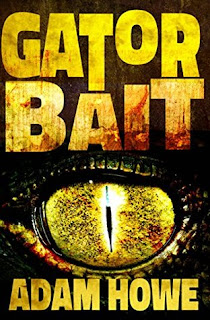 Posted by jedidiah ayres at 3:59 PM