Wolven Amongst the Sheep 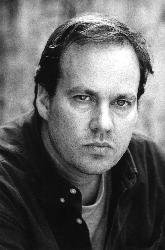 Few author discoveries have thrilled me as much as that of Scott Wolven. I'm not even sure which of his stories I read first as I consumed every one I could find floating in this magic space of online literary crime journals in the late aughties - places like Plots With Guns and Thuglit as well as in an unparalleled stretch of inclusion in seven sequential Otto Penzler's Best American Mystery Stories of the year of Our Lord...

His sole collection of fiction, Controlled Burn, featured several of the stories I'd already read, but it re-contextualized them when I realized that they were connected, they were telling a larger story - it's a novel. Sort of. 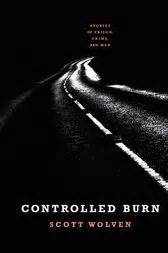 One of the signatures of his style is keeping the meat of each story unspoken, unexplained and obscured. What lurks behind the characters, looms beneath the surface, you have to judge from the swell it creates, the shadow it casts and the actions it inspires.

And it is terrible.

During that time ten and fifteen years past I discovered many favorites which I had the (mostly false) sensation of being a part of their ascendancy, an early herald and nurturing supporter of that thing that now everybody enjoys and respects and reveres. That somehow my personal appreciation and enthusiasm had played a part in their achieving the greater recognition they deserved, as if the work I'd responded to so strongly couldn't speak for itself, but needed me as an ambassador, as if its merits weren't self-evident. Many of those voices I felt I'd gotten in on the ground floor of have made graceful transitions to better known status, wider readership and the community of early fans share a pleasant and flattering illusion of having gracefully handed them off to the next stage of their careers. 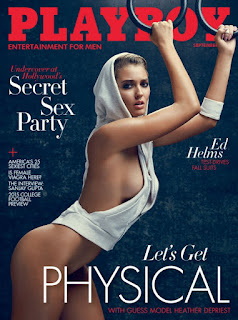 But somehow Wolven remains that secret. Nevermind the unanimous admiration and respect bordering on awe of the small time crime community I belong to, nevermind the last new story of his I saw was featured in a major fucking venue you may have heard of - Playboy magazine - he's still ours.

How has this handoff not yet happened? Why is he not yet the crowned king of noir? 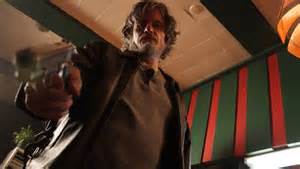 For years rumors have come and gone about a novel soon to drop, a film project or a collection of novellas. Titles like King Zero and (appropriately) False Hopes appear shimmering on the horizon like fair maidens with cool water and palm fronds, but never seem to grow nearer. Other rumors about publishing deals hitting snags and books being swallowed up in nightmarish contractual black holes persist. Rumors this blog and this post may inflame - hopefully, a controlled burn. 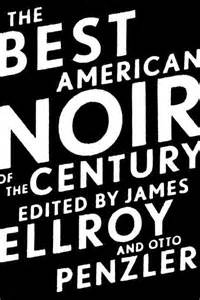 The burn was rekindled this week when I stumbled across an old piece I'd written for Brian Lindenmuth at Spinetingler Magazine. They used to review fiction anthologies story by story and I caught the assignment to talk about Scott's story Controlled Burn that was featured in The Best American Noir of the Century edited by Otto Penzler and James Ellroy.

In rural New Hampshire a roughneck going by the name of Bill Allen is trying to earn some money and keep a low profile. Not sure which is harder to do. He takes his cash payments for long days of physical labor and flinches every time the office phone rings, imagining it’s someone checking up on him, his background information, his story. He shot a convenience store clerk when his gun went off accidentally during a robbery several months earlier. He’s been Bill Allen since then and looking over his shoulder even more than usual.

The panic and guilt he lives with are a combustible mix bottled up inside waiting to be ignited by his survival instincts and he walks among us a living hand grenade. He wrestles with the notion of turning himself in or going on constructing life and identity on top of life and identity. Neither option is terribly attractive, but that’s the tension familiar to anyone who’s read Wolven’s work before.

Controlled Burn is also the titular story from his collection and the metaphor is dead on. The fire, the potential consuming and destructive force trapped inside the men of his stories, is laughably labeled ‘under control,’ when it’s simply not something that could ever be. They know they can take certain precautions and stay away from people as much as possible, but the inevitable episodes of ‘controlled burn’ always create as many problems as they solve. The literal fire in the story, set to destroy illegal marijuana plants hidden on someone’s property hours ahead of a search warrant is executed, mirrors the psychic house cleaning ‘Bill Allen’ is preparing for. Time to move on, destroy this set of lies and pick up another.

Wolven’s power is in the straight-forward language his beneath the surface voice employs. There is more meaning packed into the details and dialogue contained in his short stories than most best-sellers put into a 400 page novel. The richness of character and place and the existential melancholy vibrating through every paragraph of this story make it a no-brainer for inclusion in a collection titled Best American Noir of the Century. 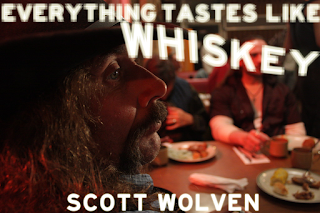 So for goodness' sake if you haven't yet read Scott Wolven's work hunt some down. Check out that Playboy link above or how about this Plots With Guns archive for Everything Tastes Like Whiskey, then go buy a copy of Controlled Burn and get on the horn to your favorite publishers and make enough noise to bring Wolven out amongst the sheep of 'noir' (let's face it, 99% of you -we- noirsters have to turn in our hard cards when comparing your work with his) -  it's what the world needs now.

Meanwhile, give this short film Hepburn directed by Tommy Davis based on Scott's story Hammerlock a looksee and check out this interview that Cort McMeel conducted with Scott for Noir Nation.
Posted by jedidiah ayres at 10:01 AM

Wolven is such a good writer, a modern crime master of the short form...

I tried calling the guy up once, just to ask if he had anything forthcoming. I had read pre pub announcements for titles that subsequently disappeared.I suppose I was nosey and intrusive.

Thanks for the reminder on Wolven. I read the short story collection in a single sitting in a hotel lobby on Thanksgiving and still remember that day more than years ago like it was yesterday. Such a powerful book.

It is only fitting that I found this blog searching for any new news on what is going on with Wolven. If any new work was forth coming. And again, I find myself chasing frost.

Though not mention in the blog, but if you are reading this...go find the story 8 Ball. It is online. And it might we one of the best, most complete short stories ever written by Wolven, or anyone else.