Talking Monkey From the Future - Only Says 'Ficus' 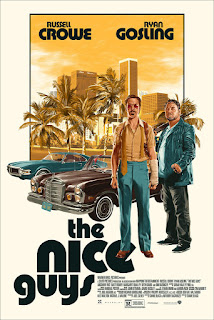 Saw The Nice Guys. Dude. Dooood. Enjoyed the hell out of that. Doesn't look like it's setting the boxoffice on fire like it oughtta. WTF, 2016 with the quality crime pics getting the shit shoulder? This one's even a custom-built crowd pleaser. It's got that perfect Black pitch overgrown boys like myself love so much. Everything, from the music to the clothing, about the 70s setting is damned fun as are Russell Crowe in grumpy slab of beef mode and Ryan Gosling killing me with slapstick and high-pitched screaming (fuck that guy, btw - handsome and funny - fuuuuuuck yewwww). 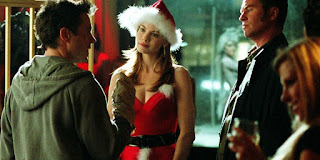 If you've got any interest in this flick you've probably heard about the callbacks to other Shane Black scripts. The odd couple tough guys - two straight white dudes this time - as opposed to a white guy and a black guy (Lethal Weapon, The Last Boy Scout... um, Iron Man 3), a white lady and a black guy (The Long Kiss Goodnight), or two white guys one gay (Kiss Kiss, Bang Bang), misadventures in corpse disposal, torture by electrocution, the indignity of bathroom surprises... and it's set near Christmas time in L.A. too (what, October/November is too near Christmas time). 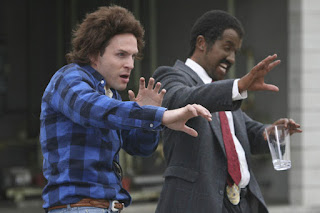 Or about the way it opens exactly the same way Lethal Weapon does - with a nude woman dead atop a wrecked automobile, and the scene where Russ and Ryan go through a person of interest's burned down house looking exactly the same as Danny Glover and Mel Gibson going through poor ol' Dixie's place in LW. The Nice Guys also represents the most entertaining and engaging heavies in Keith David, Beau Knapp and Matt Bomer since Gary Busey's Mr. Joshua. Each one feels like he belongs in an Elmore Leonard novel by virtue of a look, the delivery of a throwaway - non-witty - line - they're all aces. 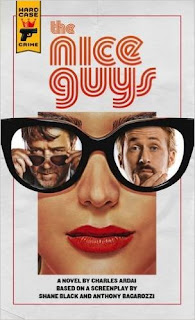 Speaking of pulp novels, Hard Case Crime has released the movie tie-in novel written by none other than Charles Ardai which sounds like a pulp fiction perfection concoction (Max Booth III thinks so too - check out his review over at LitReactor... nevermind that he recommends it for fans of my stuff - he otherwise sounds like he's on the money). 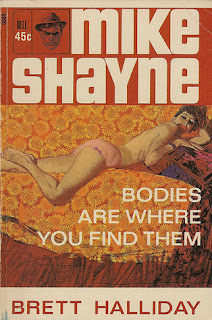 Pulp novels and pornography also are recurring thematic obsessions of Black's. Kiss Kiss Bang Bang was loosely based on a Brett Halliday's Michael Shayne novel Bodies Are Where You Find Them and featured characters obsessed with a Shayne-esque dime novel detective named Johnny Gossamer, plus chapter breaks named after Raymond Chandler books (The Simple Art of Murder, The Lady in the Lake, The Little Sister etc.)  - it'd be meta if it weren't so on the nose.  How about Black's just-announced project - a Doc Savage movie starring Dwayne Johnson... it goes on. 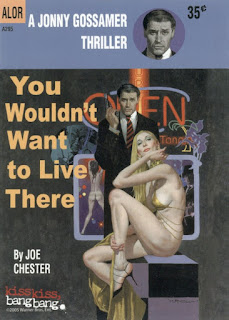 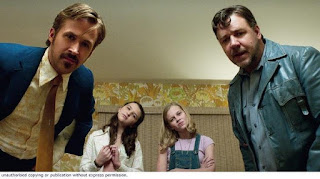 And porno, let's not forget, is a key element of any self-respecting underworld story - from the titillating mcguffin of The Nice Guys to Amanda Hunsicker's tawdry tapes and lascivious lifestyle, it's represented well in Black plots, but I think it emerges as a theme in this latest. If TNG is about anything it seems to be alternately about bad parents fucking up their kids and/or the kids maybe being all right. Between Gosling's alcoholic, and absent-minded-bordering-on-neglectful single dad and Kim Basinger's cold-bloodedness serving as bad parenting producing both good and bad kids, while the kids immersing themselves enthusiastically into 'adult affairs and vices' of the world likewise turn out to be otherwise decent and/or creepy - the little boy ogling the centerfold at the film's opening who then covers the exposed breasts of the flesh and blood woman on the hood of the car and the kid on the bike who keeps offering to show the detectives his dick outside the film maker's crispy home. The film is full of both parents failing to shield their children from ugliness as well as kids rushing to shed their innocence - some turn out decent, others are little shits. 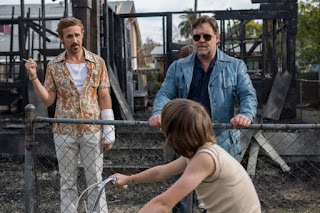 But who cares, if it's not full of the funnies, the gross violence, the playful witties, the bromance of it all? Here's hoping after the Predator reboot and Doc Savage flick are wrapped Shane noir can give us another along the lines of TNG or KKBB... Hell, a sequel to TNG would be swell even. Love to see those two in the eighties. Meantime, I'm watching all the movies again Black to Black. 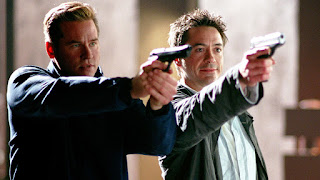 First up was a rewatch of KKBB including the commentary track from Black, Robert Downy Jr. and Val Kilmer. As wordy and motor mouthy as Black and Downy are known for being, holy crap does Kilmer dominate that track. He's got a reputation for being exceptionally difficult for directors to work with and apparently this includes recording commentary tracks. Kudos to Black, Downy and Kilmer himself for working through it and giving us the final product - cuz as 'Gay' Perry he's a scream. 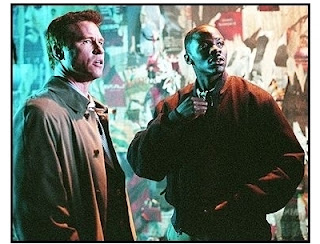 Somebody else who gets a killer and quick-spoken performance from latter career Kilmer? David Mamet did in Spartan. Shit... I love that movie. Part two of Mamet's thematic trilogy preceded by Ronin and wrapped up in Red Belt with that weird little foray into TV with The Unit - it's a terrifically paced and sharp as it needs to be piece of pulp fiction that only gets sharper and pacier every time I watch it.

And speaking of weird forays into TVs... I hope to hell Black is only collecting a paycheck on the latest degradation the legacy of Lethal Weapon is undergoing - as a Fox Television series. I really do dig Clayne Crawford (check out his superior work on Rectify for my case in his favor), but, as the new Martin Riggs, looks to be up to network-tv-shitty-action-silliness while Damon Wayans returns to Black properties (Last Boy Scout - career high?) but unfortunately picked up the phone for the role of Murtaugh on this shit boat. Trailer says it all... Unless this is some Terriers-level good show/bad advertising... which I don't think it is.
Posted by jedidiah ayres at 4:03 AM

You should check out LA Morse's SLEAZE and THE BIG ENCHILADA.

I should. I've seen those referenced before, but haven't done my homework, clearly.

Great flick. And I must quote "There's an elephant. Quick! Let's drain its blood so I can paint my boathouse" at least once a week...

SPARTAN is one of my favorite flicks. Kilmer does a great job.

SPARTAN is one of my favorite flicks. Kilmer does a great job.

Reminded me of Lebowski. Not as funny though. Course what is? There was a plot, but it was beside the point. Just like Lebowski. B-