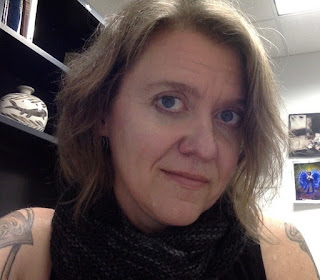 You know, you put the call out there for guest pieces about songs that tell a dark story and you expect a murder ballad or two, but I've been waiting for a proper metal or rap entry a surprisingly long time (hey, Jordan Harper I think you threatened to do both). Today K. Eason author of the just released Enemy contributed this piece about the song Silent Waters by Finnish metal band, Amorphis. Story? Check. Dark? Uh-huh. Grisly? Just a bit. Buckle up.

If you survive the crash check out K.'s own brand of dark fantasy. 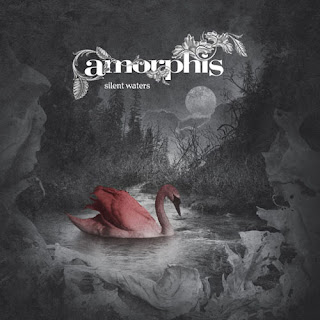 It starts with a body in the river. A young man's body, not much more than a boy.

His name is Lemminkainen, and he was trying court a young woman from Tuoni. Of course there's a young woman at the root of this. That can't surprise anyone.

Tuoni lies far to the north, cold and dark, bordered by a black river. It's a magic land, guarded by a snake (or a dragon--the stories conflict). The people of Tuoni are good and bad, like most folks. But unlike most folks, they're dead. You see, Tuoni is the underworld, or the otherworld, and living people aren't welcome there.

Lemminkainen was never one to pay attention to rules.

And now he's a body in the river, the black river.

That young woman, who is Louhi's daughter, she must really be something. Princess of the land of the dead and all. Truth is, she's very beautiful. Young women at the center of stories like this always are. Truth is, she's very powerful. She'll inherit Tuoni someday, and all the power of life and death.

Truth is, this young woman's mother--Louhi, Tuoni's queen--disapproved of the courtship. She thought this boy Lemmi (can we call you that, son?) wasn't good enough. What young man is, for an only daughter?

But you don't say no to young men. That just makes them more determined. You set them tasks. Make them prove themselves. And when they fail--and they do fail, like Lemmi failed, as Louhi knew he would--they end up dead in the river.

Only Lemmi has a mother, too. She warned him about Louhi's daughter. She told him, don't do this thing. But he did, of course he did. What young man listens to his mother when there's a beautiful girl to court? Young men think they're immortal.

A day’s light told me of my son’s fate
The sun showed the way, grim and severe
Pulled under the raging waters, my child
Sank in the drowning currents, my son

But when she arrives on the bank of this black, black river, she sees there's the guardian slithering in the shadows--but oh, there, in the water, that black water: her son.

Only he's not just dead. He's in pieces. The guardian, the ghosts--they don't much care for the living.

Lemminkainen's mother has magic, but not enough. And here's where she does what mothers do when they've exhausted all their resources. She asks for help.

I plead for you, oh lightning, forge an iron tool
A magic rake for dragging a river for my son

Because iron, the forging of it--that's magic, too. Human magic, smith magic. A magic that doesn't come from blood and darkness.

God of fire, bring your light
Forger of sun, help me now

The gods of sky, now, they don't have a lot of love for Louhi. They grant Lemminkainen's mother her wish, her rake. And they lend their own magic. Light and warmth that drive the dead back into the shadows and lull the guardian to sleep.

Then Lemmi's mother walks beside that black, black river and she rakes and rakes. And when she's found Lemmi, all of him, she uses her magic to stitch him back together.

This, she can do. A magic born of blood and darkness.

It starts with a body. It ends with a mother doing what mothers do, bringing life out of nothing.

my child, my son 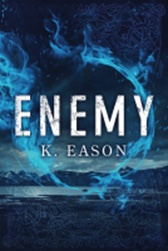 K. Eason started telling tales in her early childhood. After earning two degrees in English literature, she decided to stop writing about everyone else’s stories and get back to writing her own. Now she teaches first-year college students about the zombie apocalypse, Aristotelian ethics, and Beowulf[MM1] (not all at once). She lives in Southern California with her husband and two black cats, and she powers everything with coffee.