Moonrunners & the Camaraderie of Poverty 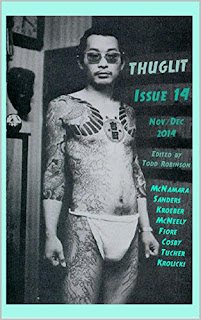 S.A. Cosby's name may be familiar to you readers of Thuglit out there or possibly to listeners of The Crime Scene with Eryk Pruitt podcast where he's been a guest a couple of times discussing issues like race and rural noir, or maybe you were lucky enough to catch him at N@B-Durham a couple weeks back with Pruitt, S.L. Coney, Greg Barth, J. D. Rhoades, Katy Munger and Jay Wilburn. He teased this piece on the latest episode of  The Crime Scene and I'm sorry to have made everybody wait. 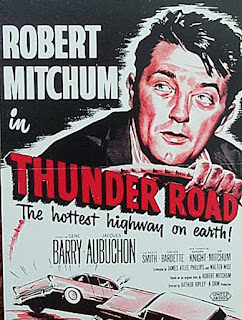 Johnny Shaw ain't the only one allowed to talk about c-movies from the seventies over here. Today Cosby talks about a 1975 dirty south outlaw picture with roots in Thunder Road and offspring still popping up on basic cable. Writer-director Gy Waldron has a pretty specific niche, but made an impact greater than the sum of his iMDB credits, and while most of that impact is camp and treacle, check out Cosby's piece for the personal significance and universal truths Moonrunners represents.

And for goodness sake keep your eyes peeled for his novel My Darkest Prayer in the near future. 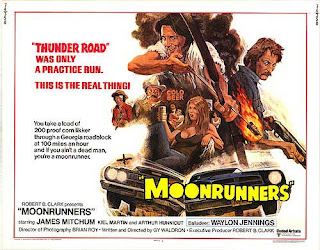 Moonrunners and the Camaraderie of Poverty
by S.A. Cosby

There are certain things that poor rural people have in common regardless of age sex or race. We like cookouts. We adore sweet tea. We love to go to the Taste-Freeze or it's nearest geographical equivalent. We like to drink moonshine on a porch as the sun goes down or around a bonfire. We love fast cars with supercharged engines and souped up four barrel carburetors. And we absolutely adore movies that combine the last two activities. Old, young, black, white if you grew up in the rural South you are drawn to movies about good ol'boys in American muscle cars sticking it to the man or the man's associates. 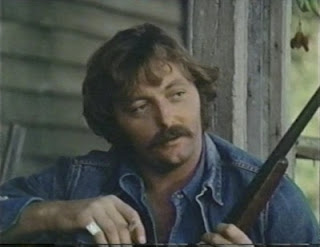 One of my favorite movies in this genre is a grainy sepia toned 70's era low-budget gem called Moonrunners. Filmed in 1973 on a shoe-string budget and starring an assemblage of  B-movie veterans including James Mitchum, the son of Robert Mitchum (he inherited his father's perpetually sleepy eyes if not all of his talent), Moonrunners tells the tale of Uncle Jessie and his two nephews who produce the best moonshine in five counties. The movie recounts their efforts to maintain the purity of their shine and the efforts of a local political “Boss” to horn in on their illegal but honest enterprise. 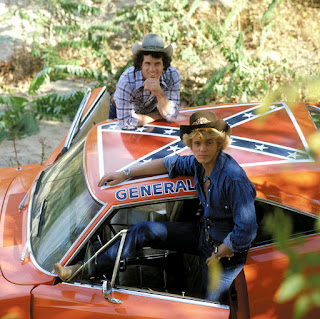 Moonrunners was the basis for the Dukes of Hazzard. But where the Dukes played the plight of poor rural people forced to run moonshine to offset their dire economic predicament to comical effect, Moonrunners plays it mostly straight. Bobby Lee and Grady and Uncle Jessie have to run shine or starve. The cousins are beaten and harassed by local law enforcement who are working for Boss Jake Rainey. Their car is a suped-up 1955 Chevy that looks like they spent all  their money on the engine not the aesthetics.  In the movie characters actually die. Moonrunners isn't Oscar worthy but the film makers never look down their nose at their characters. They may be good 'ol boys but they are not buffoons. 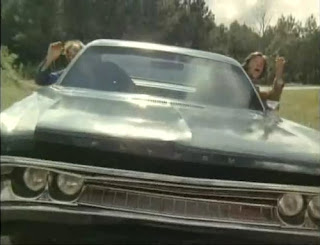 As a ten year old who lived in a house with his mother, grandmother, grandfather, uncle, brother and great-uncle in a house with no indoor plumbing I first saw Moonrunners on the late movie one hot sultry Saturday night. We didn't have an air conditioner so we propped a big metal fan in the window. It sounded like a airplane taking flight but it cooled the house a few degrees. Sitting there in the floor I identified with Bobby Lee and Grady in ways my mind was not yet ready to articulate. I knew what it was like to get water from a hand pump in the front yard. I understood the joy of making something like shine. Something that was free and helped to dull the pain of abject poverty if only for a little while. I had cousins who were on probation that couldn't own guns just like the characters in Moonrunners. In the movies the lead characters weapons of choice were bows and arrows. My cousins preferred sawed-off pool cues but the idea was the same. More than anything I understood the freedom of riding down a two-lane blacktop country road at ninety miles an hour on a hot summer night with the windows open and the radio cranked all the way up until it almost hurt your ears. 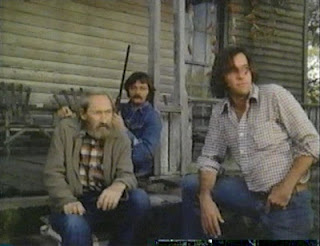 The faces on the screen may have been white but the sentiments were the same.
We are poor.
We are proud.
We are put upon by outside forces.
We won't be denied our freedom.

Those are themes that a multitude of movies have tackled but those movies didn't resonate with me. I had never been a boxer working on the docks like Marlon Brando in On the Waterfront. I didn't know anyone who had been in the Dust Bowl like Tom Joad. But Bobby Lee and Grady?  I lived next door to them. I went to school with their kids. They like their grits the same way I liked mine. 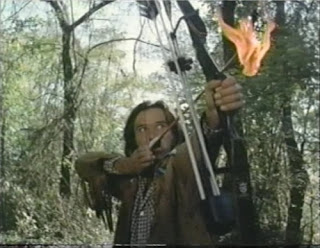 Because of the deep and divisive history of slavery in the South many people would be hard pressed to see any common ground between poor whites and poor blacks. The first knee jerk reaction many African Americans may have is “Well they might be poor but they are still white.” And while this visceral idea is true in some context it is also a woefully short-sighted attitude in other respects. In my life I have found there are times I seem to have more in common with a poor southern white man than I do with a middle class black man from New York.

I've field dressed a deer on  a crisp Autumn morning. I've sucked honeysuckle in a field in June. I've shucked oysters with the scent of the sea still ripe in the air. I captured lightning bugs on a dark July night. I've ridden in the back of a pick-up to a football game. These and hundreds of other experiences are unique to the land below the Mason-Dixon. They are a form of shared connectivity that someone who grew up with sidewalks just can't access. 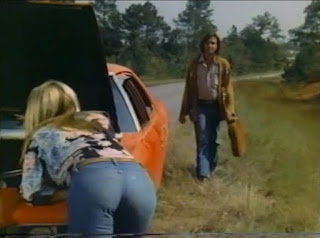 I'm pretty sure the makers of Moonruners were not trying to make some complex social statement when they were filming car chases on dirt roads through the Tennessee hills. And I won't lie to you and say that Moonrunners deserves induction into the Library of Congress. You will be hard pressed to find a copy of the movie in your local Wal-Mart bargain bin. However what the film makers did, perhaps better than anyone else except for the people who made Winter's Bone, was illustrate the reality of a form of poverty most people have not and never will experience. The type of poverty that leaves it's mark on you even after you get a flushing toilet and don't have to sit on the splinters in an outhouse. My family didn't have to contend with a Boss Rainey but we did have a Wetlands Commissioner who consistently denied our permit to get a septic tank.

There are other movies about poor rural living. Great films like Sounder or The Color Purple. Yet even though those films had an all or mostly all black cast their stories resonated with me on a different level than Moonrunners. Sounder was a story that reflected my mother's childhood. It spoke to a life she had lived. I understood what was going on in the film but I didn't understand it in a real intellecutal and intrinsic way. Not like my Mom did. I think I simply wasn't ready to dissect the subtext of a movie like that. Not at ten years old. Sounder is filet mignon. Moonrunners is fast food. As a kid I was able to easily digest the fast food. I had to learn an appreciation for the filet mignon. But both satiated my hunger.

Times have changed since I sat on my grandfather's living room floor and watched a grainy B movie that looked like it was filmed in my back yard. Kids don't seem to have the same love for muscle cars and unregulated liquor that puts hair on you chest. They would rather race cars through the streets of Liberty City. 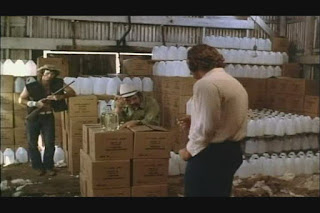 But for us old guys films like Moonrunners remind us of a time when the smell of chitlins filled the house and grandma made the tea so sweet just looking at it gave you diabetes. A time where we ate gravy sandwiches until the next payday. When we were cash poor but rich in spirit. We have a tortured past in the south but sometimes, just sometimes we can outrun it for a little while. In  a big ol' Chevy with four on the floor and duals that sound like a pride of lions as it roars by. It was that idea a movie like Moonrunners was able to articulate to my impressionable mind all those many years ago.

The love of Freedom, like the fear of Poverty, is universal. 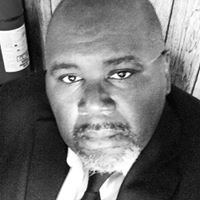 S.A.Cosby is a writer from southeastern Virginia. He has been published in numerous magazines and anthologies including Thuglit, Shakespeare Goes Punk and The Age of Rococco. His fantasy novel Brotherhood of the Blade was published by HCS Publishing. He recently completed his first full length crime novel My Darkest Prayer.
Posted by jedidiah ayres at 9:35 AM

S.A. Cosby is a badass. Y'all get ready. MY DARKEST PRAYER is going to light it up.

A great read. now I need to hunt down the movie.
And I'll be on the lookout for your new book.