Get Thee Behind Me 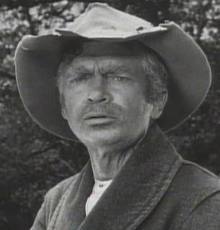 2009 is officially over as of this post. A much better year than its predecessor for me, but still shy of expectations. Many irons big and small warm themselves in the meager fire, but none have emerged hot and ready for striking. Tepid as it may be, I've removed one and begun hammering away at it, (and significantly cut time at an actual paying job to make time for), and I'm flushed with the exertion, risk and excitement of the work. A quick list of strikes and gutters follows.

2009 in writing - 2/7 split. While tremendously enjoying screenwriting projects, I failed to produce a novel - in fact, I threw out the one I spent the better part of the year working on.

2009 in publishing - Spare. Short stories in ThugLit, Sex, Thugs & Rock and Roll, Surreal South and Out of the Gutter, but alas no novel.

2009 in reading - Strike. So many great authors I got around to reading for the first time that I'm embarrassed to admit now that I hadn't yet read.

2009 in the internets - Split. Thanks to everybody who reads, comments on and submits to grilling at HBW it's been gratifying, but I hardly have a moment to browse said 'nets and Twitter? I am so lost. Also those naked celebrity pics are sometimes fakes and might even damage your employer's computer. Thanks to 'nets, I have found another Jed Ayres in the country, but I'm a little fearful to discover which end of the doppelganger I represent.

2009 in movies - Gutter. Bout a half dozen outings to the movie houses which is pitiful, plus gave up on probably 70-80% of the flicks I started watching at home.

2009 in TV - Spare. No The Wire or The Shield, Lost was promising, Big Love's 2nd season was good, The Riches' 2nd season sucked, I lost track of Rescue Me, Damages 1st season warrants a look at the 2nd, Sons of Anarchy's 1st was a mixed bag, Brotherhood wrapped up and never lost it's dignity, Dexter got creepier, funnier and more dull simultaneously, Dollhouse failed to compel me - the long game holds promise, but the episodic nature just wasted my time. Star Wars The Clone Wars is great - kiss my ass haters. Battlestar Galactica followed its pattern of starting brilliantly, sagging mid-season and coming back big in the end. It was a great ride, but thank god, its over. Or is it? Not sure I'm up for all the spinoffs and supplementals, but I'll check out one or two. Mad Men has surprisingly filled the Sopranos void for me. Breaking Bad is great and Weeds came back from the brink it teetered on season 3. Season 4 was probably its best. Curb Your Enthusiasm remains constant, while It's Always Sunny in Philadelphia just gets better and better.

You're awesome dude! I glad I met ya last year and hope to work with you again in this one. You meeting your heroes and writing about it made me feel special, i know someone who knows kool people HA!.. anyway Happy New Year Brother!