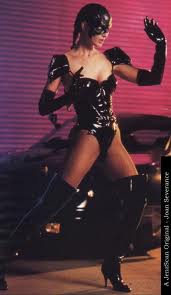 Gonna be a helluva summer for the ol' pocketbook, friends. Lots of travel - mostly work/pleasure hybrids - books to publish, events to plan and plenty o' books to buy - starting with Fun & Games the first in a trilogy to be released within a year from Duane Swierczynski, (okay, okay, starting with Claire DeWitt & the City of the Dead by Sara Gran - catch up, people.) I've got a review of it up at Ransom Notes and seriously, it's the most fun you've had between the pages since Joan Severance appeared in Playboy... And the most fun you may have till what's-his-nuts Bill shows up in the glossy later this year.

Looks like some of those summer travel plans will be heading back to Corydon and Arlston's Books for a release party for Frank Bill's Crimes in Southern Indiana September 10. Sounds like I'll be joining Scott Phillips and Kyle Minor, maybe more there for that. Hoping we can secure a few copies of the Crime Factory antho for that event, plus Scott's The Adjustment will be shiny and new. I'll most likely be with Scott in Oxford, MS. in July for a release party of Megan Abbott's new one The End of Everything - a real chiller for your muggy summer nights - seriously, Abbott's out-creeped herself with this one. Never quite put myself in the headspace of a thirteen year old girl that way before. Lemme tell you, it's disorienting and kinda yummy... And now I've out-creeped myself. Hope, of course that the whole Oxford crew turns out for that one. I'd love to see Tom Franklin, William Boyle, Chris Offutt, Jack Pendarvis and John Brandon. Who knows, maybe Ace Atkins will take time off from channeling Robert Parker to show up, maybe John Grisham and the spirit of William Faulkner will hover, I'm game. 'Course nobody's got more to look forward to than St. Louis this soggy season, as the eminent arrival of Donald Ray Pollock supporting his first novel - and what a scorcher, I'm reeling - The Devil All the Time is here July 20, Jesus Angel Garcia brings badbadbad and Jane Bradley shows up with You Believers with N@B antho contributor and Matt Kindt collaborator David Cirillo August 6. Jon Jordan and company bring Bouchercon our way in September and rumors leak that Daniel Woodrell may arrive in October with The Outlaw Album.
Posted by jedidiah ayres at 6:19 AM

You're the second person that I hear rave about the creepiness of the latest Abbott. First one being Scott Phillips who said (and I quote): "It disturbed the shit out of me"

I am soiling my pants in anticipation.

even more than usually

rarely do i say this, but why can't the midwest be closer to me?

I was thinking the same thing Steve. Awesome people seem to live there. That said, I'll jump on that new Megan Abbott like a subway stalker on cocaine when it comes out.

Bummed Gran bailed on our little project, Jed, but CLAIRE DEWITT AND THE CITY OF THE DEAD is just mind-shiftingly good.