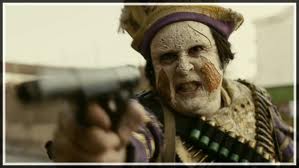 Caught  the frenetic over the big-top action of Alex de Iglesia's The Last Circus last week and I'm still mulling it over. No doubt it's as stylishly assured and technically flawless a picture I've seen in a fair bit, but the aggressiveness of the flair this pic has tends to distance me from the emotional content, (which in this case, I suspect is there, lurking beneath a mountain of grease paint, squibs and smoking bullet shells). So, yeah, no problem sitting through it and enjoying the flat-out freaky spectacle, but I'd like to take another pass at it and see if I can connect to the characters more. At it's heart, it's a classic story out of the golden age of film noir - a man falls in love with the tragic woman trapped in an abusive, if sexually exciting, marriage and her tormentor/husband is his tormentor/professional rival. Murderous thoughts give way to murderous actions with the inevitable consequences of altered character and a backfire that sends our 'hero' on a quick downward spiral. 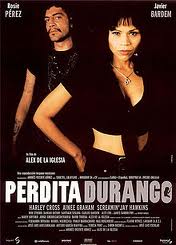 De Iglesia's previous efforts include 800 Bullets and the adaptation of one of my very favorite Barry Gifford novellas Perdita Durango. The film (I've seen it called Perdita Durango as well as Dance With the Devil) holds the distinction of besting The Coen Brothers' No Country For Old Men efforts to cast Javier Bardem as a bad man in a silly hairdo. 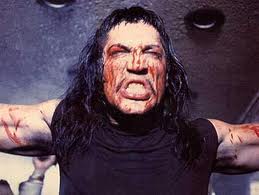 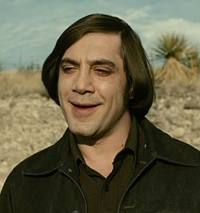 Of course, it also features Rosie Perez as the titular Durango, which was perhaps more accurate casting than Isabella Rossellini in the role, but Ms. Rossellini all Frida Kahlo'd out in David Lynch's Wild at Heart, holds a special place in my heart. No doubt, Lynch's take on Gifford's material is every bit of aggressively stylized as de Iglesia's, but there's a quicker emotional access to the characters in Lynch's execution for me. And I don't think it's just the repeated viewings I've given Wild at Heart - I think Lynch's hard pushing just knocked me off balance and terrified me more than de Iglesia's did. Still, I'd like to revisit The Last Circus and Dance With the Devil. 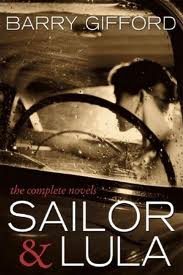 I hope it goes without saying that both of the aforementioned Gifford adaptations are no substitute for reading his books. I don't care how many times you've seen Wild at Heart, pick up the book and enjoy the mostly dialogue-driven story, (seriously, you thought The Friends of Eddie Coyle was dialogue-heavy, check this one out). Exorcise Nicolas Cage as Elvis Presley from your memory and let Sailor's voice come from the page. Now you don't have to go hunt down and pick up every hard to find volume of his Sailor & Lula stories as they've been collected in an omnibus. Get this shit, now. There are a handful of books and authors that I pick up when I feel creatively blocked and open to a random page to read for that igniting spark. Gifford's one of em.

While we're on the topic of stylized film adaptations, I'm heading to Chicago for the May 29 screening of Julian Grant's Fuckload of Scotch Tape which he found inspiration for in a couple short stories of mine. I've seen a rough cut of the film and can say that he's taken my material as a launching point for his own fever dream noirsical scored by Kevin Quain. I'm really looking forward to hanging with the cast and crew and being able to give Julian a big ol' kiss. And if you're in Minneapolis this week you can catch Paul von Stoetzel's short film Viscosity on Wednesday. You should. I feel so honored to have such talented film makers adapting my stuff.

Apparently CSI Miami was just cancelled, leaving room for something new and original on network TV! Buuuut, I'm not holding my breath. I'm predisposed to like projects featuring David Caruso, (First Blood, King of New York, Session 9, Mad Dog & Glory, Cold Around the Heart, Jade - even Hudson Hawk) but not even his presence could entice me to tune in for a single episode of that crime-solving monster hit. However this handy little montage helped me understand the whole show. 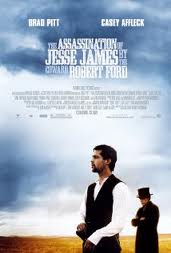 Last week at Ransom Notes I dropped a few thoughts on the muy excellent The Wowzer by Frank Wheeler Jr. and spun off into an appreciation of Casey Affleck's killer Ford roles - Lou in The Killer Inside Me and Robert in The Assassination of Jesse James By the Coward Robert Ford, which then got me all hot for Andrew Dominik's Jesse James follow up, Killing Them Softly (adapted from George V. Higgins' Cogan's Trade). I've heard a lot of people recently refer to Jesse James as a flawed film, but I think theys off theys rockers. While I'll concede that it's a meandering, dreamy film, I'd say Terrence Malick's are too and you need to hit 'em in the right mood, but damn this one'll hit you back. And talk about your dream fucking casts - aside from Affleck and Brad Pitt, this flick gives you Sam Shephard, Sam Rockwell, Jeremy Renner, Garret Dillahunt, Paul Schneider, Mary Louise Parker, Zooey Deschanel, and even fuckin' Nick Cave (yup, now I'm thinking about Lawless again). 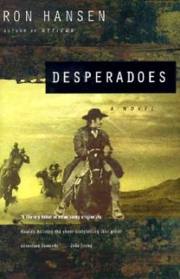 I'd love to be able to compare it to Ron Hansen's novel, but I'm afraid I haven't read it. I have read Hansen's Desperadoes though, and if his Jesse James is on par with that western, I'll love it when I get to it. You hear me Cortright McMeel?

You know what else that movie had going for it? One of the most brilliantly executed gun fights ever. You know the one I mean - between Renner, Schneider and Affleck. Holy crap, that was intense. Racking my brain now to come up with a few more in books or film that have hit me like that one. Hmmm... Sticking with westerns for the hell of it, I'd say the climactic battle and easily the highlight of Dwight Yoakam's curious South of Heaven, West of Hell, perhaps the big number in Ed Harris's Appaloosa and how about Slim Pickens getting his in Sam Peckinpah's Pat Garrett & Billy the Kid. Non-westerns include just about the polar opposite, but equally real-feeling outside the bank shootout from Michael Mann's Heat, or how about anything from Dennis Tafoya's books Dope Thief and The Wolves of Fairmount Park or the showstopping mayhem in a snake-handling Pentecostal service in Peter Farris's Last Call For the Living? I've been thrilled by plenty of well choreographed and edited shoot-outs, but these stand out to me as frightening put-you-inside-the-action pieces worthy of mention.
Posted by jedidiah ayres at 8:39 AM

I hate the ending of the film Wild at Heart. The way the book ends is heartbreaking - and true.

I love the movie - I love Lynch and it was my first exposure to the material, but yeah, the movie aint the book - one of those rare instances where it's not reductionist book to film transition, but the opposite. What they added to the film was all the surreal, fairy-tale-Wizard of Oz stuff - which makes for a remarkable film - even the Elvis thing, but yeah, I've fallen in love with the books and it runs deep.