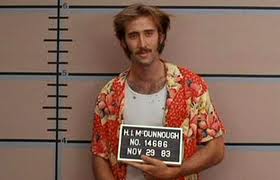 So, I've the great honor of having a guest piece by the incomparable Les Edgerton both at Ransom Notes and right here at the HBW today. The short of it is, Les's a man who knows of what he speaks and thinks you ought to too. So, after much back and forth on what's wrong with the portrayal in books and movies of prisons, prisoners and prison life, I just asked him to write me a short list of books, films whatever that got it right. Instead, he sent me a list of the reasons he believes that the convict experience is almost never nailed in popfictions (and even nonfiction accounts).

Later this week I'll be sharing a conversation I had with Peter Farris about his new novel Last Call For the Living and I think I've got some new titles to hit Les with. Stuff like - Pete Early's The Hot House, The Black Hand by Chris Blatchford, Fish by TJ Parsell, Inside: Life Behind Bars by Michael Santos, In the Belly of the Beast by Jack Henry Abott, Soledad Brother by George Jackson and False Starts: A Memoir of San Quentin and Other Prisons by Malcom Braly.

In the meantime, here's a list of prison myths that make Les howl...
This is where a lot of myths get their birth. Here’s just a few that came from shuck-jobs given reporters. 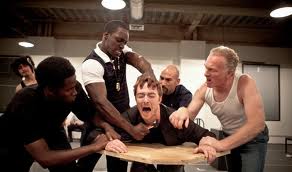 A. Short eyes will get abused or killed.

Until reporters started this myth, it wasn’t true in the least. Most guys in the joint could care less if their cellmate abused kids. Many have routinely abused their own kids when they were on the bricks and under the influence of alcohol or drugs. But, some reporter started it when he or she interviewed an imate and this guy said: “Yeah, we hate short eyes. Most of us in here have kids and we think of our own kids when we encounter one of these guys. He’s dead meat.”Well, before this was reported—with the predictable reaction of the public—no one gave a fig. But, this “romanticized” prisoners, made ‘em come across as somewhat human, even noble. Also, there are more than one or two convicts just looking for an excuse to render another inmate room temperature, and this presented a good one. So, life imitated art and now it’s the reality in joints. 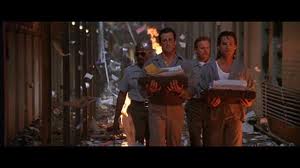 B. Cops are dead meat if they get sent up.

Again, another bogus myth. There are plenty of cops in the joint and most were friends with criminals before they got caught and still are. Many have more friends than anyone else inside. It’s also one of those things where life imitates art, only not to as big an extent as the short eyes thing. C. There are lots and lots of innocent people in the joint.

That’s an outright laugh. Even if a person was truly innocent (which occasionally happens, although not nearly to the extent a lot of straights think it does), he would never claim that to fellow prisoners. He’d be perceived as weak and there’d be consequences. But, he will to a reporter, in a New York second. Why? That “hope” thing again. Hope that someone in power will do something to get him out provided he can come up with an convincing sob story. It’s a futile hope, most of the time, but what else does a guy doing life have? And, TV and other reporters keep the hope alive, as once in awhile they do get a guy released. What they don’t report is that most of those publicized events where a guy got cut loose, wasn’t because he was innocent, but that there was some kind of technical or legal problem with his trial or rights that gained his release. The guy was guilty as hell, but it’s reported with the slant that he got released because he was innocent and not because the prosecution handled the evidence wrong or neglected to Mirandize the dude. Check the stats on those released—you’ll find the vast majority weren’t because the guy was innocent but that the state messed up in their trial. The percentage of those released because of their innocence is rather small. Juries and judges really do get it right the vast majority of the time.

Those guys who do TV interviews hurry back to the cellblock afterwards and tell as many as they can that they were just doing a shuck. 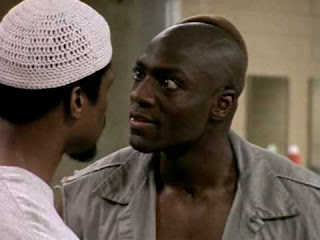 D. Most inmates are weight-lifters or psychopaths.

This is thanks to television “reporting” such as MSNBC’s series on prisons. If one were to believe these shows, just about everyone in the joint is pressing iron or going off in murderous rages against their fellow inmates. One of the baddest dudes I ever knew inside, was a sweet-looking kid of 16, one of the players in the Sylvia Likens case where this kid’s mother and sisters held Sylvia Likens prisoner in the basement and tortured and killed her one summer. The kid-forget his name—ended up as our receptionist in the barber school and every raghead in the joint thought they’d make him their punk. Until he jumped as high as he could to cut a 6’6” weightlifter’s neck. Kid looked like a skinny Ricky Nelson, and if you left him alone, he acted about as sweet and innocent. Just didn’t want his brown-eye messed with. Point is, he was more of a “killer” than any ten dudes with tatts of snakes on their faces or strutting around with pecs like Buicks. Nobody inside pays much attention to those guys or worries about them. 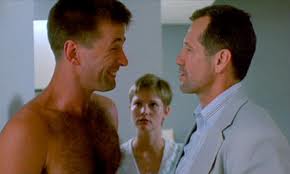 E. You can spot an ex-con in public by the way he crooks his arm around his plate in a restaurant to “guard” it.

This is one of the funniest ones I’ve ever read in a novel! The author seems to think that in prison mess halls, if you don’t protect your lousy beans, someone is going to steal them. If this guy ever ate a real prison meal, he’d lose this misconception in a nanosecond. Who wants to steal that crap? This one is just plain ludicrous. I suspect this one came about from some ex-con shining on some nosy reporter and the guy took it seriously. I could almost see this one if it was in a northern prison where the inmates mostly haven’t ever tasted good food on the outside, but often it’s put out there as behavior from a southern ex-con and that makes no sense, since the southern ex-con has had food with actual flavor, so why on earth would he want to protect the food he has to eat in the joint?

Check out the rest of Les's piece at Ransom Notes.
Posted by jedidiah ayres at 3:34 AM

I don't know, they were his damn jammies, had Yodas and shit all over 'em

Nobody sleeps naked in this house boy!