The Radio Star Chuckles In His Grave 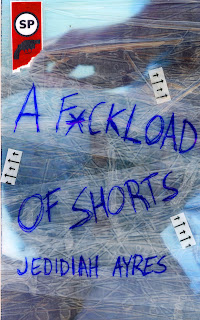 Over at Black Coffee & Cyanide Kent Gowran is chiming in with some reflections on F*ckload of Scotch Tape. He says it recalls, for him, the compilations of odd short films that could be found in more awesomer video stores before the internets and DVDs killed the video star. St. Louis had some kick ass video stores that I loved to dig around in, my favorite being Bijou Movies - which closed back in 1998 or there abouts, and Fayetteville, Arkansas (where I lived before St. Louis) had an amazing video store that I practically lived at. It's really not the same thing trolling around online for interesting stuff (not better, or worse, but definitely not the same thing) and I miss it. Anyway, Kent, I agree. F*ckload of Scotch Tape is exactly the kind of thing that I'd have found while going deep at Bijou or Movie Set or another cinephile I-V spot. I'd have picked it up after circling it for a while and then I'd have eaten up a looooot of Julian Grant's other titles - The Defiled, RoboCop: Prime Directives or even a collection of his short films like Screw the Pepperoni, Maidenhead and The Watchmaker's Apprentice. He'd have become one of my favorite little voices to listen for.

Kick ass writer, film maker, editor and graphic design fucker Eric Beetner has submitted this design for the cover of my story collection A F*ckload of Shorts. I think it kindly rocks. Have you an opinion? 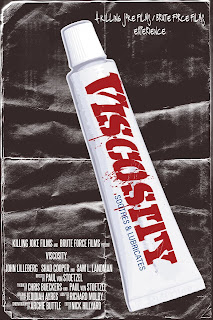 In other what-the-hell-is-Jed-spending-his-time-on news, I am really close (I mean it) to finishing up a novella - Fierce Bitches - for Cameron Ashley and Crime Factory books. I'm also nipple-deep into Noir at the Bar Volume 2 and this one is going to be a beast. Just a handful of errant pieces to collect, but holeeshit it's a biggun. And hey, I'm looking the hell forward to catching Paul von Stoetzel's Viscosity at the St. Louis Film Maker's Showcase on July 11. Will you be there? Come say 'hi' if you aren't entirely disgusted afterward. The original short story Viscosity will be included in A F*ckload of Shorts (as will another dialogue-only piece called Nolte that you've never read before).

Labels: FLOST, Patting myself on the back