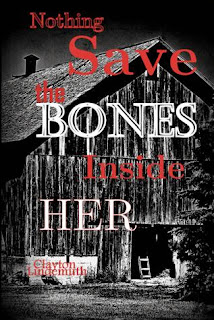 Clayton Lindemuth's debut Cold Quiet Country came out of nowhere last year and smacked the smug off my mug. It was a tart slice of Americana stuffed with murder seasoned with muscular prose that produced more than a couple of my favorite new colloquialisms (including "windy as a bag of assholes") in a style frequently compared to the likes of Tom Franklin, Donald Ray Pollack and William Gay. This week he's got two new books out, My Brother's Destroyer and Nothing Save the Bones Inside Her (which is free for Kindle through this weekend!).

The following is a guest piece by Clayton Lindemuth in which he delivers harsh words for ugly truths and gets awfully familiar with my testicles. 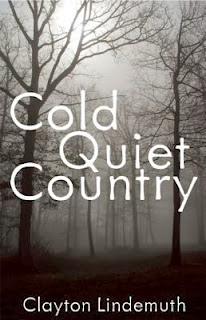 Where else but Noir can you go to get real?

Noir doesn’t embrace ugliness so much as refuse to shrink from it. The Noir author who faithfully sketches evil does so not in a warm embrace, but from arm’s length—the better for artistic integrity. The Noir author might be a little jaundiced in his view of the human condition—but a jaundiced view is not necessarily unclear. There’s a lot of raw shit in the world and an honest view of it will make the stomach roll. In a sense, that’s what Noir is: humanity’s gag reflex.

Why look at ugly raw shit at all?

Ugliness and evil exist all around, and the Noir author performs a twofold service.

First, everyone wonders what it would be like to be a badass. A Noir author can help alleviate the curiosity before a murder takes place. Noir save lives.

Let me give a huge hat tip to Lisa Cron for this: the Noir author helps people learn how to survive. How to not become a criminal. How to not want to be evil. How to stand up for good in a gritty godforsaken world. (To put it another way, even Noir that features a bad guy who gets away with it believes he’s standing up for good. Reduced to its nourish essence, the absurdity becomes the point.)

If you have the opportunity to read Lisa Cron’s book Wired for Story she’ll tell you that we crave stories because they teach us how to live. They give us the experience of bleeding to death without actually suffering the gunshot wound, and if you think about it, as prone as we human beings are to stupidity and violence, that’s a pretty damn good lesson to learn the easy way.

The second lesson is a little more philosophical. In this other sense, the truer, grittier, uglier the writing, the higher the integrity and the profounder the lesson.

A case in point is my novel Cold Quiet Country. I made the bad guy as evil as I could. He’s a pedophile modeled on a real life bastard I knew who hurt a lot of the women I grew up with. He died before anyone but the victims knew, so there was no killing him when his deeds came out. Naturally, I want all pedophiles to die, and the evil guy in my book has no purpose but to be as true a bastard as I could make him.

But not so I could fantasize about killing him.

Think on that for a minute and remember what Stephen King said about integrity as an author.

How can a fiction writer have integrity? By not shrinking from the ugliness of the human experience. By portraying archetypes that are true. Meaning there isn’t a damn thing redeeming about a pedophile, and there was no way in hell anyone could have talked me into the bullshit concept that every character has to be sympathetic. Not a pedophile.

I portray my bad guy as ugly as I saw him because there’s a lesson for humanity in the pages of Cold Quiet Country, namely, a healthy society cannot tolerate deeply sick bastards within its midst. That’s a lesson that strikes a little deeper than just warning off a future pedophile.

Art functions best when it shines a light into the dark corner a society would rather ignore. 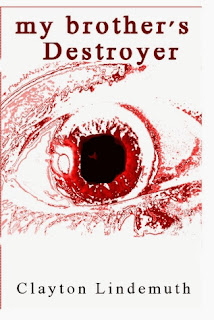 To come full circle, think about some of the best Noir you’ve read and recall some of the fist-to-gut feelings you had reading the text. We don’t pussyfoot around evil, ugliness, brutality, or any of the sordid horseshit within the human experience. If it’s there (and it sure as hell is) we call it out.

In fact, minimizing or explaining away evil, converting it to abstract high culture speak is a crime against future victims. When our entire society turns its back on the dark corner, no one will see what crawls out.

You don’t have to worry that a sick bastard is going to get sicker because he reads Noir. If he’s sick, he’s sick. Instead, worry that your society has so pussified itself that evil walks free and no one gives a shit or says a fucking word.

To come full circle, stories teach us how to survive. The lesson in Noir isn’t how to survive a Mafioso holding a thirty eight to your head. That’s in Noir—it is. But the bigger lesson is how to deal with and understand the pure ugliness of some aspects of the human condition. They don’t go away when you read chick lit.

They don’t go away when you read Noir either. But you have to believe in bad before you can believe in good, and I’ll wager Jed’s left nut that the guy who reads Noir is about the level-headedest prick you’ll ever meet, and when he finds out his grandfather is fucking his little sister, he’ll goddamn do something about it.

Posted by jedidiah ayres at 5:51 AM