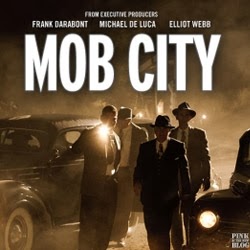 Haven't seen Frank Darabont's Mob City yet, so I'm trying not to pass judgement, but the advance word has not been encouraging. Dammit. I'd reallllly like for it to be a winner. There's nothing like well-done period crime shit to curl my toes, but it's a damn hard thing to pull off because of all the beloved stuff from the (pick your) era. Those influential books, films, serials that had such a nuanced contemporary language that's since become part of a pop-cultural short-hand that's become a cliche that invites you to attach to the tail of a string of tropes that more often than not will be birthed to you a certified sack of Grade-A horseshit. Soooo... Until I do see Mob City, I will refrain from judgement (hey, I did the same for Gangster Squad) and hold out hope, but shit... I hate to hear the initial tidings (regardless, someday I will read the source material, L.A. Noir by John Buntin). Still, this has been a year of really digging the critical pariahs (Only God Forgives, The Counselor and even Pain & Gain straight from the glossy, schlock-chute of Michael Bay are in strong contention for my favorites of the year). 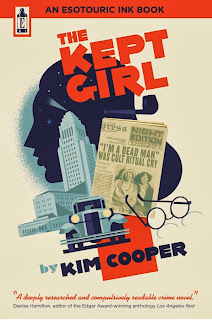 What else is on my radar for new, soon and recent period crime shit ('specially now that Megan Abbott and Ace Atkins are doing contemporary pieces)? How about the bomb dropped by James Ellroy that he's writing a second L.A. Quartet? Yeah, you're right, it'll probably take a decade for the first one to arrive, so meantime theres... hmmm... what's this Sugar Pop Moon by John Florio? You checked it out? How about The Kept Girl by Kim Cooper (plus there's this)? Or... or The Tilted World by Tom Franklin & Beth Ann Fennelly? That sounds like a winner (check out their interview with Stephen Usery on the Mysterypod podcast).


Well - how 'bout the Bonnie & Clyde from A&E, The History Channel and Lifetime (nevermind, I think I just answered my own question)? Okay, what about Mitch Glazer's Magic City on Starz? Anyone seen it? Bueller? How 'bout True Detective debuting in January on HBO? Yeah, I'm not sure exactly what period it is (trailer I saw looks like it spans a couple decades - maybe 70's and 80's?), but with the track record of Boardwalk Empire and Galveston (the novel from the show's creator Nic Pizzolatto) I'm so on board. 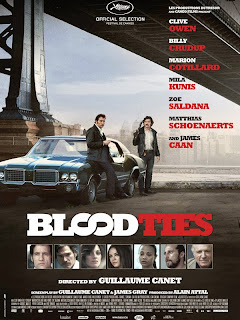 And movies? I'm holding out for the James Gray double bill of The Immigrant (which he wrote and directed) and Guillaume Canet's Blood Ties (which Gray shares a screenwriting credit on).

I actually loved History Channel's "Hatfields and McCoys" (seen it?) so I'll give "Bonnie & Clyde" a chance.

"Sugar Pop Moon" wasn't mind-blowing, but it was well done.

And off topic, but re-watching "Brotherhood" and LOVING it! Maybe it's just cause I'm a New Englander (they nailed it), but one of my favorite crime shows.

Hatfields has been on my list for a long time. I need to check it out. And I'll echo your love for Brotherhood. Great show - strong finish.