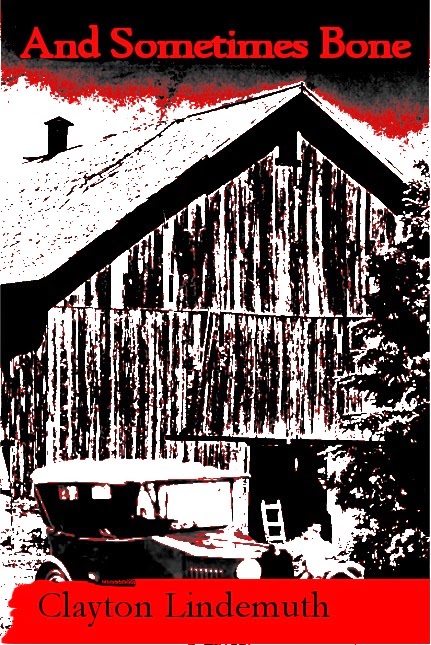 So after looking at small presses last week, I'm going even smaller. The smallest press. The self-published books.

I'm not going to bore you with a reason you should/should not self-publish if you are a serious artist - cause fuck that noise. Anymore, the choice to self-publish is a business decision and some of my favorite books of recent years have been published by the author.

So, here are just a few of my favorite writers who've published their own work (as well as had more traditional publishings) on why they choose to. 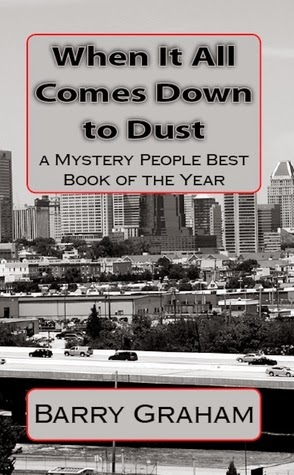 First up, I asked Barry Graham whose The Wrong Thing was one of the Switchblade releases from PM Press that really made me sit up and take notice (both of him as well as the publishers), about his decision to self-publish titles like When It All Comes Down to Dust, How Do You Like Your Blue-Eyed Boy? and more.

At this point in history, I think the question is not why authors would turn down publishing deals and self-publish instead, but why they wouldn't.

I can only think of one reason to go with a publisher. If they're offering an advance of far more money than you expect your book to make, then it's logical to take that deal and regard the book as a loss-leader. But, otherwise, it makes no sense. Whether you're selling millions of books, or only hundreds, why would you sign a deal that allows the publisher to keep most of the money from each book sale? While I might take the deal if the advance was big enough, I wouldn't give them an option on subsequent books, and if they required me to agree not to self-publish other books during a certain period of time, I wouldn't sign.

I've been with large and small publishers, and now that I do it myself, my book sales are higher than when I was published by Bloomsbury or Serpent's Tail. But now I get 70 percent of the the price of each book sold, not 10 percent or less, which is what you can expect from a publisher. And I no longer have to suffer editorial stupidity and arrogance, decisions being made by sales departments, ugly book covers, or incompetent marketing and distribution.

I've said many times since I went independent that if a publisher made me an offer now, they'd have to
provide a convincing answer to this question: "If I give you the rights to my book and to most of the money it makes, what, in return, can you do for me that I can't do for myself?" - Barry Graham 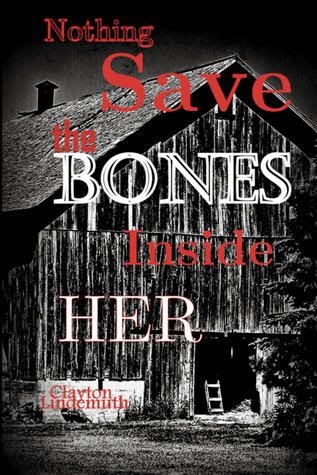 Next, I went to Clayton Lindemuth, whose Cold, Quiet Country came out of nowhere at the tail end of 2012 to become one of my favorite debuts of year. Published by MP Publishing, CQC was well reviewed and I expected to see more of his titles from them, but a year later Lindemuth decided to self-publish his next novel Nothing, Save the Bones Inside Her and his third, My Brother's Destroyer about a week later. Further exploration of the self-pub option is on for Lindemuth, whose currently putting up his next novel And Sometimes Bone (a prequel to Nothing Save the Bones Inside Her) one chapter at a time on his blog in order to gauge interest before pulling the trigger on it, so go check it out for a sample of his chops.

I turned down an offer from my publisher so that I could publish My Brother's Destroyer on my own, which I did right after publishing Nothing Save the Bones Inside Her.

A lot of authors want to be published by a traditional publisher because they feel they earn credibility, and frankly, it kicks ass to have a pro read your book and want to buy it and publish it. But if publishing is more than ego buffing, it makes sense to think of it like any other business.

There are a lot of solid writers (Barry Eisler informed my views) who make great arguments for self publishing based on the idea that if you break down what a publisher actually does, all the parts of the book-making process, there's no way you would give up 75% of the revenue (and a quarter of subsidiary rights) to outsource those jobs. Publishers don't do as much for authors as they did sixty years ago, but they still take the same cut. Now that authors can own or outsource every aspect of the publication process and much of the distribution, the author is able to become an author/publisher. Check out Barry's website for a lot of insight on self publishing. The bottom line is that when an author enters into a partnership with a publisher, the author needs to be getting more from them than he or she could obtain by self publishing, or else it's a loss.

All of those arguments resonated with me. Another was that publishing my last two books by myself allowed me to retain control over everything from the font, the cover, the back cover, the price, the timing, and most importantly, the price during promotional activities. It's difficult to do trial and error marketing when you only get your sales numbers every six months. As a self published author, I get them every day, and that allows me to quickly learn what works and what doesn't.

I have no idea if I'll ever make great money at publishing books. But I know I'll have great fun, and that whatever I put out will be exactly the way I want it to be.

That said, I know that I give up a lot by publishing on my own. I don't have any real print distribution, I can't yet get reviews by big names like PW, Kirkus, and the like. But the bottom line for me is that I'll probably make the same money on my self published titles as my traditionally published, and until one of the big six comes at me with a fistful of dollars, I'm kind of enjoying the control and freedom. 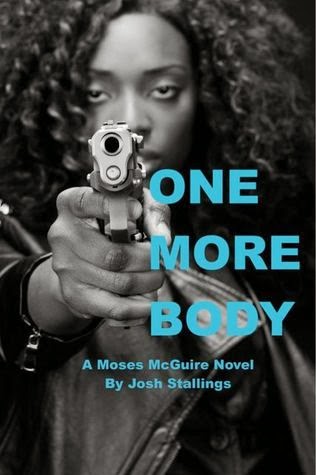 Finally, Josh Stallings whose memnoir All the Wild Children from Snubnose Press is a fucking kick in the guts is self-publishing his Moses Mcguire novels (three so far- Beautiful Naked & Dead, Out There Bad and One More Body) and building a fan base that includes cheerleaders like Tad Williams and Charlie Huston. Not too shabby. Josh had this to say:

When I first sent Beautiful, Naked & Dead out I was told by a few trusted agents and editors that they loved my writing but felt the book was too dark and Moses was too outside of normal culture. Self-publishing has given me a way to let readers decide for themselves. I could have spent years submitting and maybe I would have gotten a traditional deal, instead I have now three Moses books out in the world. Three years into this experiment Moses continues to sell and I continue to pick up readers. The value to me is being able to build an audience on my own terms. Without self-publishing Moses would have stayed in drawer.

As a reader, the self-published micro-press authors have given me a wider group of books to choose from, and that is a big win. - Josh Stallings 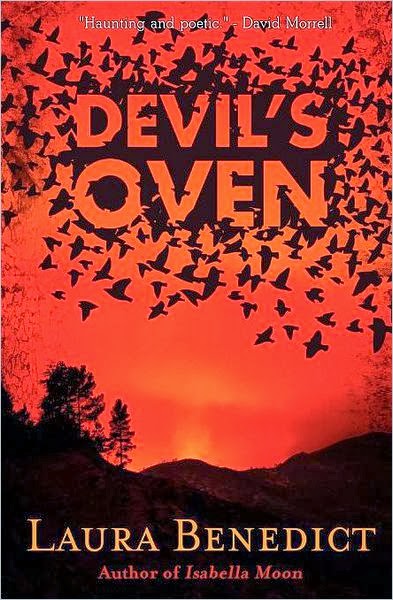 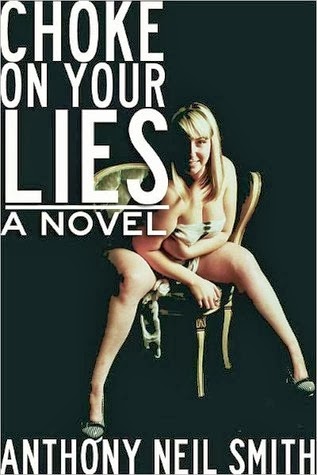 Choke On Your Lies by Anthony Neil Smith 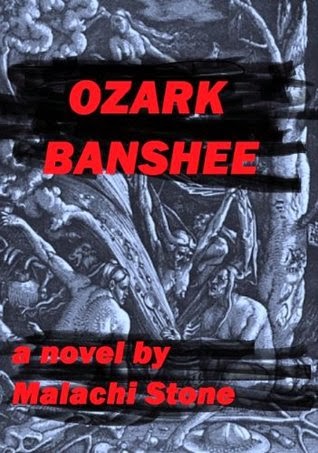 I agree with all the comments those writers gave. I've had books published traditionally but I've started self-pubbing and I'm glad I did. My novel Vampire Siege at Rio Muerto is a horror/western. Author James Reasoner said in his review it had a "hard boiled" attitude that he liked. It's been nominated for Best Novel by the New Pulp Awards. Self-publishing is the way to go.

Glad that's working for you. I'm reflecting on each of the authors mentioned here and realizing still that no matter how much I've enjoyed their self-published work, I was first exposed to them via a traditional publisher. Seems like they've made it work for them too.

The thing I've noticed about self published books--now that we're reading them for the PWA Shamus Awards, and the Western Fictioneers Peacemaker Awards--is that they are so BADLY edited and copyedited. These books still need to be edited in some professional manner. Tripping over editorial errors is a good way to stop the action, and really damages the credibility of the book. Also, authors need to "edit" themselves when it comes to titles and covers. Too much is still too much! It's all too distracting. I know award judges who stop reading for these reasons.

I think that's the majority for sure and common sense about needing professional editors. I think these cats generally circumnavigate those issues or overwhelm them with the quality of their stuff. I'd also say it's a fair bet that Clayton Lindemuth hires editors himself... he just strikes me as somebody who might. I'm those are big concerns for all these folks.

Me? A bit less, as any casual perusal of a Noir at the Bar book will amply demonstrate. sigh.

I'm wonderfully dyslexic so nothing goes out that isn't edited. I'm lucky to have a wife who kick the crap out of my words and then with the books we always hire an outside editor as well. I was lucky to have Elizabeth White do a couple of passes on One More Body. I do feel like it is on us all to deliver professional books, level the playing field so that we are competing with our ideas not bogging readers down with poor editing. (This post was sadly NOT edited.)

I find it no more difficult to get good editing when self-publishing than I did with legacy publishing.