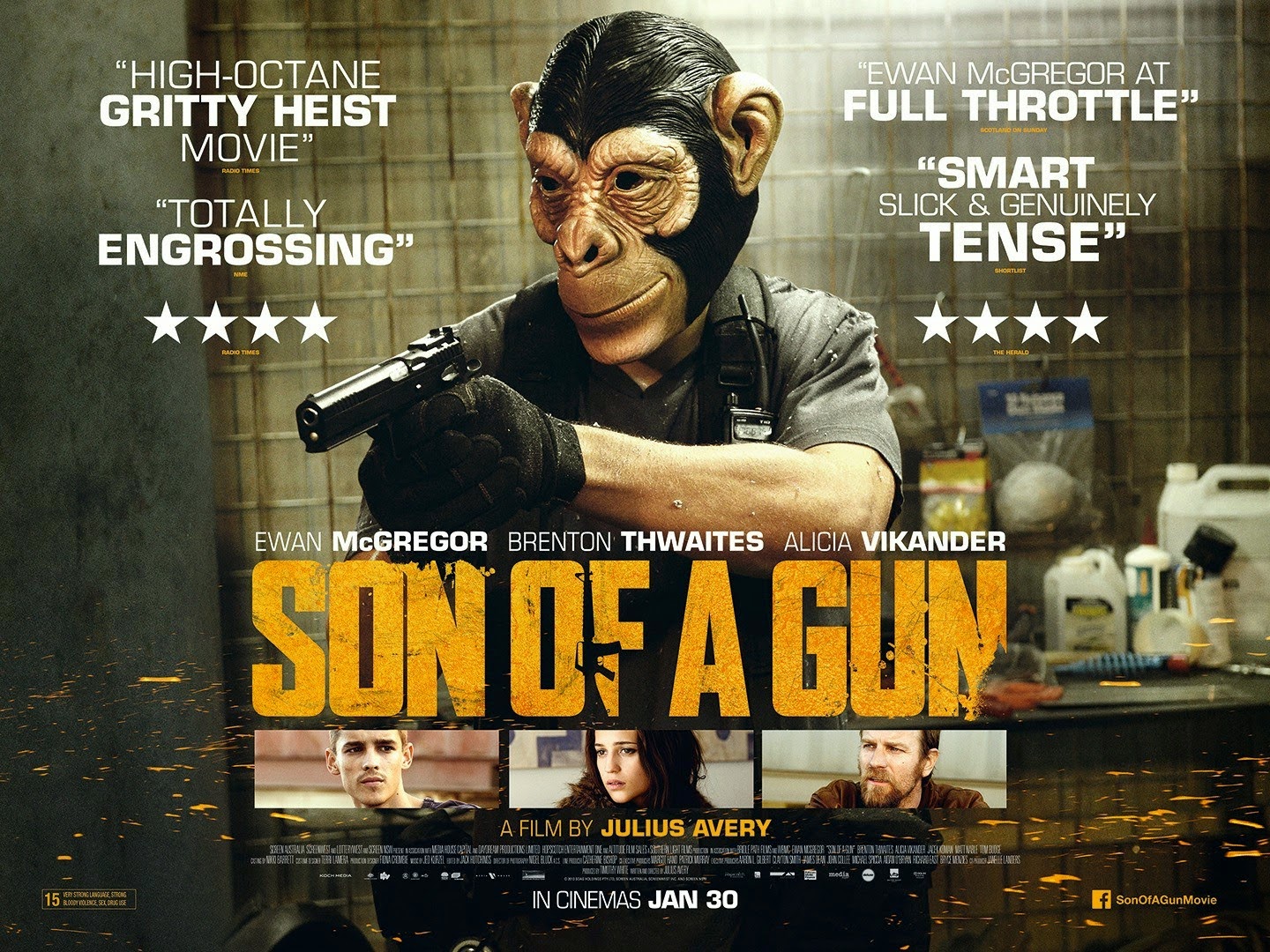 Caught Julius Avery's fantastic debut feature Son of a Gun this week and Eddie Little's swan song Steel Toes last month. Loved both and whaddayaknow both were hardcore crime stories of criminal family dynamics that begin as prison dramas and proceed to heist stories and Son of a Gun pulled off the near impossible by thrilling me with a car chase - so, damn. That takes crazy skill. Tried to look up a post I'd done a few years ago for another site on heist material and it had disappeared from the web, so hopefully without repeating myself too badly, here are a few of my heist favorites... 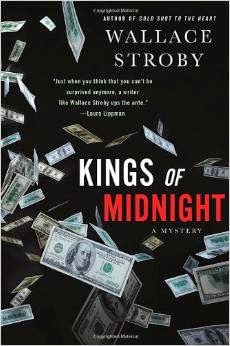 The original post I'd done was upon the release of The Kings of Midnight by Wallace Stroby. His Crissa Stone books, which begin with Cold Shot to the Heart are well worth catching up with. 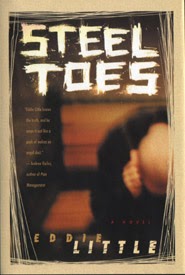 And hell, I mentioned Eddie Little already. If you haven't read his two novels Another Day in Paradise and Steel Toes, you've denied yourself long enough. They're not making 'em like that anymore.

But I first came to Little's work through the excellent film version of Another Day in Paradise from director Larry Clark and screenwriters Christopher Landon and Stephen Chin. It starred a pre-Mad Men Vincent Kartheiser and post-Lost Highway Natasha Gregson Wagner as young junkies in bliss and crime taken under the wing of older, savvier junkie thieves Melanie Griffith and James Woods. The flick is a terrific underbelly criminal Americana period piece, though I have to agree with fans of the novel, that it's a far cry from the power of the book. So, I'm going to go ahead and recommend you start with the film and move on to the books, so's you can enjoy both fully.

Another flick you should go out of your way to find is John Flynn's adaptation of Richard Stark's The Outfit. This one's got Robert Duvall in the Parker role (called Macklin in the movie) and Joe Don Baker demonstrating why he was a movie-fucking-star for a stretch. It's not got the one big heist plot so many do. Instead it's just business as usual, a caper at a time done with such no-flash common criminal sense  it makes the clever pictures look dumb. 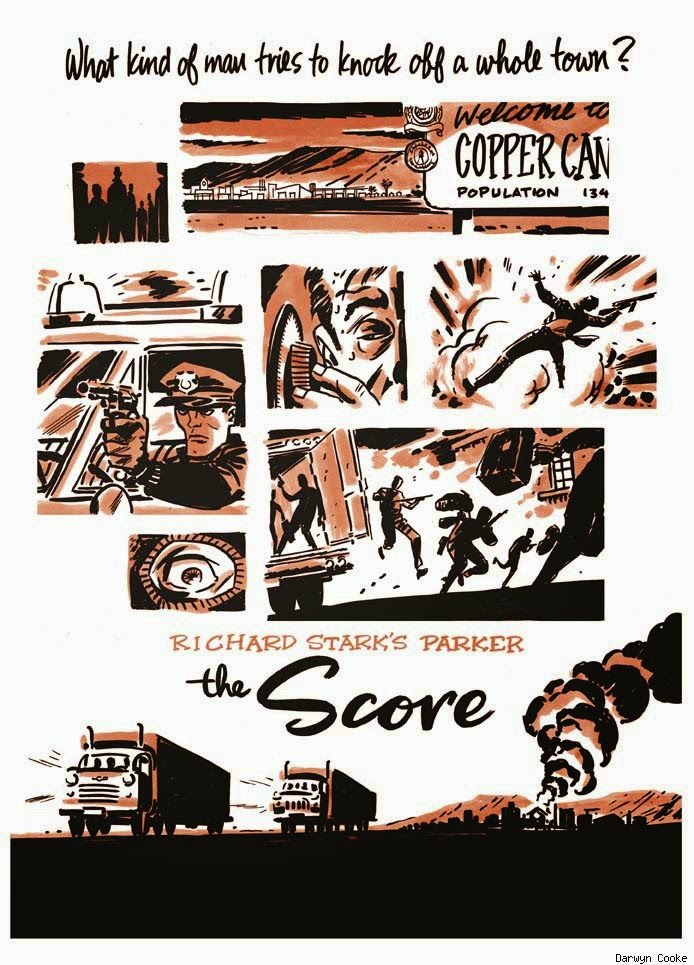 Comic book artist and writer Darwyn Cooke has been creating some great graphic novel adaptations of the Parker books too. You wanna see Parker/Stark go big? Then check out The Score where Parker puts together a take down of an entire town in a case for what adequate brains and sheer ballsiness will can do for you. 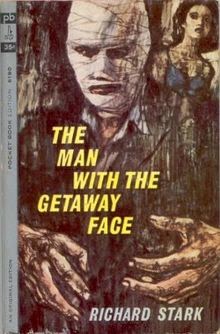 Of course you've got to check out the Stark's Parker novels too. Start with the early ones like The Hunter and The Outfit or The Man With the Getaway Face where an armored car job early on sets the stage for the real challenge: surviving your partners.

Sticking with armored cars for a moment, Bruce Beresford's adaptation of Devon Minchin's The Money Movers is another swell Australian import, one that's been streaming on Netflix recently and has popped up in its entirety on Youtube as well. 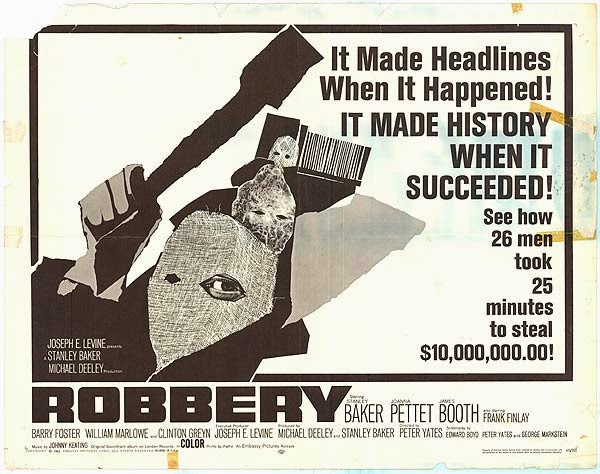 Add Peter Yates' Robbery to your list of non-canonical hardboiled thievery flicks to watch out for. Stocked with great tough character actors doing their thing, a cold-opening heist with a top-notch getaway sequence and the capper caper The Great Train Robbery. My favorite of the film versions based on the real event. 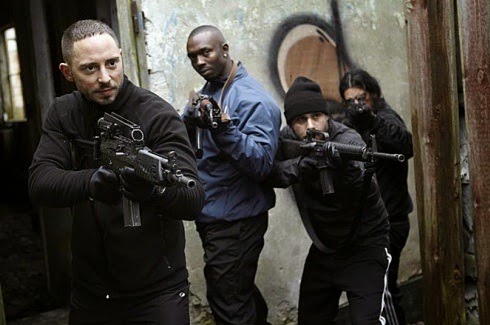 Don't worry though. Some good recent and upcoming flicks to catch like the Swedish Easy Money trilogy based on the novels by Jens Lapidus, the final act Easy Money: Life Deluxe has got a great heist sequence. 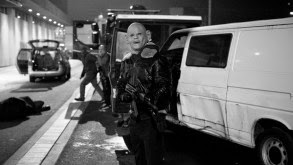 As does Jim Taihuttu's Wolf imported from the Netherlands recently - and it's another armored car job to boot.

And the German film The Robber is a refreshingly simple take on the bank robbery genre following the exploits of Johann Kastenberger a marathon runner and thief who made his getaways covering long distances on foot. Adapted from the novel by Martin Prinz by writer/director Benjamin Heisenberg.

And if you think the yanks threw in the towel on hardnosed armed-robbery fare after Michael Mann's Heat, I'll remind you Ben Affleck made The Town a few years back and shit, let's hope Sarik Andreasyan's American Heist delivers the goods soon.
Posted by jedidiah ayres at 12:29 PM

The American Heist trailer is terribly edited. The movie looks like it has potential, but they need to kick the ass of the guy that put together that trailer.

I think that's really the way he looks, Tom.