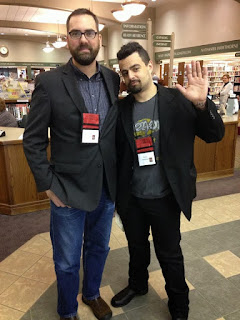 I met Dave Wahlman at Murder & Mayhem in Milwaukee in 2013 (when it was still in Muskego) and we bonded over a shared appreciation for the hardboiled dark shit. I already knew his name from Crimespree Magazine and other spots around the blogosphere, but since then I've had a new appreciation for his pieces because I've seen his eyes when he talks about shit he's interested in. They're a little intense. Guy's got laser focus.

So a few months ago I mentioned watching a bunch of 70s crime fare and he piped up with a ton of recommendations - most of them featuring that bad motherfucker Henry Silva. 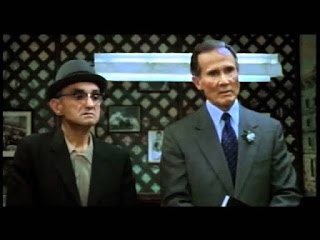 I knew his face - it's a memorable face - from The Manchurian Candidate and Ghost Dog: Way of the Samurai among other less notables where he played heavies and supplied background menace, but what I didn't know was how compelling a leading man he'd been when given the chance in the Italian film industry of the 70s.

I asked Dave to help me help you discover some Silva screen gems. 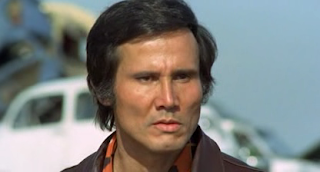 Henry Silva is one of those guys you most likely will recognize even if you don't know his name. His face is something straight out of central casting if you were looking for a villain. It alternates between the insipid glee of potential mayhem and looking emotionless and dead as a stone. Not a big guy but long on swagger.

His early career from the start consisted of roles as the villain in some forgettable Hollywood made westerns. Silva's first real role of note was in the original version of Ocean's 11 as part of the casino robbing crew. In 1963 he got his first real starring role in 1963's Johnny Cool about a Sicilian born hitman sent to America to take out people that pissed off an exiled gangster boss. It did pretty well, released in October 1963 however certain events in November of that same year kinda knocked it off the radar. I do believe it's worth checking out. 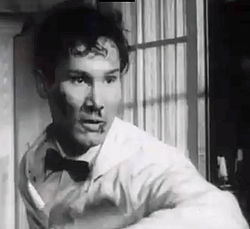 Oh before I forget, Silva's fight with Frank Sinatra in The Manchurian Candidate is believed to be the first martial art ever filmed in American cinema.

Now by the mid 1960's American film was stagnant as fuck. Not much of note was going on. However there were things happening in Italy. Italian moviegoers dug westerns so many American actors went over and got their careers jump started including Silva. He made a couple like The Hills Run Red which was decent. Now most of these actors like Clint Eastwood and Charles Bronson did their thing and came back to America set to make a fortune and build legends.

Not Silva. He stuck around in Italy. Westerns were not his perfect fit. Kind of like an ill fitting suit for Silva. However the genre called Poliziotteschi was cut perfectly for him. Poliziotteschi in broad strokes is the pissed off rogue cop or gangster who does his own thing. Between 1966 and 1977, Silva made over 25 films of this type 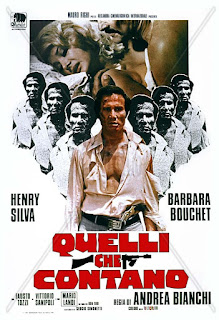 I'm going to tell you about 3 of these particular films Henry Silva made.

First up we got 1974's Cry of a Prostitute. Two mob crews are fucking pissed over the bodies of dead children being used to smuggle drugs. Yes you read that right. Anyway one mafia boss wants to know who's causing business to be fucked up. He brings in Tony Anianti, a enforcer played by Silva to basically cause all the mayhem possible to end the problem. Think of A Fistful of Dollars but with decapitations. Actually it's pretty much a remake of A Fistful of Dollars but with extreme violence, a lot of sex, and a good dose of nihilism. I loved it, total grindhouse fun. One of the bright spots of the film and I'm using bright spot very loosely is Barbara Bouchet who plays a prostitute caught in the middle of all the fun. Her scene with the dead pig.......Yeah. This particular film is hard to find but is worth it. 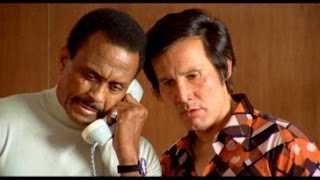 Next up we got The Italian Connection from 1972. Henry Silva and the great Woody Strode are mafia enforcers sent from America to Italy to track down a missing heroin shipment. They have been told is was taken by a low level pimp named Luca Canali. 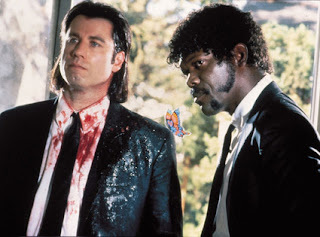 Supposedly Silva and Strode's characters were the basis of Jules and Vincent in Pulp Fiction. Canali the pimp at first is made to look like a weak pussy but that's not the case. You soon find out that he can handle himself. Silva. I loved this movie. Except for when they kill the cat. This one is available on DVD and I believe is streaming via Amazon Prime. 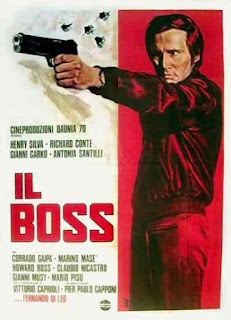 Lastly we got The Boss from 1973 and this one is probably my favorite. Silva plays Nick Lanzetta, a hitman, who in the opening of the film takes out several members of a rival mafia crew in a truly spectacular fashion. That crew in response kidnaps Silva's boss's daughter who turns out to be a slut. Not shaming here just stating a fact. As the film progresses you begin to see Silva's Lanzetta has some personal motivations to want everyone dead. It's interesting to see who's left standing at the end of this film/ Yes it's available on DVD and also via streaming on Amazon Prime as well. 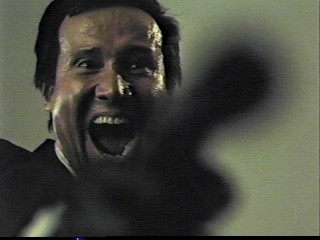 There are many other movie's Silva made in the period and after that are worth mentioning. His role of Billy Score the drug addicted hitman in Burt Reynold's Sharky's Machine is fucking priceless. Best thing about that particular movie to be honest.

At times I've wondered why Henry Silva wasn't a bigger star than he actually was. I think it's basically because he couldn't play anything but the villain. Yes to a certain extent he was typecast but it fit him. It didn't ruin his life like it did to the actor Neville Brand who in real life was one of the highest decorated combat vets in WW2, That story is worth looking up. Neville Brand is another guy you'd recognize on sight. 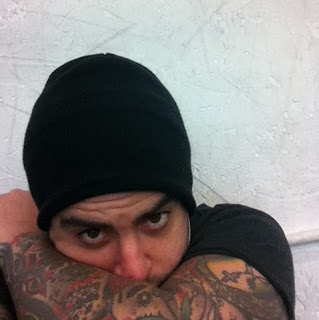 Dave Wahlman writes about crime and crime fiction. Find his work in Crimespree Magazine.
Posted by jedidiah ayres at 10:09 PM

Rachel Ward is the best thing about... the 80s?

There were many great things about the 80s. Rachel Ward is most definitely high on the list of those great things, if said list is worth a damn.