Keeping Up With Jones 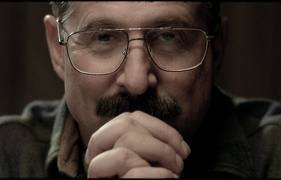 Lookie there, the folks over at the Mulholland Books blog are spotlighting the Crime Factory anthology – nice – and they’re even giving away a free sample of what you’ll find inside. S’right, one of the stories from the antho is available to be read for free at the Mulholland site and it’s… mine?
Cool. If you’d like to read my story Amateurs, for goodness sake don’t go buy the book, (unless you wanna show your support for N@B alum like Dennis Tafoya, Jonathan Woods, Hilary Davidson, Frank Bill and Cameron Ashley, or else you dig folks like Roger Smith, Ken Bruen, Charlie Stella, Adrian McKinty, Scott Wolven, Craig McDonald, Dave Zeltserman, Greg Bardsley, Kieran Shea, Keith Rawson, Jimmy Callaway, Andrew Nette, Leigh Redhead, Patricia Abbott, Josh Converse, Liam Jose, Nate Flexer, Chad Eagleton, Steve Weddle, Anonymous-9, Dave White and Chris F. Holm), just head on over to Mulholland.
Those folks from Mulholland are awful busy with the whole publishing thing, and not just brand new titles. They’ve been making some good outta print shit available again and hopefully introducing some worthy and underexposed titles and talent to a new audience. One of my favorites reads of the summer was one of those – A Single Shot by Matthew F. Jones. It’s hardcore, kiddos. Not for the faint. But if it’s something you’re interested in, leave a comment on this here blog post and Friday I’ll choose somebody to send a copy to.
After A Single Shot, I’m looking for more Jones and hell, Brian Lindenmuth had some damn good words for Boot Tracks, so I’ve got my eyes peeled special for that one. And Rusty Barnes said Deepwater was the shit, so I’m on to that one too. Oooh, lookit – Deepwater was made into a movie too directed by David S. Marfield. Damn. I’ve got a lot to be looking for. I get especially excited about these small crime films because at their low-budget level nobody is losing too much money by making them hardcore, bleak, uncompromising or y’know… better.
Watched a great little crime flick this week, Ed Gass-Donnelly's Small Town Murder Songs starring the ever-watchable Peter Stormare as a middle-aged, small-town police chief investigating his first murder, though apparently not the first killing he's had ties to. Its measured pace, stately composition and bracingly spiritual soundtrack help, but it's the performances by the whole cast and especially Stormare, Martha Plimpton, Jill Hennessey and Stephen Eric McIntyre, (he was in Nicolas Winding Refn's Fear X and Scott Frank's The Lookout? Really? Hmm) that really give the picture weight. It's a brooder, but not a plodding one. The central investigation is refreshingly straight-forward and simple while the interpersonal dynamics are the complex main story. I'll have to check out Gass-Donnelly's This Beautiful City soon.
A bit more than three weeks before shooting begins on another micro-budget crime film I'm excited about: Julian Grant's FLOST, a noir musical based on my short story A Fuckload of Scotch Tape. Grant calls the project "a two fisted, no apologies love letter to James Ellroy, Busby Berkley, poverty row cinema and the genius of Edgar Ulmer." You can keep up with FLOST at the production website.
Just so happens that the other story I had published in Out of the Gutter (#6), Viscosity is also being made into a film - though this one's a short where Fuckload's a feature, (nobody wants a feature length adaptation of Viscosity, trust me). Paul von Stoetzel, (yeah, the guy doing the Dennis Tafoya adaptation How to Jail) is shooting this one and I'm really interested to see how it turns out. I hope you laugh. And cry. And don't try anything you learn about, while watching it, at home.
At Ransom Notes I'm listing some upcoming reads to get excited about including a non-fiction book by Christopher Goffard called You Will See Fire. It's untangling the story of a shotgun-toting missionary in Kenya and his death. Sounds awesome, after all Goffard's the dude what wrote Snitch Jacket don't you know? There's a weird convergence of things it's reminding me of: the new Marc Forster flick Machine Gun Preacher, the two forthcoming Kyle Minor books - The Sexual Lives of Missionaries and the true crime-ish A Kidnapping in Haiti, (I can't recall if it has a name, or if I just pulled that outta my posterior) and Elmore Leonard's Pagan Babies. I'm sure I'm doing it a terrible disservice with this sort of reductive exercise, but it amuses me.
Posted by jedidiah ayres at 4:41 AM

Jed, Enjoyed "Amateurs" as much the second time around. Nice job.

I think Mulholland is publishing a bunch of Jim Thompson e-books.

I know Snubnose Press would love to reissue some of our favorites as ebooks because they deserve to be out there but we just don't have the time and resources to track the rights down.

yes, they're publishing Thompson and James Lee Burke, but they don't announce it like a different line.

You want this here copy of A SINGLE SHOT?

Drop me an address and I'll send it along.

Jed, Small Town Murder Songs sounds pretty cool. If it weren't for the playoffs I'd be getting to plow through some of the suggestions you've had.

At least I got to finally see Drive.

You liked the DRIVE, I presume

Jed, I really enjoyed Drive a lot. I've got the Pusher trilogy high on the Netflix queue after your recommendation.

Pusher is a fantastic trilogy. If the first one don't blow you away the next two will