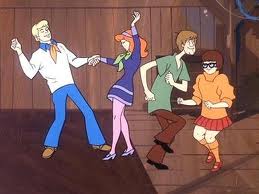 Over at Ransom Notes I'm gettin jiggy widda new Josh Bazell follow up to Beat the Reaper - Wild Thing - which upon review looks like a mash-up of old TV shows (The Love Boat, MacGyver, Gilligan's Island and most of all Scooby-Doo) more than a crime novel. Not kidding. It's more than a bit like Fred and Velma's super-horny Great Lakes adventure, filled with the elements that made Reaper such a tangy treat - medical horror, sick and slick violence, shadow history - plus a few new ones - future-casting, speculative social theory, celebrity cameos - and while the book don't work everywhere (it's a little difficult to fawn over posturing on the deluded justifications and hypocritical shortcomings of people coming from a former killer for hire) it does succeed in the most important area - it keeps you turning pages. Dunno if the Beat the Reaper television project is gonna deliver, but I'm certainly interested. Last week at Ransom Notes, I ran off a bunch of my conspiracy favorites, sparked by Alan Glynn's Bloodland. 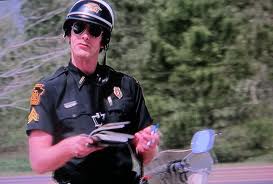 Speaking of wild things, I found a copy of Jonathan Demme's Something Wild at the library the other day. Been a long time since I'd seen it, and I'm happy to report it held up really well. One of those rare pictures that straddles genres and works well in all of them - romantic comedy, road trip, psycho-ex thriller - I remember it keeping me off balance as a teenaged viewer, I'm glad it turned out to be a good film. One thing I hadn't picked up on the first time around were all the cameos from The Feelies, John Waters, John Sayles and the like. 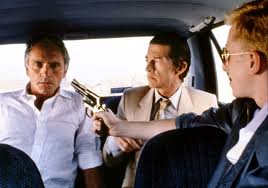 While I'm on about Sayles and Demme, I'll mention catching up with Jim Jarmusch's The Limits of Control the other night, and while I can't cop to loving it, I can say that knowing it was Jarmusch going in, I was able to enjoy it well enough. Seems like he and Sayles, David Lynch and oh, Hal Hartley could do this kind of thing - take an idea, a question, a philosophy - and make a feature-length film solely about it, ponderous or playful and that was okay. I'd be up for watching them in the right mood. Dunno if I've lost patience or what, but nowadays when I sit down to watch or read a crime-inflected piece, I generally intend to get my genre rocks off but good, and I'll thank you not to distract me with mumbo-jumbo... Though it does strike me that it may make a compelling half of a double header with Stephen Frears' The Hit - another philosophical killer flick, though The Hit leaves most of the posturing to Terrence Stamp in the mark role than John Hurt or Tim Roth in the roles of the killers... 'Course, we could come full circle and view Robert Siodmak's The Killers. 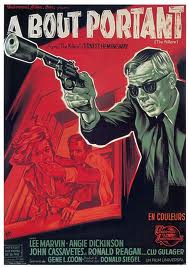 Don Siegel's The Killers is my preferred adaptation of the Ernest Hemingway short piece and bears little resemblance to either the story or the previous film. If you've not seen it, by gawd seek it out. Features Lee Marvin, Clu Gulager, John Cassavetes, Angie Dickinson and Ronald Reagan in his only onscreen turn as the heavy. It was originally shot to be the first made for television feature film, but the network passed on it - too violent. And man if you think noir on film should stay in black and white, you got another thing coming. This one is garishly technicolor - just splashed with blood and bright sunshine to contrast with the dark themes (James Foley's adaptation of Jim Thompson's After Dark My Sweet is another fine example of that), and Marvin has one of the all-time greatest death scenes in movies. Watch this one and John Boorman's Point Blank back to back for your Marvin boner.
WTF with N@B - we're getting a reputation as responsible, civic-minded citizens? Don't believe me? Check out this piece about the St. Louis Independent Bookstore Alliance... or just skip ahead to this quote: "But local readers also pushed several local titles into the top ten...best of all, Noir at the Bar, a collection of crime stories edited by Jedidiah Ayres and Scott Phillips, who donated the profits to local indie Subterranean Books." Thanks Aimee Levitt, but please don't ruin our standing with friends in low places - we're selfish bastards at our core. 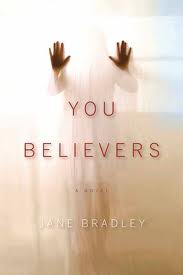 How selfish and low, you ask? So much so that N@B alum Jane Bradley is in St. Louis in a futile attempt to have me make good on the bar tab I ran up on her account during the event she read at in August. Hey, Jesus Angel Garcia had at least half of what I did, and I'm pretty sure David Cirillo and Matt Kindt hopped that gravy train too. She's using a cover story, though: attending a conference on the National Assessment of Educational Progress. Sure, Jane, I'll be sleeping with one eye open. Seriously, me no school, but her novel You Believers was one of my favorites of 2011, and this week I'm going to give away a copy of that one, (perhaps I can get it signed for you). Just leave a comment on this post - about anything - and I'll draw the winner's name on Sunday. Please note that my email address can be found by clicking on my profile located on the right hand side of your screen - if you win, make sure to send me an address to send your book to.
So hey, Robb Olson, Livius Nedin, don't listen to any of that backwash about bar tabs. C'mon down to the most dangerous city in 'merica on February 28th for our N@B throw-down with Caleb J. Ross, Mark W. Tiedemann and Gordon Highland, and open up your wallets in good faith. While you're here, you can ask Kevin Lynn Helmick about his experience with Trestle Press who just published his latest, Heartland Gothic. Yous twos been kickin ass with the Booked Podcast and I know that's a topic of interest for ya.
Of course if you wanted to hang out all week you could come on out February 21st for the opportunity to ask Benjamin Whitmer whether he believes that Satan is Real or ask real-life pulp hero Robert J. Randisi what's at The Bottom of Every Bottle? Jason Makansi will field questions about publishing (Blank Slate Press - who published ghost of N@B 2011 Fred Venturini's debut The Samaritan) and Sonia Coney will hold forth on all the possibilities betwixt hot dogs and donuts. 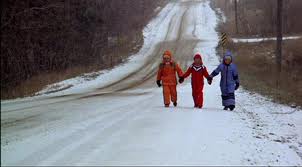 Went to the Late Nite Grindhouse screening of David Cronenberg's The Brood at the Hi Pointe Theatre the other night. That was pretty sweet. Them dudes at Destroy the Brain do the midnight movie thing right with old movie trailers before the feature and a $6 ticket. I was pleased to see so many folks show up. March 2nd & 3rd Late Nite Grindhouse will screen Lucio Fulci's House by the Cemetery at midnight.
Over at the Crime Factory blog Ray Banks expounds on Adrian McKinty's question - Why are most crime novels bad? I've got the new McKinty book The Cold Cold Ground, and I'm thinkin it looks pretty good. The Nerd of Noir liked it, that's a good sign. Check out his review at Spinetingler.
Lastly, Paul von Stoetzel is set to roll on his adaptation of my short story Viscosity, and I'm damn happy 'bout that. Looking forward to it, and good luck Paul.
Posted by jedidiah ayres at 7:37 PM

Labels: NoirBar, Patting myself on the back, Ransom Notes

Thanks for coming out to LNGH. Glad you enjoyed yourself & hope to see you next month!

I'm in the process of reading Bloodland and I am loving it. I put Glynn on my list to watch after reading Dark Fields and he has yet to disappoint and doesn't seem like is poised to anytime soon.
I will be picking up the Dispatcher by Jahn that you mentioned a few posts back...looks promising.

Triefy - LNGH was der proverbial shit. Probably the only movie that would've got my wife to spend our anniversary weekend out that late.

dman - what'd you think of the movie Limitless?

Actually haven't seen it as of yet. Seems I am usually disappointed by screen adaptations to books. Is it worth the time of checking out or will it be another disappointment for me?

dman - haven't seen it - trailer didn't grab me, but curious

I really want to re-watch Something Wild now! Ray Liotta at his best.

woof. i believe that was your longest post ever. always enlightening. stay healthy, jed, we need you as the great filter.

and the winner is.... Kiearan.

I'll pop that book in the mail this week. Thanks everybody for reading.

Thanks Jed! We just wrapped principle production and all we have left is 3 shots. We'll also be a part of a trailer competition which we'll keep you updated on.

wow, gee. thanks, jed. i take back all the nasty things i've ever said about you.