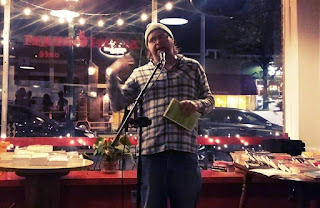 Woke up to news this morning that my friend Jonathan Ashley died last night.

I only spent time with him once in person - it was last year when he came to St. Louis for a N@B event. He read from his novel The Cost of Doing Business and hearing him read it - his own words, in his own voice - gave some soul and world-weariness to the otherwise humorous passage that stuck with me. 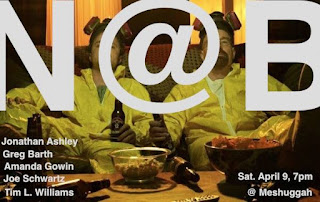 Even though we only met the one time I call him a friend because we talked to each other that way. He used to call me on the phone and tell me how he was feeling  - excited, depressed, frustrated, concerned, inspired - and he frequently asked for advice, acknowledgement, consideration, prayer and forgiveness.

He pushed further in to me - asked more from me personally - than most casual friends I have had.

And because he asked I tried to give.

I don't think I gave him much. It wasn't enough. But I was happy to give what I could. It was an honor that he talked plainly to me about his needs and failures. We had those to bond over.

Weakness and moral failure are the cement of some of my closest friendships. I've got tons to share. 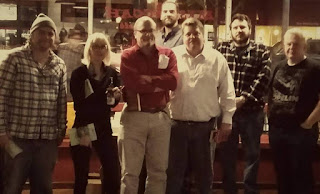 Jon was a talented, insightful artist. He was also a friend whose personal expressions sometimes had the charge of exposed wire and raw nerve. I will miss his work, but I will miss our talks more.
Posted by jedidiah ayres at 1:08 PM

What a sweet tribute. I'm sorry you've lost such a friend.