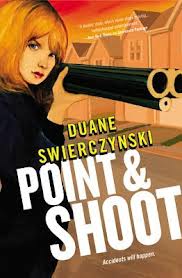 Duane Swierczynski - Wrote tons of funny pages with spandex people, but postponed the climax to his Charlie Hardy trilogy Point & Shoot till 2013. GAAAAARGGH!!!! In Duane's defense, he's busy-ass motherfucker with ninety-nine problems (but my bitching ain't one). I'm sure that the extra time spent on Charlie's book will pay off, but damn... I'm a wee bit impatient. 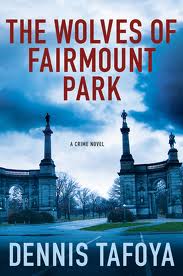 Dennis Tafoya - Had his novel The Wolves of Fairmount Park optioned and screenwriter Marc Maurino hired to adapt it. If there is a film and it gets anything right, it will feature one or two of the most ridiculously awesome urban gun battles ever captured on screen. Dennis also got another two book deal, so we can look forward to the unique flavor of his own private genre - junkie cozies - for a while longer. 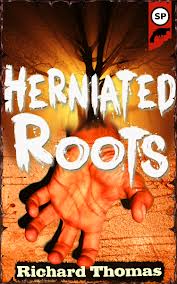 Richard Thomas - Where the hell has Richard not been in 2012? Every time I turn around he's got a new article up at LitReactor or had three more stories published in sundry exotic electronic locale. His collection Herniated Roots was snatched up by Snubnose Press and it offers a wide array of wrong for those with ears to hear. I think he holds the distinction of being the only N@B alum I've ever watched an NBA basketball game with... and probably the only I can ever imagine doing so with again... Oh, maybe Venturini would go for that. 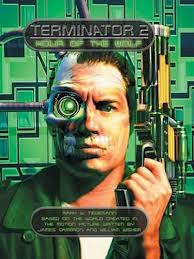 Mark W. Tiedemann - Remains the sole (primarily) science fiction representative among the N@B alum (sure Swierczynski, Thomas and Kindt noodle that direction - but it's Mark's bread and butter). I know he's got more books coming soon, but damned if I know what they are. Track him down at Left Bank Books or a Missouri Center For the Book meeting and interrogate him yourself. 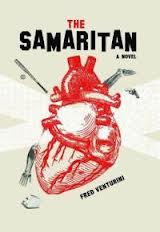 Fred Venturini - Had his great debut novel The Samaritan unpublished. Blank Slate Press originally published it in 2010, but withdrew it from shelves and catalogs for Fred's shot at a larger press (and payday) a few months back. Fred gives his own version of the events and the skinny on his next novel in this interview with Booked.

Benjamin Whitmer - Got so many great notices for his collaborative effort with the late Charlie Louvin, Satan is Real, that six new readers discovered his Matterhorn of kick-dickedness Pike. The French did, anyway - which means that fifty years from now as my grandkids have their own fuckin cultural heritage regurgitated back at them by the rest of the world with all the difficult to digest bits refined away, there's a chance they'll pick up a thread they like and trace it back the influence chain to Whitmer. Then they'll see if they can digest gravel, like we did way back in my day. Check out Whitmer's interview on Booked. 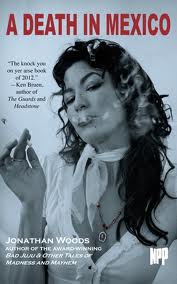 Jonathan Woods - Anybody expecting a novel-length version of one of his stories from Bad Juju when picking up Jonathan's debut novel A Death in Mexico, is in for a surprise. ADIM is a measured, world-weary, weathered and nicely matured. Which isn't to suggest he skimps on stuff like sex and violence - fuck no - just the feel of the book is like a well broken-in pair of shoes rather than something flashy for the night-life. Jonathan also made Scott Montgomery's list of top debut novels of the year on his Mystery People blog. Once you make Montgomery's crosshairs, you've made it. 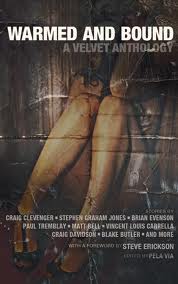 Nic Young - After traveling all the way from South Africa just to read at N@B, Nic decided to stick around for a while and see Chicago, Kansas City and one or two other spots before hightailing it back to kith and kin to craft more spare, stories of doomed relationships and sexual desperation. Look for more Young ones soon.
Posted by jedidiah ayres at 4:30 AM

thanks for the kind words! hope to see you in STL over the holidays.

Thanks for including me in your N@B update. N@B rocks!