The Damage Done: All About Meme 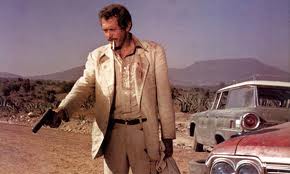 A few links to some recent online activity. I spent up some energy trying forever link Julian Grant's A F*ckload of Scotch Tape to Sam Peckinpah's Bring Me the Head of Alfredo Garcia over at Do Some Damage a couple weeks back. That was energy well spent. Jeez, have you read a more self-aggrandizing piece like ever? Let me sum it up - BMTHOAG fucking rocks, fucking watch it. I ripped it off and continue to do so shamelessly including when I wrote those stories.

BTW - Julian and crew just finished up principle photography on their next hardcore crime picture - Sweetleaf... no singing this time, but I can't wait to checkerout.

Next up - yet another Do Some Damage piece - this time answering a meme that Brian Lindenmuth forwarded to a couple of Snubnose Press authors. I addressed my next writing project - here's a sample of how that went...

What other books would you compare this story to within your genre?

Ask the Dust meets Trainspotting by way of The Andy Griffith Show?

Yeah, for those of you concerned that I may be disappearing up my own asshole, let me assure you - it's roomy, and I feel quite at home here. I may never leave. 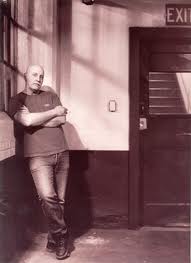 Turns out N@B vet Les Edgerton participated in a similar meme over at his blog where he got to discuss his upcoming The Rapist (reading it now - chilling, kids) and also throw a bone to some other writers - one of them being me. Since I'd already dunnit, I'm opting out of re-answering the q's but thanks for generous words, Les. I will do this, though... 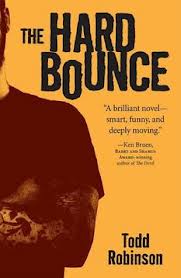 The spirit of the meme was to have writers pimping other writers, I guess - Les pimped four, so I will too...

Todd Robinson's debut novel The Hard Bounce will be out shortly, as will the story collections Fish Bites Cop and American Death Songs by David James Keaton and Jordan Harper respectively- read the shit out of them - I have. And an author I have absolutely zero connection to, but who's written one of my favorite books of the year - Perihan Magden, author of Escape. More to come later on that one, I guarantee.

Now, if I were to do that meme again, I could've mentioned my next book - call it a novella - call it linked shorts - whatever, it's coming early in 2013 from Crime Factory Books and it's called Fierce Bitches. CF big shot Cameron Ashley was interviewed at Speakeasy last week and he let drop a couple words 'bout that project and more CF goodness. 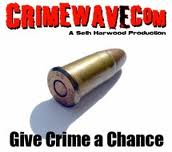 And guess who's back with the podcasting and shit? Seth Harwood, that's who the fuck. CrimeWAV has a brannew episode and it happens to feature me reading Hoosier Daddy from A F*ckload of Shorts. I love the crime fiction podcasting (speaking of which - they're not always crime, but those guys at Booked have an interview with Matthew McBride up that's so worth your time). Seth has vowed to make CrimeWAV regular again, and even tantalized us with upcoming participants like Frank Wheeler Jr. and Johnny Shaw (the authors of two more of my favorites of 2012 - The Wowzer and Big Maria).

Finally - Snubnose Press has gone and made their eBooks 99 cents for December, so go forth and pick up righteous wrongness from N@B alum like Richard Thomas, Daniel O'Shea and Les Edgerton, or satellite N@B chums like Aaron Phillip Clark, Nik Korpon, Eric Beetner and John Kenyon (plus a buncha other great titles too numerous to name). Of course, this includes A F*ckload of Shorts, and you can make with the clicky for Kindle or Nook.
Posted by jedidiah ayres at 2:37 PM

Thanks for catching me up on a few items I would have missed. And THE HARD BOUNCE is gonna rock.

Thanks, David for being the original publisher of HOOSIER DADDY - the story that's fucking everybody up. Really, I've more feedback on that single story than anything else I've published. I owe you one

Man, I love the "Seven-Ups" My late uncle took me to see it. I was, like, almost seven y.o. at the time. Uncle Doc took my brothers and I to all the crazy, violent, 70s shit--telling my less than interested folks --"We're going to see some cops and robbers." I can only recall flashes now...the whole cinematic experience was so awesome for a boy--sometimes we'd eat Chinese beforehand and then catch the early show. Goddamn...The French Connection II, The Hot Rock, The Drowning Pool, The Towering Inferno, Papillon, The Sting, Three Days of the Condor, Marathon Man, Brannigan, etc., etc. Probably stick him in jail for exposing kids our age to flicks like that now. Doc knew his movies, dude. And his crime fiction too. Died two Christmases ago. I miss him a lot.