Faust Ball Right Down the Middle 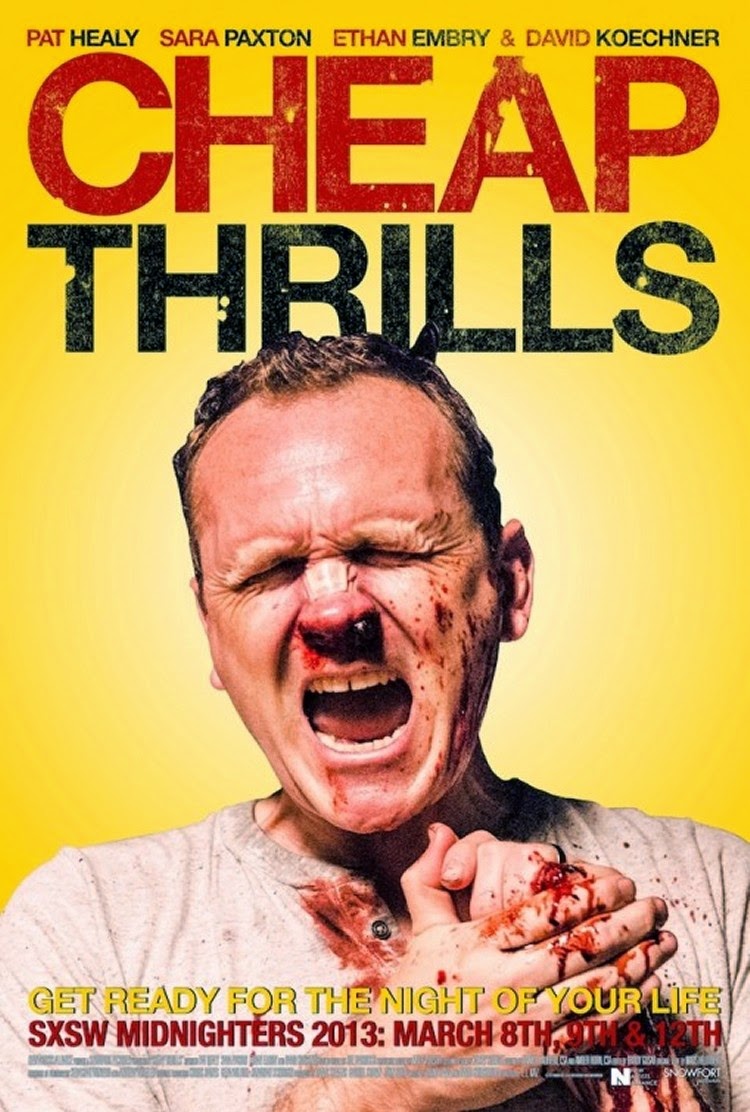 Saw a just about perfect film last night, E.L. Katz's black comedy Cheap Thrills. It's about the way money is a lens that you see your moral universe through, how it changes everything from the way you feel about your friends, enemies and your own value. Mostly it's about economic exploitation. Its metaphoric precision could be off-putting in the hands of lesser talents, but the cast (including the stepping-assuredly-out-of-his-typical-broadly-comic-role David Koechner, the surprise!-he's-actually-pretty-great Ethan Embry and almost the entire center of Ti West's The Innkeepers, Sara Paxton and the always compelling Pat Healy) is uniformly on point and it's a remarkably controlled bit of cinema for a first-time feature director. It's manipulation of rhythms for maximum humor, horror and suspense are pretty fucking rock solid. 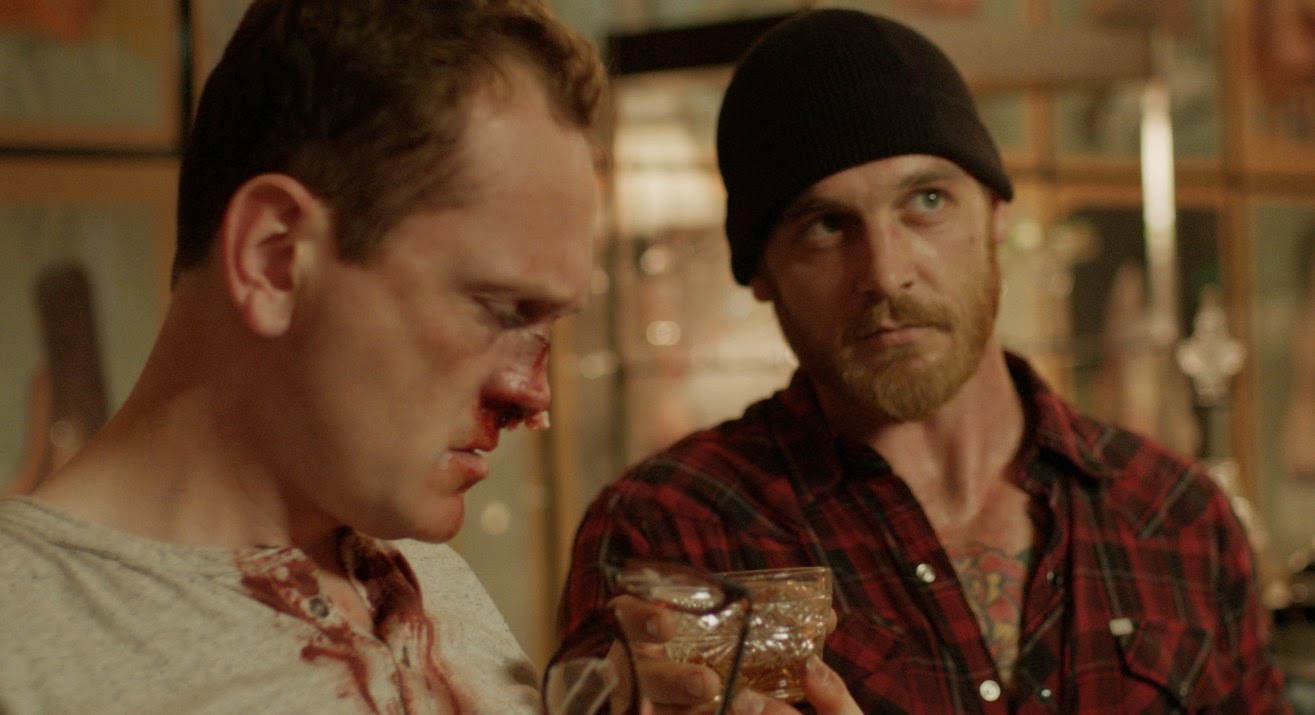 Yeah, Jed, but is it a crime movie? It is. And a pretty great one. It centers around a desperate everyman and his low-places pal whose lives are invaded by the devil in the form of an obscenely rich couple who want to get some kicks by playing a game. This game goes dark fast and deep - like to the core of these guys' senses of self - mercilessly.

And this is at the heart of another current high-quality film-type pleasure of mine - Fargo on FX. Dunno what I expected from this show - maybe a serialized re-telling of the the story from the feature film? - but, um, no... it's not that. Yeah, it's funny, it's got the accents and the 99% front and center, but it's a completely new creature. My God. It's dark. It's brutal. It's perhaps going to be my new favorite thing on TV (Boardwalk Empire wraps this year after all). And you know a big important ingredient in making something so dark-so effective? One that gets left out too often? It's got some fucking human warmth, some heart. Nobody feels it when hard hearts get broken. Nope, it only really hits home when there's still something sticky and vaguely liquid in there. 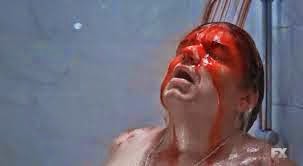 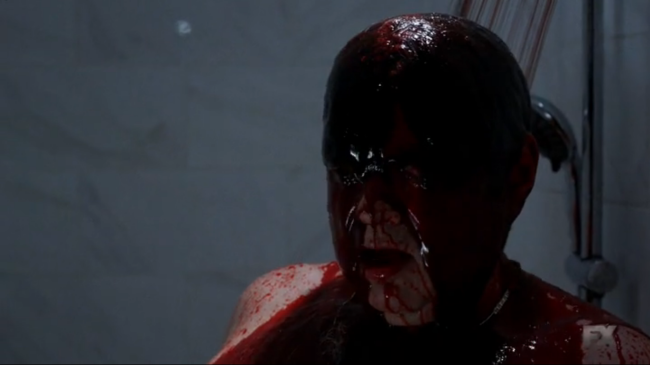 Buuuuut what I was gonna say was that Fargo is using the same device - the devil shows up and takes your most petty, reckless, irresponsible impulses and makes them reality, leaving you to deal with the consequences - that Cheap Thrills did (what do the fancy people call that, Faustian?) for fanfuckingtastic results. 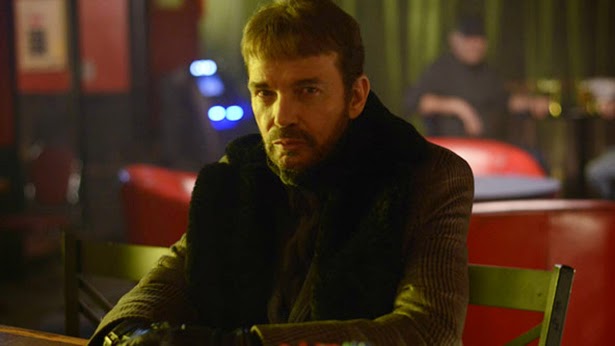 That's not all the weird convergence though... From the start Fargo had a weird little Scott Phillips vibe going for me - mostly cause of the frozen heartland setting ala The Ice Harvest not to mention The Ice Harvest casting with Billy Bob Thornton and Oliver Platt, but most especially after the fourth episode connected Fargo the TV show absolutely to Fargo the movie in just about the exact same way Phillips's 'sequel' to The Ice Harvest, The Walkaway was connected to its predecessor... if you haven't read/seen what I'm talking about I'm not about to spoil that shit for you. 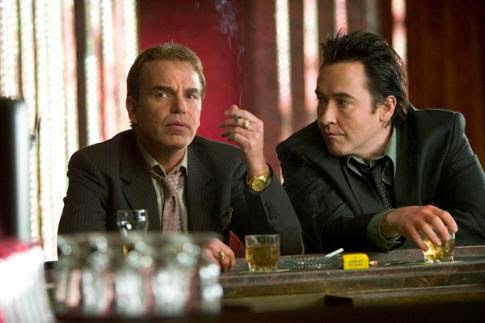 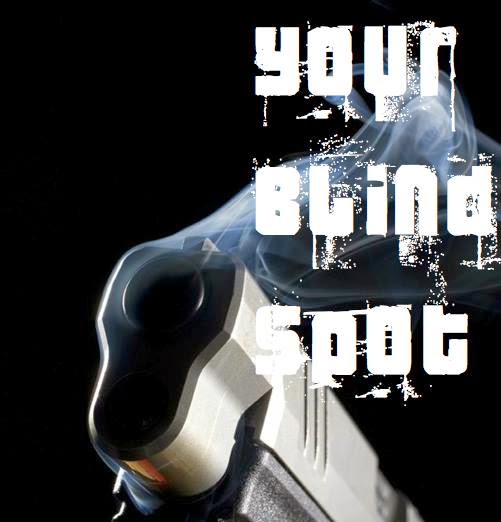 In other icy-hearted heartland news - I'm wrapping up Frank Wheeler Jr.'s The Good Life and just... holy shit, is it just a primer on the disposal of human remains. So glad I read this before the family reunion. Here's hoping that Paul von Stoetzel's short film Your Blind Spot (written by Frank) has just a touch of this here snippet from The Good Life...(names omitted to remain spoiler free).

I stand up and swing the shovel like a golf club right into his upper left arm. The shovelhead snaps his humerus. He screams and doubles over in the pit...

"Here's your fucking problem, cocksucker," I yell down at him. "You don't answer every one of my questions, then I'm gonna break your other arm, both legs, and a few other bones here'n there for good measure. We're gonna bury you alive with a garden hose taped in your mouth so you can breathe. Cuz, how long you figure it'd take a man to die that way?"

"So we'll come back tomorrow and dig your faggot ass up. Break a few more bones, cause you have about two hundred - we're not gonna run out. Bury you again. Keep doing it till we get bored. And you know what? There sure ain't a lot else to do in Nebraska. You can only bowl so many nights a week." 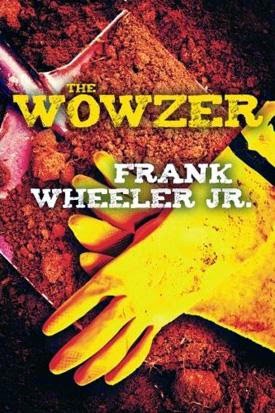 If you dug The Wowzer, like I did, The Good Life is right up your dark little alley.