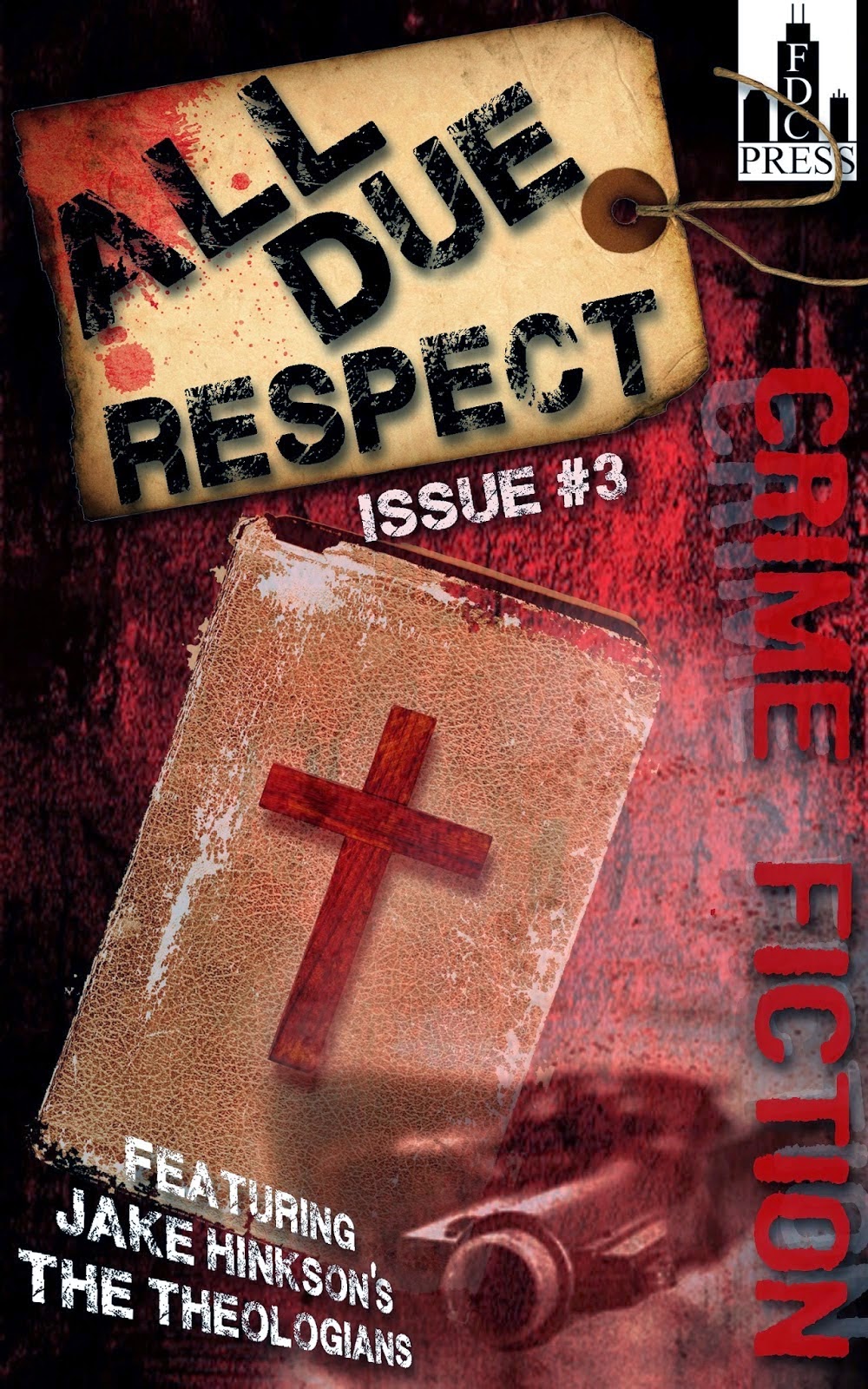 I was asked recently for suggestions on places to try and get short crime fiction published and all the electronic journals I would typically recommend it turned out also have print publishing arms now... which just struck me as pretty damn cool. Needle of course is exclusively there already, but what with your Thuglits and Crime Factories, your Beat to a Pulps, your Out of the Gutters and your Shotgun Honeys you've got some pretty boss options. And we can't leave out All Due Respect, now can we? Nope. 'Specially when their latest issue features fiction by badass names like Jake Hinkson, Patti Abbott, Rob Hart, Jen Conley, Mike McCrary, Alec Cizak, Angel Luis Colon, Chris Leek and Jessica Adams. Toss in interviews with Hinkson and David Cranmer and yep, it's going to the top of the to-be-recommended pile. As if that weren't enough, ADR offers fiction reviews with Chris Rhatigan, Mike Monson, David Bishop, Craig McNeely, Bruce Harris and Lawrence Maddox as well. Those guys are looking at books by Hinkson, David James Keaton, Eryk Pruitt, Jack Clarke, Tom Pitts, Max Booth III, Lawrence Block, Donald Westlake, Paul D. Marks aaaaaaand... lookit that, Rhatigan is even saying things about Peckerwood. What's he got to say?

"Ayres... takes himself too seriously... Petty criminal and all-around shitbird... who also happens to cruise gay bars... there are a number of storylines that... don't appear to be related... Ayres manages to take... my money... and... much more than that... He's also just a... certifiable sociopath... By the end of the book I... was rooting for... the law to punish... severely."

Seriously, though, big heartfelt thanks to everybody who's been reading my stuff and then saying so. It means a lot. Looking at you, Christa, Brad, Sandi, Joey, Eryk, Rory, Joe, Sammy, James, John, R.P., Stuart, Don, Bob, Jason, Ian, Luke, Adam, Mike and Vincent - right back atcha. 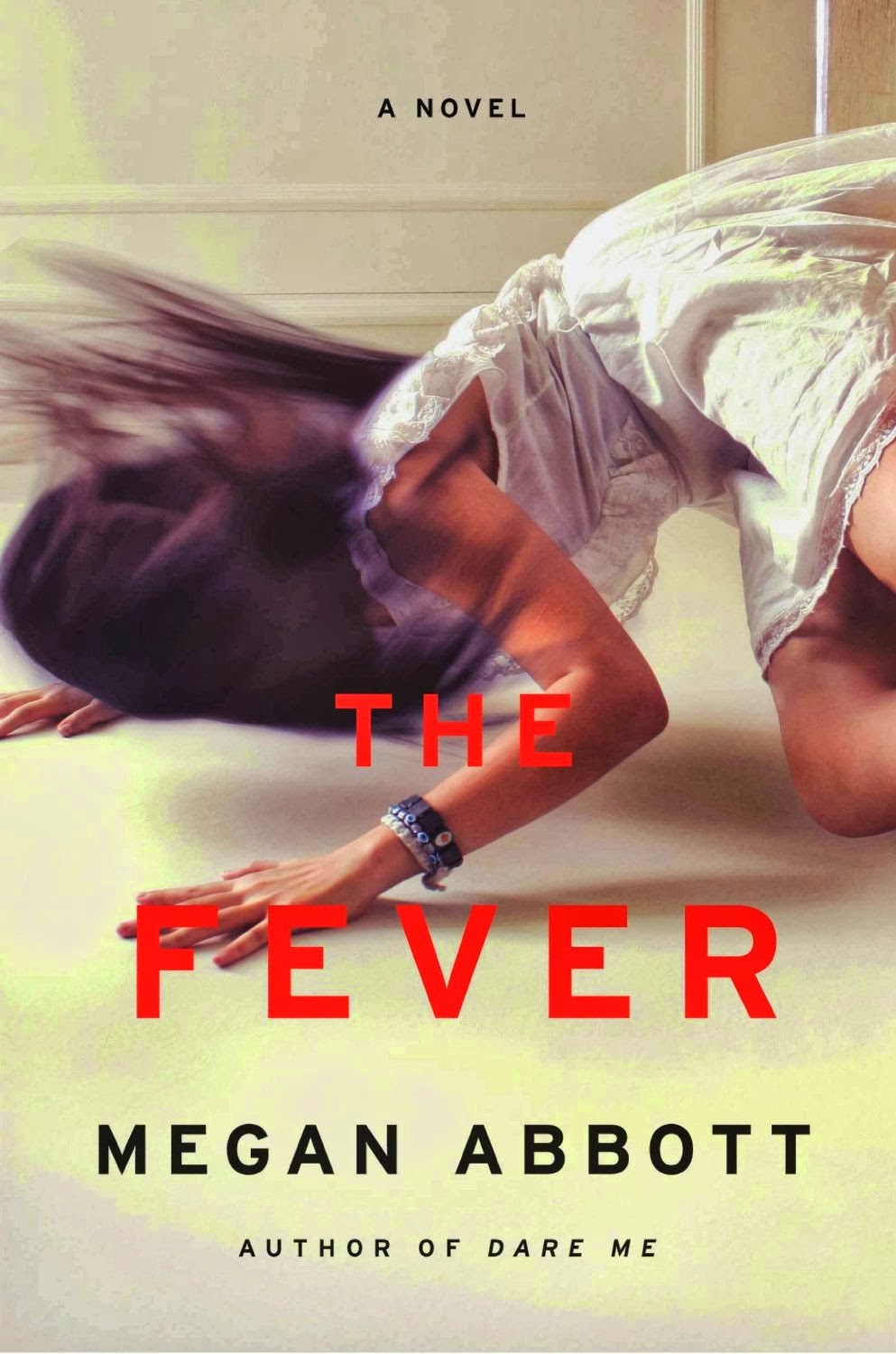 If I weren't going to be fast asleep at noon today, I'd be heading down to Star Clipper for the Cullen Bunn event wherefore he signs copies of his book The Empty Man, but tonight rest assured I'm gonna go check out Megan Abbott, Reed Farrel Coleman, Ridley Pearson, Tom Schreck and Marcia Clark at the St. Louis County Library headquarters. 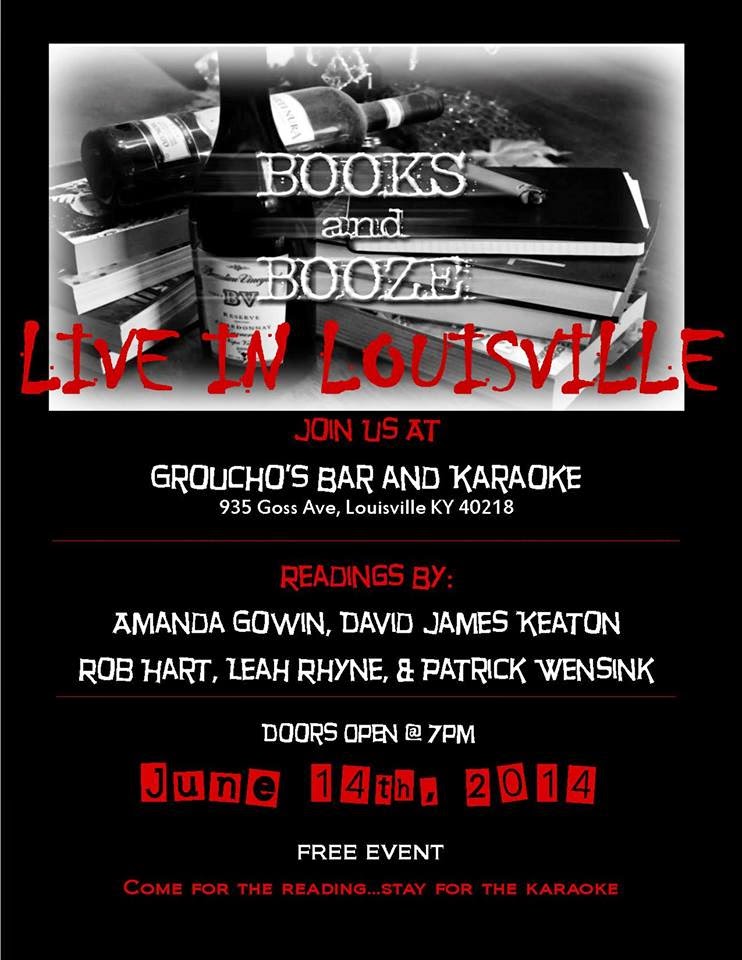 For those of you not living in the general vicinity, you might check out the Books and Booze Live! event on Saturday in Louisville, KY with David James Keaton, Rob Hart, Amanda Gowin, Leah Rhyne and Patrick Wensynk, (hosted by Jessica Leonard). If there's karaoke afterward, watch that Keaton doesn't do the entire Billy Squier discography. 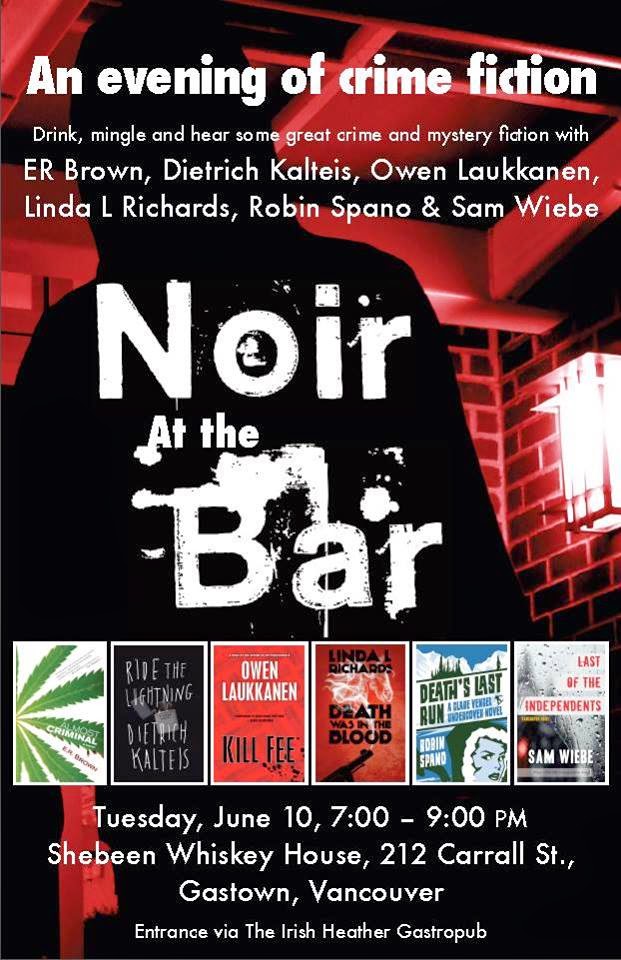 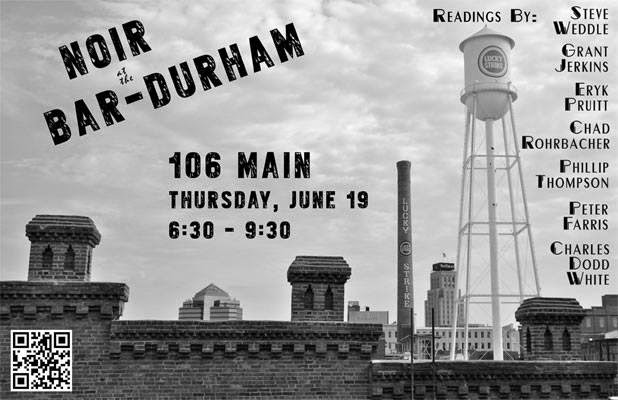 And I won't the fuck be able to attend N@B-NC on June 19 when Eryk Pruitt burns the town down with the help of Steve Weddle, Grant Jerkins, Peter Farris, Charles Dodd White, Chad Rohrbacher and Phillip Thompson. 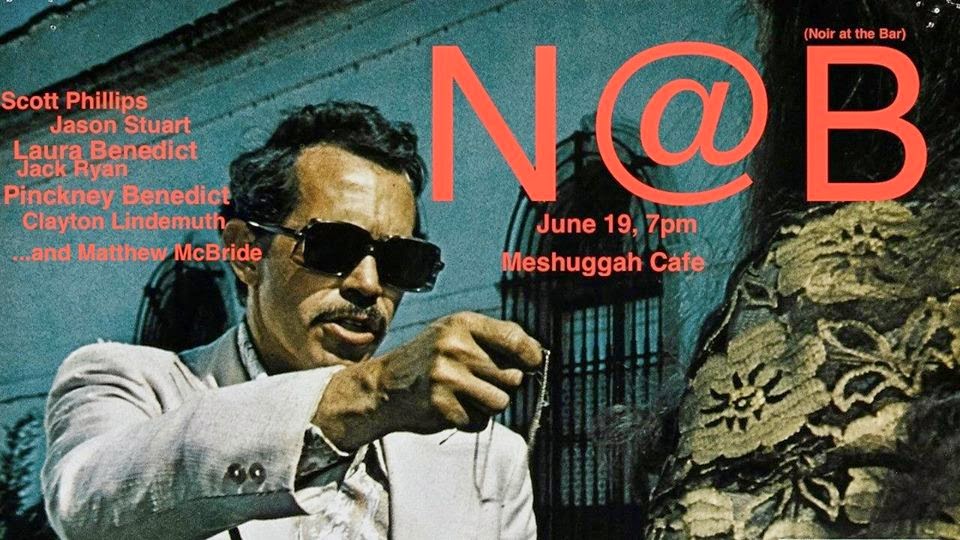 But that's because I'll be doing my best to remain upright in the company of Benedicts, Laura and Pinckeny, maestro of mayhem Scott Phillips, one-percenter Jason Stuart and local heroes Matthew McBride, Clayton Lindemuth and Jack Ryan... Plus, I hear rumors that attendees may include N@B alum David James Keaton, Fred Venturini, Tawny Leech and Josh Woods. WTactualF? I'ma need to get limber first. 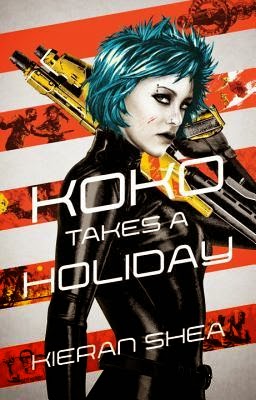 Finally - DON'T FORGET TO PICK UP YOUR COPY OF FUCKING KOKO TAKES A HOLIDAY BY MOTHERFUCKING KIERAN SHEA TODAY- THE MOST FUN YOU'LL HAVE IN PRINT ALL SUMMER. 'cause, it's out now. That is all.
Posted by jedidiah ayres at 7:59 AM

Labels: NoirBar, Patting myself on the back, Peckerwood

Your redacted version of Rhatigan's review made me spit my drink across my keyboard. I will send you the repair bill.