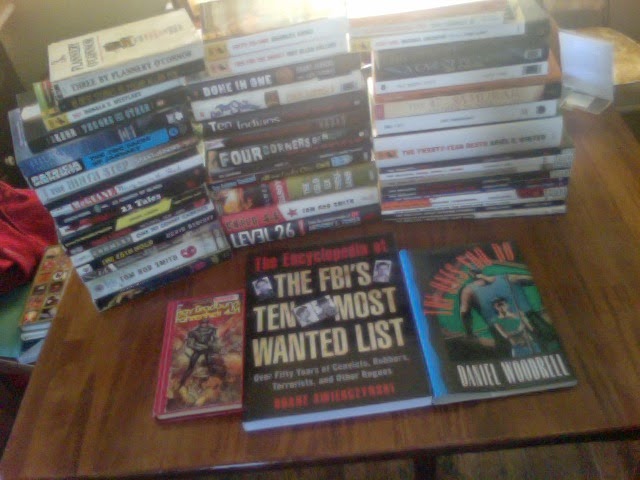 A few weeks ago Brian Lindenmuth posted a picture on his FB page of books from his shelves with numbers in the title and asked for others to do the same. I've wasted many a Saturday afternoon compulsively combing my shelves to keep up with his challenges. Anyhow, when my pile was assembled (incomplete of course, but pictured above) I turned to movies... because apparently I've got some OCD issues. 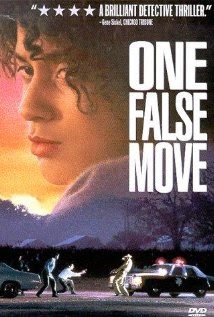 Tried to make the crime flick list go to 100, but lost my way somewhere in the 60s. You can see that list I posted at Letterboxd right here. Please go visit it and tell me how fucking clever I am. I need that kind of validation.

I wanted to post something better about books than my stupid picture on Brian's page, but I ran out of steam to go beyond what I actually had at home. So below are a quick one-to-ten (a cut-off which keeps me from including stuff like Ed Kurtz's The Forty-Two and Thomas McGuane's 92 in the Shade - I'll leave that for a bigger nerd). Obviously there are plenty of titles that I could have included in the one-ten slots that I dig - Eric Beetner's Dig Two Graves, Daniel Woodrell's The Ones You Do, Grant Jerkins' The Ninth Step come to mind - but these stood out for some reason and that there's all there is. 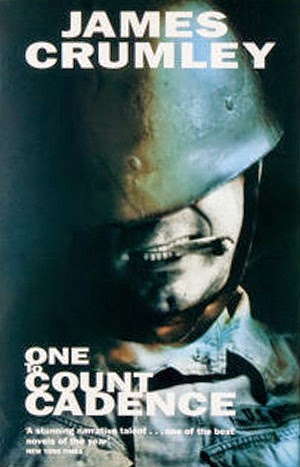 One to Count Cadence - James Crumley - Been saving this one for a long time. I love several of his crime novels - The Last Good Kiss, Dancing Bear, The Wrong Case - and his short story collection Whores, but I've held off on reading his Viet Nam novel, not because I doubt the pleasure I'll take from it, for unknown reasons. Finally having read Kent Anderson's Sympathy For the Devil I think I'll probably dig into this one soon. Still, it's always comforting to look at your bookshelf and feel certain that you've got plenty of ammo for apocalyptic ice storm that knocks out power and keeps you from traveling, affording you no activity but reading and boardgames for a month. 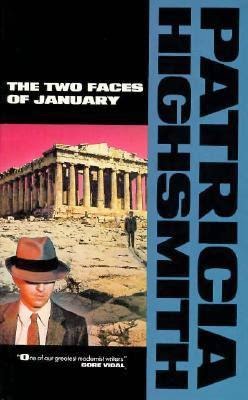 The Two Faces of January - Patricia Highsmith - Highsmith's one of those names I pick up whatever I find by in the library sales, and I've had this one on stand by for a couple of years, but having very much enjoyed the recent film version from Hossein Amini, I've bumped this one to a higher spot on my TBR list. 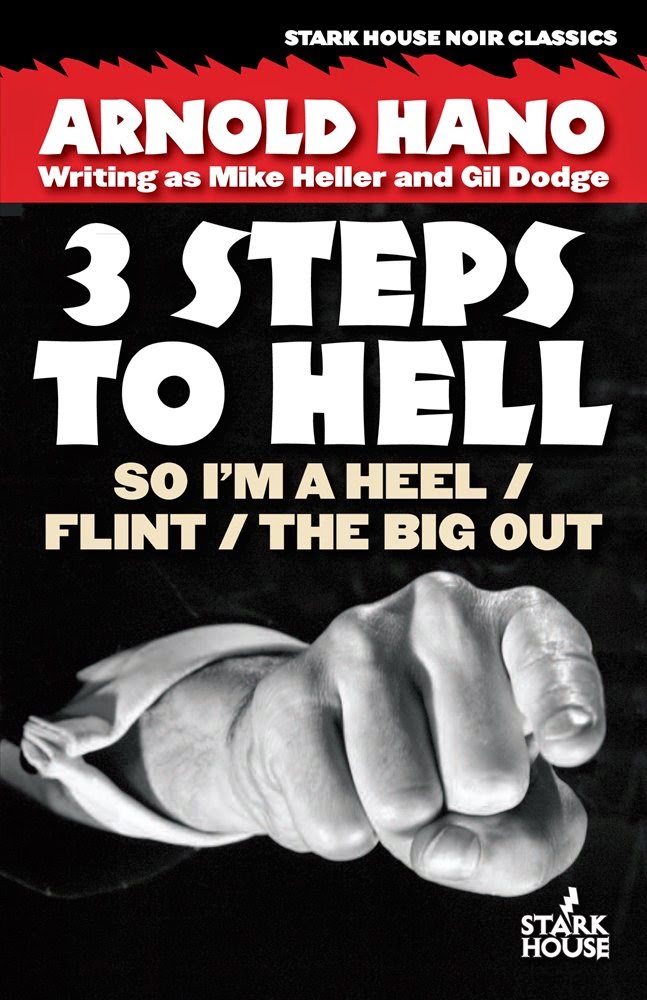 3 Steps to Hell - Arnold Hano - I'd never heard of Hano (or his pseudonyms Mike Heller or Gil Dodge) before Stark House put out this omnibus. I read Flint and dug hell out of it. It's hardboiled and unsentimental and just cold as fuck yet manages to have a real, beating heart beneath its surface. Check it out. 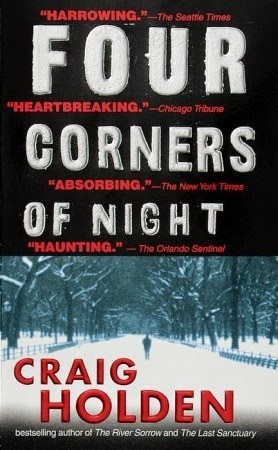 Four Corners of Night - Craig Holden - Had this one on my shelf for years and still haven't got to it, though based on the recommendations from many sources I trust (Craig McDonald, Peter Dragovich, Brian Lindenmuth, Keith Rawson, Eric Beetner) I am pretty fucking sure I'm going to love it when I get there. 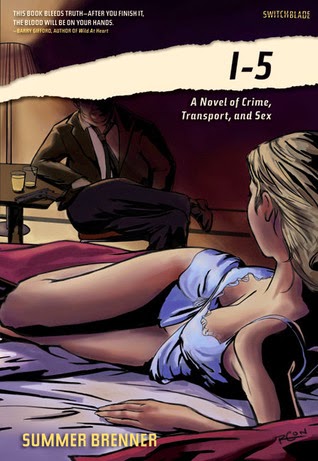 I-5 - Summer Brenner - Holy hell, I loved this one. Story of a Russian girl forced into sex work in the US, part of an underground hidden in plain sight. Bleak, yes, but tough too. Neither hand-wringing victim-exploitation, nor cartoonishly hardboiled, this is a survivor's tale with a human and enigmatic protagonist. Apparently a sequel coming soon. Fuck yes. 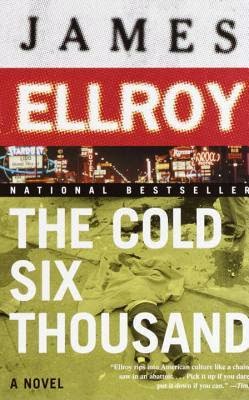 The Cold Six Thousand - James Ellroy - Middle chapter of the Underground USA trilogy. What? You haven't read it? Go away and come back when you've rectified that shit. 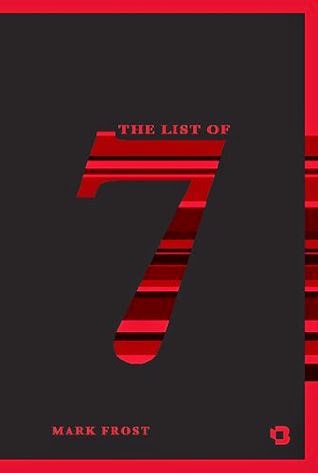 The List of 7 - Mark Frost - I picked this up after eating up Twin Peaks, the landmark television program Frost was co-creator of alongside David Lynch. I enjoyed it enough as a Sherlockian adventure mystery in the vein of Caleb Carr's The Alienist (which I'd read about the same time), but not enough to make me read the sequel. I'd like to revisit Frost's directorial effort, Storyville - adapted from the novel The Juryman by Frank Galbally & Robert Macklin. Seems I liked that one back in the early 90s. 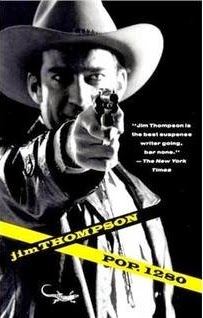 Pop. 1280 - Jim Thompson - Stands alongside The Killer Inside Me at the top of the psycho law man genre that Thompson made his name synonymous with. Daniel Woodrell wrote the intro to the new reissue from Mulholland Books, so there's that. If you dig this kind of thing and haven't read Frank Wheeler Jr.'s The Wowzer or The Good Life, you really ought to. Pretty swell film adaptation of this one too - Bertrand Tavernier's Coup de Torchon. 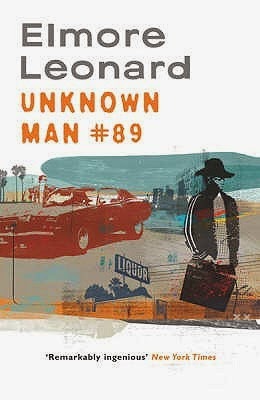 Unknown Man No. 89 - Elmore Leonard - According to the author's intro, Neil Diamond was once interested in starring as Jack Ryan in the movie version. Hmmm. Couldn't have been worse than the Ryan O'Neal or Owen Wilson vehicles turned out to be. Could it? 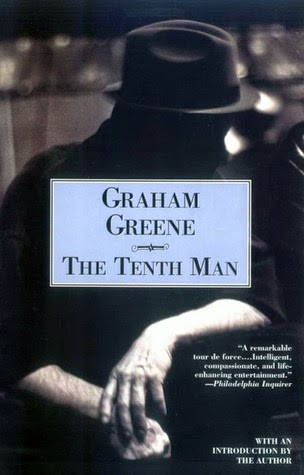 The Tenth Man - Graham Greene - Not one of his best, but even this slight volume gives the reader some moral dilemma worth chewing on. I love Greene. Have I said that before? Movie version had Anthony Hopkins front and center. I haven't seen it.

Posted by jedidiah ayres at 1:40 PM