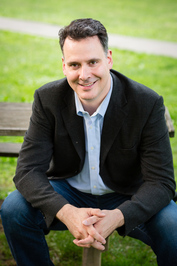 Matthew FitzSimmons is the author of The Short Drop just out from Thomas & Mercer. His Narrative Music piece touches on something I too dig hard - the catchy, sunny tune with the deeply fucked up lyrics. Check out this story, then catch up with his book. You can keep current with Matthew at his website.

I’ve always had a soft spot for songs with gentle or catchy melodies that set your head bobbing until you catch the black as pitch lyrics. It probably dates back to the first time I realized the theme song to M*A*S*H was called, Suicide is Painless. Let’s just say that helped warp my sensibilities some, and I’ve been archiving examples ever since. Woman in the Wall by The Beautiful South leaps to mind. The Bee Gees’ Stayin’ Alive might be disco, but its lyrics describe a desperate, nihilistic life: “Life goin’ nowhere, somebody help me; somebody help me, yeah.” Foster the People’s Pumped up Kicks is about a school shooting, but it was the beat that earned it heavy rotation on Top 40 radio. Call me twisted, but I appreciate the discordancy between sound and word. It’s like a magician fooling me with his inviting smile while his hands are already lying to me. 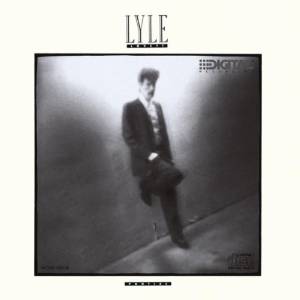 Perhaps my favorite musician in this mold is the great Lyle Lovett whose bone dry sense of humor has been on display since his eponymous debut in 1986 with songs like If I Were the Man You Wanted and God Will, which has perhaps the coldest kiss off in music:

God does
But I don’t
God will
But I won’t
And that’s the difference
Between God and me.

But it was L.A. County from his second album, 1987’s Pontiac that really hooked me on Lovett’s tricky phrasing. It’s a song about revenge that lulls you with a melody that is both hopeful and sweet. Initially, the song announces a theme of unrequited love - a man travelling to California in pursuit of a woman who is marrying the wrong man. Wrong only because he’s not the protagonist of the piece, and we’re conditioned to root for the protagonist. Lovett plays on that conditioning; he mirrors the construction of the first and third verse, invoking the idea of traveling with an “old friend” in both. It’s easy to miss that while she is travelling with her future husband, our hero isn’t traveling with a person at all. But when that “coal black .45” is formally introduced, oh that’s when you know this thing won’t end well.

In the years since I first heard the song, I’ve heard its sentiments echoed in the words of men and boys who’ve turned to the gun when they decide the world had mistreated them. Call it toxic masculinity or by another name, but Lovett nails the passive victimhood of so many mass shooters:

And they kissed each other
And they turned around
And they saw me standing in the aisle
Well I did not say much
I just stood there watching
As that .45 told them goodbye

He waits until they’re man and wife. They kiss. They turn out to the congregation to greet friends and family. They’re smiling, radiant and happy. And there he is, our hero. The wronged man. But he tries to convince us of his innocence. That it wasn’t him. He’s just standing there watching. It was the gun, his only friend. Imagine the pandemonium inside that church, the screams and the blood. None of which our hero acknowledges. The misery that he’s caused is not part of the narrative he’s constructed for himself, and this song is as much about what the narrator excludes as what is included. The world of the song is peaceful and serene, even in the midst of chaos, and he returns quickly to waxing poetic about the “diamonds in the sky.” And then in a final act of desecration, he kneels at the altar with that old friend. Lovett doesn’t have to tell us how the story ends. It’s our native ending - an American ending.

One year later I left Houston
With an old friend by my side
Well it did not say much
But it was a beauty
Of a coal black .45

And the lights of L.A. County
They looked like diamonds in the sky
As I drove into the valley
With my old friend at my side

And as she stood there at the altar
All dressed in her gown of white
Her face was bright as stars a'shining
Like I'd dreamed of all my life
And they kissed each other
And they turned around
And they saw me standing in the aisle
Well I did not say much
I just stood there watching
As that .45 told them goodbye

And the lights of L.A. County
Look like diamonds in the sky
When you're kneeling at the altar
With an old friend at your side 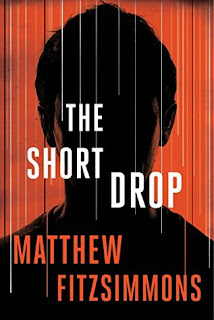 Matthew FitzSimmons was born in Illinois and grew up in London, England. He now lives in Washington, DC, where he taught English literature and theater at a private high school for over a decade. The Short Drop is his first novel.

Posted by jedidiah ayres at 2:26 AM