I tell you I've got a novella coming out soon? Perhaps, I mentioned that somewhere. Yeah, my baby, Fierce Bitches, drops at the end of February and I've been pleased and a bit baffled by the early attention its had. Well, I think the novella is underloved as a medium and I'd like to give you some fine examples of the form from my personal reading last year. 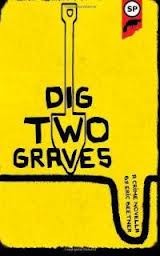 Eric Beetner's Dig Two Graves - A convict escapes custody and embarks on a quest for his stashed cash and some righteous comeuppance against the the lover who set him up. This hardboiled and darkly comic tale of revenge is a single-sitting slice of wrong I wish I could write. 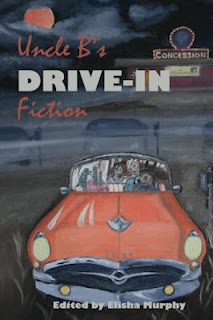 Garnett Elliot's The Shunned Highway - One of six crazy nasty novellas in the book Uncle B's Drive In Fiction (more from Jimmy Callaway, Matthew C. Funk, CJ Edwards, David James Keaton and Alec Cizak) is tasked with the job of setting the pace. Then everybody else has to try and keep up. Dark One-Percenters is a genre too little explored. 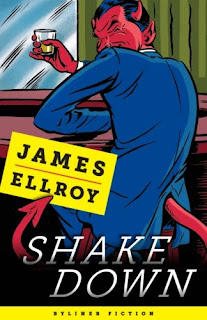 James Ellroy's Shakedown - Slight? Sure, this one's a single rib in his body of work, but the form (not to mention the platform - a Kindle Single) frees Ellroy up to get loose and go for yuks. Dig the Purgatory confessions of Hush-Hush head honcho and groove on the salacious and sin-sational dirty dishing. 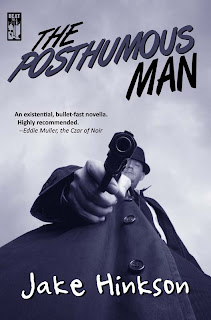 Jake Hinkson's The Posthumous Man - Like Beetner, Hinkson is a fast study of mid-century hardboiled masters and brings their flavor into the twenty-first century with tweaks that only a crack-shot could pull off. Love the religious over/undertones of Hinkson's books too. 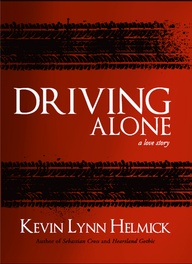 Kevin Lynn Helmick's Driving Alone - This one's a fever dream slice of lost highway haunting. Southern-fried and single-malted prose with a gut-shot ticking clock snaking through. Hell, I even got to blurb the damned thing. Here's what I said: Harboiled, hardbitten and haunting as well as lyrically libidinous and lovingly lascivious. Kevin Lynn Helmick tackles sex and death along the lost highway the way the damned do - alone. 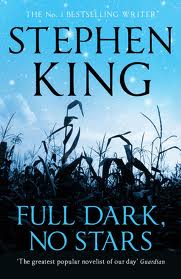 Stephen King's 1922 - The opener from the collection of four novellas, Full Dark, No Stars, is simply one of the greatest noirs I've ever read. Period. A Nebraska farmer, afraid that he'll lose the one thing that he holds dearest (his farm) convinces his young son to aid him in the commission of an unforgivable crime, the consequences of which reverberate for the rest of his life. 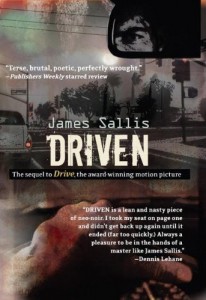 James Sallis' Driven - Driver is once again the target of unwanted attention and readers attuned to stripped-down, impressionistic and lyrical style will sit back and go with it, while the un-initiated will boggle at story-telling and very pregnant negative spaces. 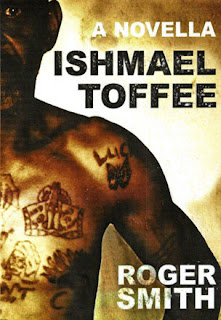 Roger Smith's Ishmael Toffee - More Cape Town/Cape Flats juxtaposing, but this time from the point of view of an ex-con with a winking sliver of soul about to be awakened from hibernation from beneath the mass of scar-tissue that may once have been a heart. Brutal, brutal shit. Break your heart tough guy. 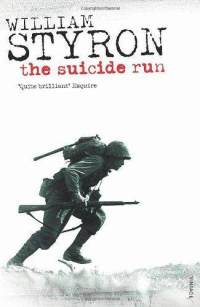 William Styron's The Suicide Run - The titular story from this collection of marine fiction ties the whole book together emotionally and thematically, but really the whole collection deserves a read. Despite the battle-stance of the cover's soldier, each marine featured in the book is home on leave, back from the war or serving in prison. The greatest (next) generation gets a little sepia-veneer stripped back and look all the better for it. 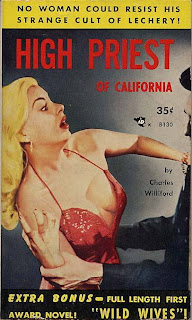 Charles Willeford's The High Priest of California - Cad, rake, womanizer... spellbinder. The voice of Willeford's debut novel (novella) is just as assured and acidic as the work yet to come from the godfather of the asshole protagonist. Fun to return to ground zero and recognize the imprint Willeford's made on so many of my favorite writers of the last forty years.
Posted by jedidiah ayres at 1:44 PM

Solid list, sir. And I'll say it again for the record: I prefer novellas to novels. That's where the juice is these days.

Wow, man, am I stunned and honored to be on this list? Fuckin A.
It had taken me awhile before writing Driving Alone to realize what was lacking in my body of work, a novella. Strange, since it's the format of most of my favorite books, the reason I think, that most seem to forget about "novellas" is that they never, feel, like novellas. Can't wait to get my hands on Fierce Bitches. I've read several reviews and sound like a cross between Blood Meridian and Get the Gringo, and that's gotta be sweet spot.
Thank you Sir Jed, Prince of Noir

So great to be included here. This settles it, I am going to get Driving Alone right now. Heard too much good stuff. And I need to hunt down that Willeford.
Agree on the Uncle B's pick and Posthumous Man. All hail the novella!
Seriously looking forward to Fierce Bitches too.

"Godfather of the asshole protagonist"
Charming.

If I may be that guy that drops links in to a comments section.