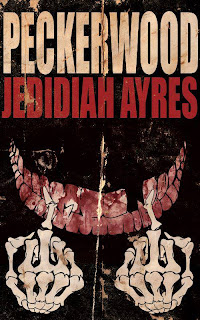 Last week I took the final pass at Peckerwood before it's out in the world (November) and a couple of days later Broken River publisher J. David Osborne announced the press's first batch and launched a Kickstarter initiative which you can read more about right over here.

Here's the thing though - Broken River is going forward regardless, and this Kickstarter thing is just a chance for folks who are into this kind of thing to get in on the ground level, prepay for a couple of items they know they're going to want anyway, and get some good deals for their foresight.

What kind of stuff?

Let's have a looksee, shall we? Aside from Peckerwood, Broken River is releasing four badass crime titles in November and they are: 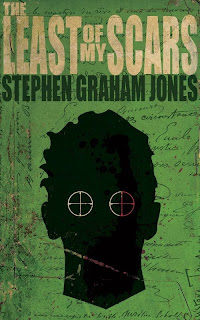 The Least of My Scars by Stephen Graham Jones - Only the what, third(?) book this year from Jones, but this sounds like a great vehicle for his horror/crime hybrid sensibilities. Check out an excerpt from this one at Plots With Guns. 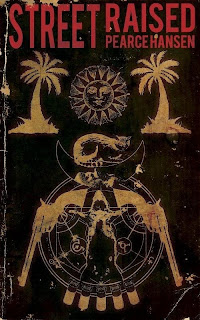 Street Raised by Pearce Hansen - Remeber Point Blank Press? Man, those guys turned out some great shit including first novels from Duane Swierczynski, Ray Banks, Allan Guthrie and Anthony Neil Smith, plus Craig McDonald's first interview collection Art in the Blood (not to mention titles from Dave Zeltserman, James Sallis, James Reasoner, Gary Phillips, friggin Charles Willeford etc.) Well, this one was also among their amazing catalog and now, (sadly - but not for long) out of print. Trust that lineage, kids. This one's gonna fuck you up. 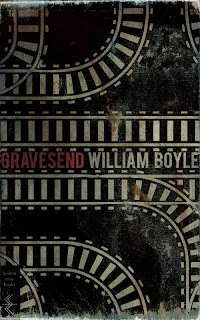 Gravesend by William Boyle - Osborne compares this one to George Pelecanos at his best. Between that and knowing Boyle's short fiction as well as his non-fiction and critical work (you dig 70s crime movies, you'd best get the hell over to Goodbye With a Bullet), I can't wait to see what his first novel contains. Here's what I'd wager: pathos and blood. I'll let you know in November. 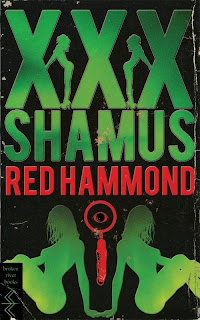 So, hey, if this kind of thing is your bag, you might do yourself a favor and snag a good deal on some of these titles by contributing a few bucks to the ol' Kickstarter. And if you're not down with that, don't worry, this isn't a threat - like some Kickstarter initiatives I've seen, where they dangle some great project out there and insist you pay now in order to ever see it happen - no, all this inglorious badassery will be available to you soon anyhow.

I'm excited for every one of these titles and the future of Broken River, including the new book related to Low Down Death, Right Easy - Black Gum Godless Heathen.

Posted by jedidiah ayres at 8:47 PM

Labels: Patting myself on the back, Peckerwood, Year in Books

Randy: Goddamn they don't make em' like they used to.

Randy: Then that Cobain pussy had to come around & ruin it all.

I tend to be of a negative mind when it comes to crowd funding (though I have thrown in a few times). But since this isn't one of those "If you don't give me your money now I'm taking my ball and going home!" deals, I happily backed the project. I was going to buy the books anyway, so why not?

Yeah I feel ya on the crowd-funded things, but this one has got a better feel to it for my sensibilities.

Red Hammond slipped you a mickey

I could almost swear I had a conversation about that book with the person who wrote it. Driving me up the wall. And down. And around. Etc.

I think you're right, Red Hammond did slip me a mickey.