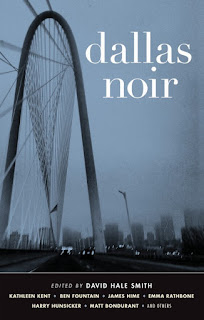 Quick takes on the newish:

Wednesday I'll be at The Wild Detectives in Dallas for N@B hosted by David Hale Smith and Eryk Pruitt. I'll be outshined by the likes of Max Booth III, Joe R. Lansdale, Rod Davis, Harry Hunsicker, Opalina Salas and Scott Montgomery. Significantly missing from that lineup is Clay Reynolds whose 1986 book Agatite (later published as Rage) I devoured this week. 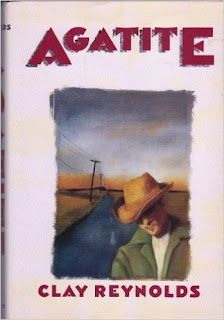 Fucking hell.  I dug the shit out of it. Had all the hallmarks of literary crime novels that I love - treated genre material seriously, had real literary ambition demonstrated by featuring a large cast of fleshed out characters, justifiably-challenging structure and a gauntlet of chunky, resounding thwacks from the paddles of many emotions. Dug it so hard I picked up another Reynolds title, Players, to have for later. 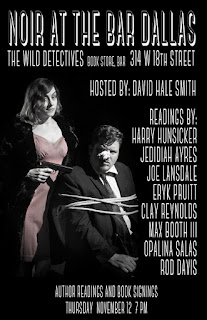 Clay had to pull out of the event and I'm disappointed as hell not to be meeting the dude, but I got my name on a poster next to his, so I can die happy. Hey - somebody make a poster with my name next to Rudolph Wurlitzer's and, what the hell, Jim Thompson's huh? 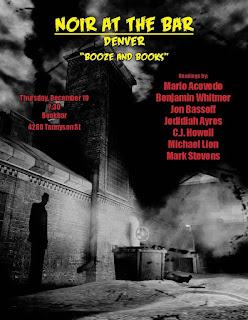 In December I'll be back in Denver for N@B with Benjamin Whitmer, Jon Bassoff, Michael Lion, CJ Howell, Mario Acevedo and Mark Stevens. So fucking mark your calendar and prepare your alibis for that shit. And hey, recent Denver immigrant James Ellroy, if you're around and want to ride my coattails onto the lineup - I might be able to make that work... I know a guy who knows a guy. 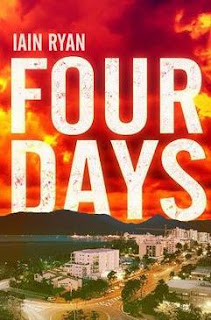 It wouldn't be the first time our shits got mingled, y'know? Yeah, Australian crime novelist Iain Ryan's debut novel Four Days was just published by Broken River Books and he wrote a guest piece at the Do Some Damage blog this week about The Four Books That Went Into Four Days and he does me the impossible to live up to honor of claiming my own Fierce Bitches along with Ellroy's Blood on the Moon, Derek Raymond's I Was Dora Suarez and David Peace's 1977 & 1980 as those responsible for the dark, twisted tone and bite of his book... and of course he's too generous. I had the pleasure of reading and providing blurbage for that book and -trust me- if you dig the stuff you see featured on this blog, Four Days is right up your alley. 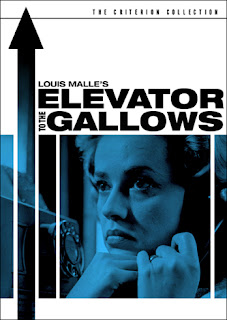 If you're a listener of The Projection Booth movie podcast (and you should be 'cause Mike White and Rob St. Mary bring the twin towers of nerddom - passion and encyclopedic knowledge - to each episode) download the November 18 episode about Louis Malle's feature debut Elevator to the Gallows to hear me expose my general arrogance and ignorance on movie shit. Find out everything I know about jazz and Miles Davis, exactly how much French I speak and why Noel Calef's source novel is not the same as Geoffrey Home's Build My Gallows High -basis for  Jacques Tourneur's film Out of the Past- and why I should turn in my fucking noir card for that gaff. 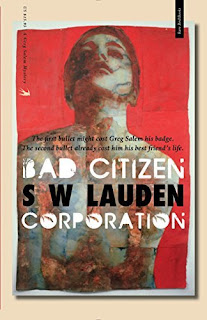 If you're not yet sick of my shit head over to S.W. Lauden's blog for a quick interview he conducted with me. And holy hell lookit that beautiful cover art on his new surf-noir novel Bad Citizen Corporation. Lauden's title (along with Pruitt's Hashtag, Eric Beetner's Rumrunners and Chris Irvin's Safe Inside the Violence)  is one of the only books I picked up at Bouchercon this year and I can't wait to read it. 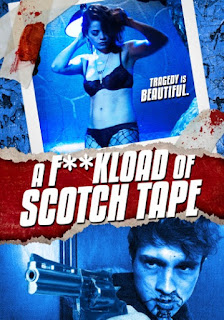 If you dodged the bullet before, get ready to duck again as Julian Grant's feature film musical adaptation of my short story A Fuckload of Scotch Tape is getting a new release from Wild Eye Releasing (in December?). Also - look for the reprint of my short story collection now titled Courtesy, Sympathy & Taste -or- A Fuckload of Shorts coming soon from Broken River Books. It will feature a couple of short stories not in the original edition as well as some excerpts from Shitbird (the sequel to Peckerwood). 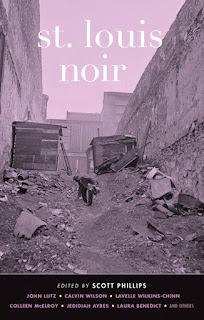 This year I had a couple new short stories appear in the anthologies Shotgun Honey Presents: Locked & Loaded: Vol. 3 and Jewish Noir. In 2016 I'm looking forward to at long last putting my hands on St. Louis Noir from Akashic books and edited by Scott Phillips. I'm particularly fond of my story Have You Seen Me? and, as it's based on some terrible things that actually happened around here, I expect to be persecuted in the local media over my glossed over fictional treatment.
Posted by jedidiah ayres at 3:54 PM