Merry CrimesMas: Kelby Losack on All is Bright 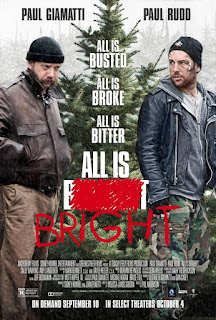 Phil Morrison’s All Is Bright opens the way any great holiday film does: nearly ten minutes of Paul Giamatti on a long walk home from prison, napping in a church pew and bumming a cigarette from an off-the-clock prison guard along the way. We’re not expecting our man to receive warm embraces when he finally makes it to the trailer home his wife and child reside—I mean, we just watched him walk through night and day down cold Canadian highways, and who but a friendless sad sap has to walk home on the day they make parole?—but Dennis (oh yeah, his name’s Dennis) doesn’t deserve what he does come home to: a soon-to-be ex explaining to him through notes in the window that their daughter thinks he died of cancer. The long-suffering kind. Oh, and also, she’s going to marry Dennis’s best friend and crime partner Rene (Paul Rudd). 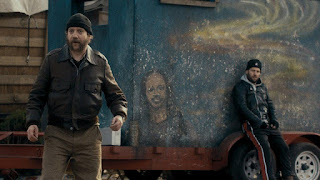 If this sounds less than festive so far, don’t worry, it gets even more depressing. See, our man Dennis was locked up on burglary charges, plus this is Canada, so his job prospects are dim to say the least. And the old partner who’s been playing house with his wife for four years has gone straight, so there’s no getting the gang back together. Unless Dennis wants to camp out in a parking lot in New York for several months to sell Christmas trees with said man who’s been fucking his wife, which he does, because he desperately wants to give the daughter who thinks he’s dead a grand piano for Christmas. 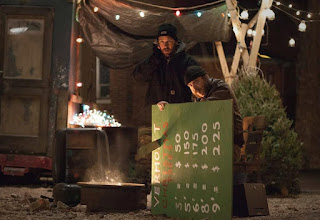 Take the two biggest fuck-ups out of one of those family reunion B-movies and place them in a hopeless New York City Christmas tree lot to be at each other’s necks while reluctantly working together and challenging each other to achieve a common goal, inevitably bettering each other in the process, and you have this modern day Christmas classic. It’s a bleak, disjointed, so-sad-it’s-funny Odd Couple meets “Gift of the Magi” sort of tale that has bummed out the majority of its viewers, but that’s exactly what makes it perfect for a holiday season notorious for spikes in suicide rates. Merry Christmas. 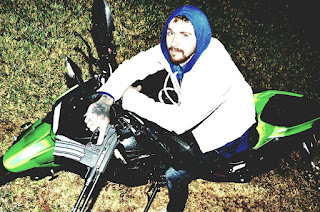 Kelby Losack is the author of Heathenish and The Way We Came In, both from Broken River Books. Wood and resin artisan by trade. Host of Heathenish Radio. Currently working on a rap album. He lives with his wife in Gulf Coast Texas.
Posted by jedidiah ayres at 10:52 PM