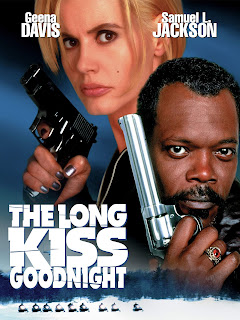 When The Long Kiss Goodnight was released in 1996, I'd seen the trailer a few times, but I wasn't racing out to see it. For someone with a steady viewing diet of action films, a movie about a rural school teacher with amnesia who, after suffering a head injury in a car crash, regains her ass-kicking instincts, "one bullet at a time" was sure to hit the right spot. It was the out of the blue recommendation from a classmate, a perma-grin cheerleader, who was also relegated to waiting for a ride after school, which prompted me to check it out. While I was known for loving movies, cheerleaders weren't going out of their way to acknowledge me, let alone chat with me about movies. 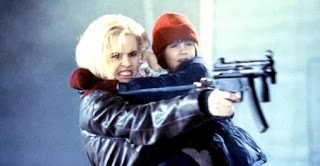 A few weeks later, I caught a matinee of The Long Kiss Goodnight in a second-run theatre. Within a short span of its release, the film faded fast. Now, if people think of The Long Kiss Goodnight, it's for the excesses, a Christmas time action packed antidote to the steady stream of saccharine rom-coms and holiday melodramas, not the film that was the career tipping point for its creative team. 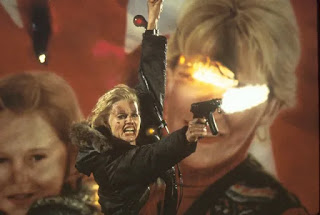 The film premiered with considerable expectations – Shane Black's spec script, written specifically with Renny Harlin in mind to direct, was one of the highest sales at the time.Then-Variety editor Peter Bart penned an editorial attack piece, taking umbrage at Black and his work, balking at the $4 million payday for the script."I've been talking to people around town who've read the thing," Bart wrote, "and based on my survey, the breakdown is something like this: About one-third of the readers vowed to quit the business forever; another third made firm offers; the final third simply threw up." 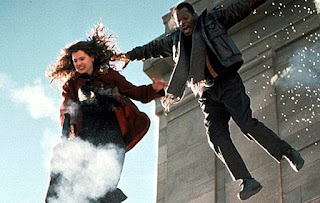 Known for revitalizing the buddy-cop genre, Black's mark on action films reverberated widely in the ten years since Lethal Weapon launched his career. A few years earlier, the original script of Last Action Hero parodied his work. The film was intended to be the epitome of summer blockbusters. The script grew unwieldy, enough so, Black was among the many credited and uncredited writers brought in to fix it. Black's contributions were substantial enough he got ascreenwriting credit and took heat for his role in creating one of the 90's highest-profile commercial and critical fiascos. 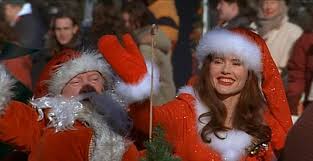 With his reputation as one of the highest-paid screenwriters of his generation preceding him, Black needed a hit. Riding high from the success of Nightmare on Elm Street 4, Die Hard 2, and Cliffhanger, Harlin was able to pick his projects and he and then-wife Geena Davis had a production company with an eye toward furthering her growing career. The first project they took on to launch Davis as an action lead, the swashbuckling epic Cutthroat Island, was hindered by a troubled production, escalating budget, and script with an uneven tone that doomed it. Following in its wake with a cloud of schadenfreude already forming was The Long Kiss Goodnight.

In it Davis stars as Samantha Caine, a suburban mom with an eight-year-old daughter, living in rural Pennsylvania with her boyfriend. Eight years earlier, she was found on a New Jersey beach,pregnant and having no memories. Samantha has gone through several private investigators trying to dig up any information about her past in the years since. The latest low-rent P.I., Mitch Hennessey (Samuel L. Jackson), gets a lead from a deceased woman's family who rented a room to Samantha. 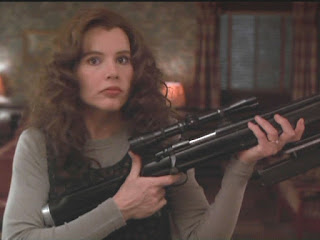 Samantha gets in a car accident during the Christmas season, and the subsequent concussion slowly unlocks her dormant skills and personality. The suitcase Hennessey brings her leads them to Dr. Waldman who, in the midst of a sudden attack by a team of government agents, reveals Samantha is really Charly Baltimore, an expert CIA assassin. She and Hennessey are on the run, seeking out more answers to her past, while operatives from both sides of a government conspiracy are in hot pursuit. 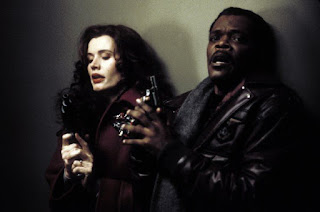 In a 1996 interview with Pauline Adarnek, Geena Davis described the film's pulpy plot,"It's kind of a goofball premise, that the character has amnesia so it's fun to try and take it seriously and make it work. I first tried to figure out who Charly is; why is she so tough and lethal and how and why did she become so hard? … She'd so divorced these soft sides of herself that the mothering, nurturing instincts had no way to live – she'd amputated half of her personality that she needed to get shot in the head and this other side of her fought to come out. When she got amnesia, that's when the person she never got to be could exist. …By creating a family, she's let herself get vulnerable and she's put her life and family at grave risk. These two personalities are at war and she had to find a way to be both." 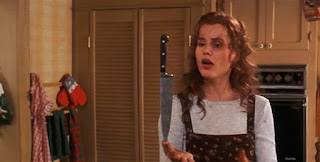 Geena Davis threw herself into the role, training extensively, learning how to handle firearms, and performing her own stunts. Despite her efforts and performance, the film performed poorly. The shadow of failure cast by Cutthroat Island may have been a hindrance; some saw it as further proof that an action film with a female lead couldn't be financially successful.In the same interview with Adarnek, Geena Davis said, "Mostly I just look for characters that arein charge of their own fate. …I like to play characters that aren't victims, or just waiting to be rescued or waiting to have decisions made for them about their lives. They get to be involved actively in their own fate and that's what I look for – it's just more interesting to play somebody like that." 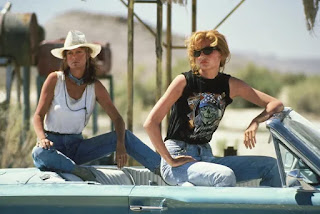 While those may have been the roles Davis wanted, she turned 40 right after coming off two high profiled action movies viewed as commercial failures – her career came to a near stand-still. Almost overnight, the same woman who was a lead in A League of Their Own, and Thelma & Louise, iconic roles in two of the 90s' most culturally significant films no longer was viewed as a viable lead. 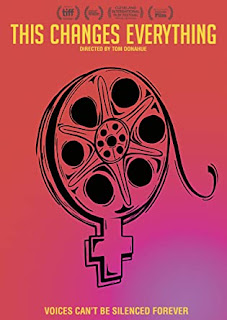 Unhappy with her career direction and the lack of control over her fate, Davis changed her focus to activism. In 2004, she founded the Geena Davis Institute on Gender in Media, using actual data comparing the number and types of male and female roles and used that data to convince the industry it needed change. Her ongoing work led to an investigation into the systemic discrimination against women directors and an ACLU campaign against discrimination. She executive produced the documentary This Changes Everything, which investigates gender disparity in Hollywood and its impact.

Also during the time, Davis took up archery and became an Olympian. In an interview with Terry Gross, she described what she enjoyed about archery."Once you have a really good shot, your job is to recreate it exactly and – every time. And everything gets in the way of that, every possible thought you have, every different circumstance. Like competing – if you're nervous, your shot's going to be off. And so it's just a battle with yourself the whole time."" 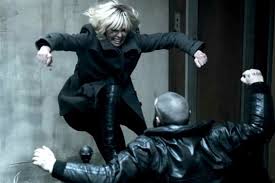 A battle with yourself to not battle with yourself" was how Gross put it.Although Davis didn't have the action career she'd intended, her impact on a generation will outlast any one of her roles. While we were robbed of more bad-ass Geena Davis movies, actors like Charlize Theron, Regina King, Carrie Coon, Angelina Jolie, Jennifer Gardner, Gal Gadot, to name a few have followed in her footsteps.

A regularly re-watched Christmas classic in my house; we can only hope one day the rumored Long Kiss Goodnight sequel will be more than fanboy daydreams. 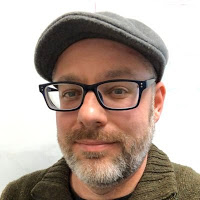 Tim Hennessy is a bookseller and a contributor to Publishers Weekly, Tough, Mystery Tribune, Crimespree, & others. He is the editor of the anthology Milwaukee Noir from Akashic Books. Follow him on Twitter @timjhennessy.
Posted by jedidiah ayres at 6:08 AM