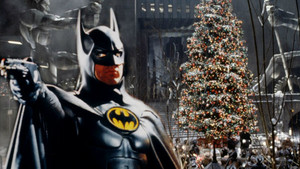 At twelve years of age, I was pretty sure Batman Returns was one of the greatest movies ever made. At forty, I’m sure of it. 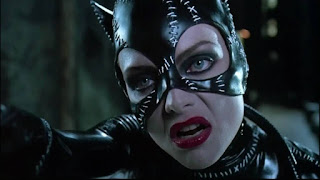 It’s interesting to look at how this picture has aged. At the time all the attention was on how dark, violent, and grisly it was. Parents and Happy Meal enthusiasts were so unhappy with the film that the franchise was wrestled out of Tim Burton’s hands, meaning we never got to see Marlon Wayans as Robin or Billy Dee’s triumphant return as Harvey Dent. But looking at the same film now, from 2020, it feels quaint to think this was ever considered dark. 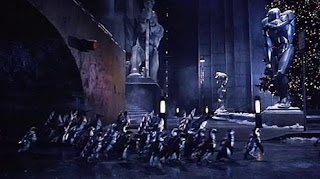 It has an almost monochromatic colour scheme, yes. But ultimately this plays out more like an art deco love letter to the 60’s TV show, and is all the better for it. It’s silly. It’s low-key campy. And it’s funny as hell. We have puns. We have an army of penguins with missiles strapped to their backs. With have a giant motorised rubber duck, killer circus acrobats, and a Batman who cracks jokes. (Okay, eat floor, high fibre barely qualifies as funny, but still, he said it.) 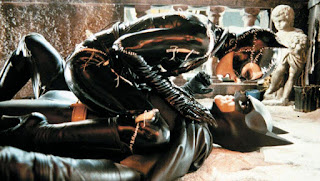 1989’s Batman feels very much of its time. Joel Schumacher’s two entries are very firmly placed in the late nineties. Even the Nolan trilogy has already started to feel out of date, trapped in the War on Terror era and unsure of message. But Batman Returns could have been made thirty years ago or yesterday. It’s the one truly timeless Batman movie.

Why has it aged so well?

Perhaps it’s because it’s a #MeToo movie. The story of Selina Kyle, struggling to balance all of the expectations placed on her as a woman, driven mad by an attack from her male boss, kicking out against the world and slowly unravelling through PTSD as she doesn’t know who to trust. Michelle Pfeiffer puts in a performance every bit as impressive as Heath Ledger’s Joker. 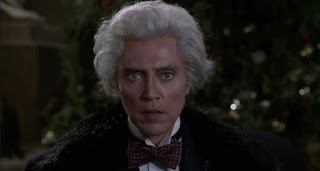 Perhaps it’s because of the story of a scheming billionaire with silly hair, who is obsessed with power (You can never have too much power. If my life has a meaning, that’s the meaning). Christopher Walken dominates almost every scene that he’s in, beaten only by Pfeiffer.

Or perhaps it’s because of the plot involving a deeply unpleasant sewer creature who runs for office on a populist ticket, while whipping up his supporters to commit violent acts and talking in private about groping people.

If it seems strange that I’ve talked on for four hundred words without mentioning the main character, you probably haven’t watched the film. Batman only shows up for thirty minutes. He’s the loose connective tissue between all of these stories. The plot has often come in for criticism. People complain about the random nature of events, the reliance of coincidence in characters meeting each other, and in not being clear whose film this really is. But a large part of what I love about this movie is that the three main characters -Bruce Wayne, Selina Kyle, and Oswald Cobblepot- are each both protagonist and antagonist of their own story. They’re struggling to get out of their own way, fighting with themselves over whether to accept who they really are, or try to become something ‘better.’ There’s an almost Elmore Leonard angle to this, but that’s an essay for another time. 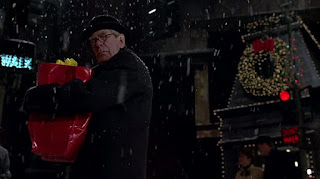 If it now seems strange that I’ve talked on for nearly six hundred words without mentioning Christmas, in this piece on my favorite Christmas movie, well here’s the magic sauce. Batman Returns is absolutely, one hundred percent, a stone-cold Christmas movie. And, since I’ve now argued that it’s one of the best movies ever made, this means it’s the best Christmas movie. And it’s also a crime movie, because Batman is a costumed crime fighter. I mean, that’s just math. From start to finish, the whole thing is covered in snow. And the claustrophobic set-bound nature of the production adds up to a feeling that the whole thing takes place inside a snow globe on Tim Burton’s desk. The first line of dialogue is a hurried “merry Christmas” (as two panicked parents are on their way to dump a baby in the river because, you know, holiday spirit.) The last line is, “Merry Christmas Alfred, and good will to all men….and women.” Selina Kyle goes out on “Two lives left. I think I’ll save one for next Christmas. Meantime, howbout a kiss, Santie Claus?” 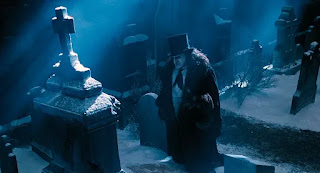 Biblical themes run throughout the movie, though it pulls from the Old Testament just as much as the New. The first thing we see is a baby thrown into a river in a Moses basket, and the Penguin’s ultimate plan involves killing the first-born sons of Gotham. In between these, we are given a female Jesus, with Selina Kyle dying for the sins of men and being“resurrected” (or waking up after a concussion…) to show a better way. 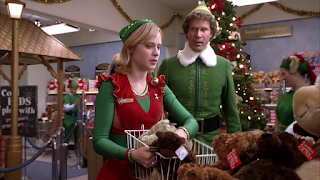 I could make the argument that Batman Returns and Elf are sister films. Both of them are about a lost child, raised by diminutive foster parents in winter wonderlands, who both travel back to fictionalized versions of New York in search of their real parents. Buddy the Elf ultimately finds happiness and acceptance reconciling both sides of himself. Oswald Cobblepot is rejected by the society from which he craves acceptance and tries to take violent revenge. Would his life have turned out differently if Zooey Deschanel was there to sing Christmas songs? 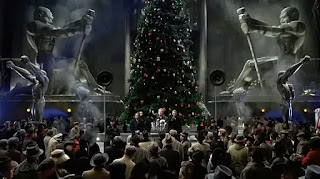 The first major set piece takes place at the ceremony to light the Gotham Plaza Christmas tree, and features a giant exploding Christmas present, filled with murderous circus clowns, acrobats, sword-swallowers, and….well, whatever those guys on the motorbikes were. Kissing under mistletoe becomes a major plot point (and there is still no scene in superhero cinema to match the ballroom dance between Selina and Bruce for depth and nuance.)

Danny Elfman’s score -his career best, in my view- plays around with the familiar themes from the first movie, adding in plenty of bells and wintery motifs that help create a dreamy almost Christmas soundtrack. 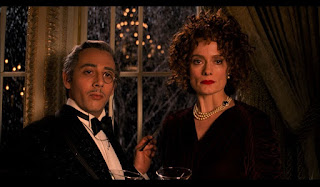 Finally, all good Christmas movies contain a redemption story, right? Well Paul Reubens played the Penguins father. Batman Returns was filmed in the summer of 1991, at the height of his legal troubles, and this movie was one of few pieces of solid work he was offered at the time. If that doesn’t say Christmas, I don’t know what does. 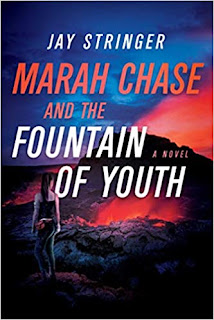 Jay Stringer was born in 1980, and he’s not dead yet. His crime fiction has been nominated for the Anthony Award, the Derringer, and the McIlvanney Prize. His latest adventure novel Marah Chase and the Fountain of Youth is available now from Pegasus Books. He is not a sex therapist.
Posted by jedidiah ayres at 5:34 AM