I don’t often express my love for this film because most people assume I’m talking about the one with the sparkly bloodsuckers who make sad eyes at each other. But 10 years before the other Twilight, there was the original Twilight, which is a great L.A. movie in a year that had quite a few of them (The Big Lebowski, Slums of Beverly Hills, Zero Effect, Lethal Weapon 4). The year 1998 stands out in my mind because that’s when I first visited Los Angeles and fell head over heels for the damned place. And every time I watch Twilight, I’m reminded of that early, feverish crush. 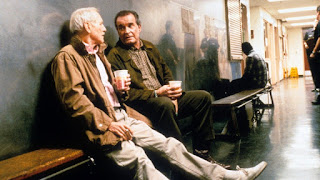 I wish director Robert Benton had stuck with his original title, The Dark Tower… no wait, that was the original title of Night Moves (1975) with Gene Hackman. No, the working title of Twilight (1998) was The Magic Hour, which is possibly too upbeat, or puts one in the mind of surfing. Of course, Benton could have gone with The Moving Target, which is the name of the Ross Macdonald novel that was the basis of Harper (1966) starring Paul Newman, or The Little Sister, which served as the basis for Marlowe (1968) with James Garner playing Raymond Chandler’s titular hero. All of the above titles are fair game because Twilight (1998) is the Avengers: Endgame of the Downbeat Private Eye Cinematic Universe. No, Newman isn’t exactly playing Harper/Lew Archer for a third time, Hackman hasn’t returned as Harry Moseby, and Garner is a far cry from Philip Marlowe (or Jim Rockford, for that matter). But if you squint, it’s as if those familiar knights errant are tangled up in some weird L.A. afterlife. The only person missing is Elliott Gould, searching for his damn cat. 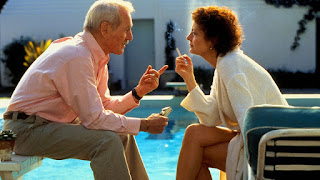 Paul Newman plays Harry Ross, a private eye who suffered a rather delicate workplace injury a couple of years back and now lives in the guest house of retired actors Jack Ames (Hackman) and wife Catherine (Susan Sarandon). There are frustrated love triangles all over the place. Harry was injured two years ago because he tried to stop a Lothario named Jeff Willis (Liev Schreiber) from banging the Ames’ 17-year-old daughter Mel (Reese Witherspoon). Harry clearly wants to bang Catherine, but as Jack says: “Harry, my wife’s never going to sleep with you anyway. You might as well come up here and play cards.” LAPD lieutenant Verna Hollander (Stockard Channing) would like to bang Harry, if not for that delicate injury, which fellow private eye Raymond Hope (Garner) can’t help but mention. And there’s an older love triangle that fuels the blackmail plot, which feels like it was ripped out of the Ross Macdonald Playbook (which contains exactly one plot: some bad shit happened in the past, and twenty years later everyone is still paying for it). 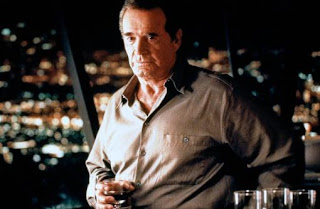 But you don’t come to Twilight (1998) for the plot. You come for the lurid thrill of watching aging characters wrestle with desires they can’t act upon. Harry Ross would very much like a stiff drink, only he’s given that up because it’s the source of all his troubles (including the wound that, as Maxwell Smart used to say, missed him by that much). Jack Ames would very much like to forget that he’s battling cancer—for a second time. Catherine Ames seems to want out of a marriage that she will do anything to protect. The somewhat inept blackmailers are cockblocked at every turn, overestimating their strengths (“mucho hair, mucho tits”) and seemingly blind to the risks. Even the characters who have everything they want—and piss anywhere they’d like—don’t seem overly thrilled about it. This is a film about what happens to those paperback private eyes if they live too long. 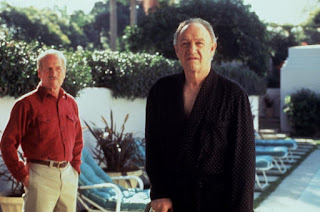 Seeing this movie at 27 years old is very different from seeing it at 47 (and I assume it will be something else at 67). When I was 27 I was still reading my first Chandlers and Macdonalds and yet to see Harper or The Long Goodbye or Hickey and Boggs and Night Moves. At 27, I understood Twilight (1998) as a prime example of geezer noir, like The Limey a year later: hardboiled guys who were well past their sell-by date, yet bound by a deep obligation to set things right. God, what a fool I was at 27. My take at 47 is much more downbeat: your past will come back to haunt you. You will doubt the things you once thought were a certainty. Not only will you not get what you want, but you might get shot in the dick for your trouble. Yet, you can’t help but desire for something more, and it doesn’t get more romantic than that. 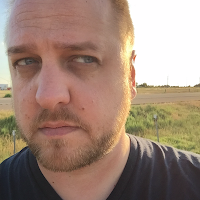 Duane Swierczynski is the Edgar-nominated author of nine novels including Canary, Severance Package, and the Shamus Award-winning Charlie Hardie series (Fun and Games, Hell and Gone, Point and Shoot). He’s written over 250 comics for Marvel, DC, Dark Horse, Valiant and IDW, including The Black Hood, the first comic for Archie’s Dark Circle imprint. Swierczynski has also collaborated with CSI creator Anthony E. Zuiker on the bestselling Level 26 series. Follow him on Twitter @swierczy
Posted by jedidiah ayres at 6:18 AM

I've come to think that Paul Newman would have made a wonderful Harry Bosch.

Also, I've always liked James Garner and have been re-watching The Rockford Files (just started the fifth season - so far number three has been the best season) and have been amazed at James Garner's acting and the quality of this show.

Oddly, Stuart Margolin's Angel used to irritate me, but on the re-watch, I've noticed how good Margolin really has been (especially in the episode that he directed).