Merry CrimesMas: Jim Thomsen on Home For the Holidays 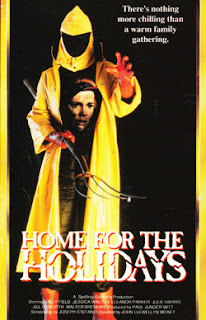 As a fan of realism in art, I’m not an appreciator of camp. That is, the kind of camp that winks and nudges at the audience as it sails cheerfully over the top, ala The Rocky Horror Picture Show.

But I kind of like the sort of melodrama that was popular in the 1960s and 1970s, the stylized storytelling that took itself too seriously to see the silliness beneath. I’m thinking of any number of big-screen movies, like Valley of The Dolls, but particularly television, where this sudsy subgenre found a home in the series of Quinn Martin productions like The Fugitive, and producers like Aaron Spelling who were starting to build their own stylistic industrial complexes in Hollywood. 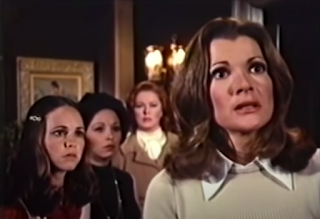 Both men were up to their chauvinistic elbows in the burgeoning new platform of made-for-television movies, and one of Spelling’s first 90-minute productions was Home for the Holidays, filmed in 1971 and released in early ’72 (available now only on YouTube). It has one of those casts that looked good then and great in retrospect:

And the one actress whose name you may not recognize — Jill Haworth — has the campiest story of the bunch: In 1965, when she was nineteen, the 42-year-old Spelling wooed her, without success. It’s not clear what happened in the intervening years, but Spelling cast Haworth in this movie — and then made her character the first victim of the killer. (Not really a spoiler alert, trust me.) Read into that what you will. 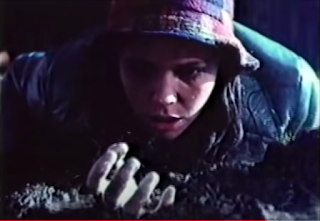 The story: Four sisters, long estranged from their father after their mother’s suicide, reluctantly return to the family’s country estate just before Christmas to see the now-infirm old man. He makes a couple of startling announcements: 1) I forgive you for deserting me (which is greeted with eye-rolls and protestations); and 2) I need to you to kill my current wife, who not only poisoned her late husband, but is now trying to poison me to death.

The daughters don’t know what’s true and what isn’t, but the current wife (the spidery Julie Harris) doesn’t make things easier with her arch pronouncements, withering judgments and narrowed eyes. Fortunately for her, the daughters are too busy spinning themselves dizzy on their own dysfunctional wheels: Alex (Parker) is the controlling older sister who feels she’s sacrificed her own happiness to come to the rescue of everyone else’s; Jo (Haworth) is a slutty socialite who can’t stand the isolation of her childhood home; Freddie (Walter, in an unknowing wink at Lucille Bluth, her iconic character decades later on Arrested Development) is an alcoholic wreck who can’t face up to so much as a cup of coffee; and Chris (Field) is a college-age naif infantilized by one and all.

Then one sister dies. Then another. Then Daddy! 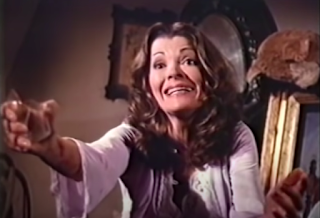 Then, by the time it’s clear that the killer is one of the survivors, the roads are washed out by a storm, and then the phones and power go dead. Then the real fun begins. Dashes through the hilly woods in the rain, accompanied by that great horror-movie cliché that dictates that a walking killer will always be able to catch up to a sprinting victim. Then the reveal of the killer, along with the motive, and you realize then how skillfully you’ve been manipulated into looking at someone else.

Which is not to say that Home for the Holidays is a great movie, even graded on a generous curve by the standards of its diminished genre. But it passes its hour and fourteen minutes pleasantly and painlessly enough, serves as an intriguing snapshot of the confused feminine politics of its transitional time, presents dark and stormy atmosphere to spare, and offers some world-class overacting. 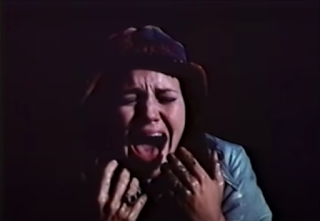 In short, it has camp appeal. As Michael Karol, author of The ABC Movie of the Week Companion, put it: “It’s a real treat to watch the actresses sink their teeth into this tasty whodunnit. There’s sibling rivalry, madness, drugs, sex, and murder; what more could one ask for in a gothic thriller?” 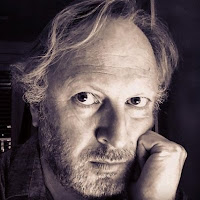 Jim Thomsen is a writer, editor and book reviewer, and also a serious Seventiesologist (see more on great TV movies of the 1970s in his essay, Scream for Deadly Terror!, in The Rap Sheet). He lives in Kingston, Washington.
Posted by jedidiah ayres at 6:36 AM