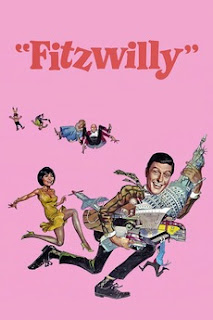 When I was 12-15, I had a spiral notebook in which I wrote down certain movie-related things. For example, I cast movies based on books I was reading. The only one I remember now is Vonnegut’s Player Piano, starring Peter Sellers and Alec Guinness. At the time, I could not have imagined VHS tapes, DVDs, or streaming services, so I also kept a list of movies I intended to one day buy on film, to show in my private screening room when I got rich. Some of these I had never seen, such as Operation Mad Ball, which I had read about in the Jack Lemmon section of a book called The Great International Movie Stars. (At that time, we read about a lot of movies we had no hope of ever seeing.) Others on the list were my favorites, such as the Christmas crime classic Fitzwilly. 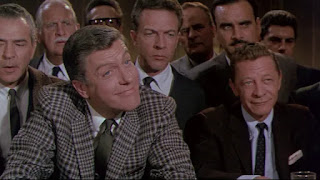 Here is what I liked: light comedies about jewel thieves, conmen, safecrackers, and pickpockets. I thought any of those would have made a good profession. I fantasized about it. Favorite movies included The Great Train Robbery (1978 version), for which I was the only spectator in an otherwise empty theater, The Hot Rock, Paper Moon, Harry and Walter Go to New York, Pocketful of Miracles, and many others. 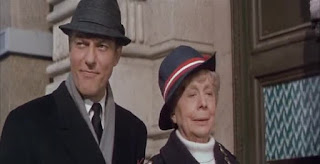 The one that started it all was Fitzwilly. Like many that followed, Fitzwilly—in addition to its holiday theme, which insured the cloying sentiment I craved—was about goodhearted crooks, a thrilling conceit that contradicted my Southern Baptist training in the most intoxicating way. Fitzwilly (Dick van Dyke) and his friends were merely trying, through their larcenous misbehavior, to help an eccentric old lady. She was writing her own dictionary, the sort of outsized ambition that would come to mark my own fictional characters when I became a writer.

Perhaps most significant of all, Barbara Feldon played an intellectual innocent bystander in a turtleneck and glasses, forever fixing my romantic ideal. When I rewatched the movie tonight, to make sure I hadn’t misremembered anything, I ran into the bedroom, to which my wife had retired, and shouted, “It’s you!”It is difficult to think of a movie that more perfectly encapsulates the parts of my pubescent idiocy which gladly inform the tatters of my so-called adulthood. 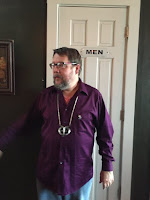 Jack Pendarvis’s new novel Sweet Bananas is available in a limited edition from Hingston and Olsen.
Posted by jedidiah ayres at 5:19 AM