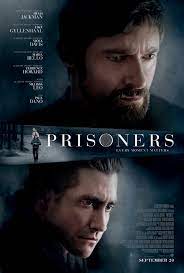 What makes a Christmas movie? This is the question at the core of the issue because I know what you’re thinking: what kind of sick fuck cites Denis Villeneuve’s criminally underrated Prisoners (2013) as a Christmas movie? *raises hand* Here’s the deal, a Christmas movie is defined as being a film set at Christmas either entirely or at least a scene/s. That’s it. Period. Oh but it doesn’t embody the spirit of – shush, don’t care. Is it set at or around Christmas? Criteria met. Batman Returns (1992)? Christmas movie. Eyes Wide Shut (1999)? Christmas movie. Carol (2015)? Christmas movie. All of Shane Black’s filmography? Christmas movies and yes, that includes Iron Man 3 (2013) (and for bonus points The Predator (2018) is a Halloween movie). If the house in Sicario (2015) that had all the bodies stored in the walls had a Christmas tree up, that too would be a Christmas movie. After all, Benicio Del Toro had a list and he was checking it twice. 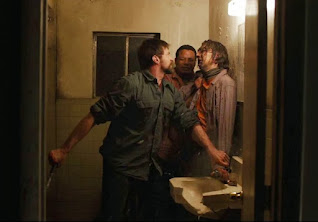 Prisoners is Villeneuve’s first English-language film and heralds the arrival of a new type of Hollywood director. To quote Chris Ryan on The Watch: “here’s the thing, Villeneuve’s a sicko”. Not in, like, a Tarantino way (far as we know), but in the kind of way where he makes fucked choices that shouldn’t work on paper and yet, inexplicably, do. Because it’s Villeneuve. Example: all two hours and thirty-six minutes of Dune (2021). Speaking of Dune, Prisoners is just like Dune if you think of the sand as sadness. It’s a sprawling labyrinth of a crime drama that follows the abduction of two young girls and the very different types of men in pursuit of answers. There’s Jake Gyllenhaal’s Detective Loki chasing his own glorious purpose, Hugh Jackman doing his best iz that moi doughter in theeeere, and, as per the Villeneuve brief, a stacked supporting cast in *takes deep breath* Viola Davis, Maria Bello, Melissa Leo, Paul Dano, Terrence Howard, David Dastmalchian, Dylan Minnette and on. 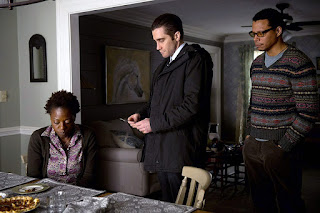 It’s all about the internal prisons we find ourselves trapped within, some more terrifying than others, all bleak in their own ways. And what is the ‘holiday season’ if not a prison we’re desperately trying to escape, one uncomfortable family lunch at a time. The story begins on Thanksgiving, so it’s actually doubly festive, and there’s even a bit where Paul Dano sings “jingle bells, Batman smells, Robin laid an egg” which is Christmas canon for any 12-year-old boy. Also, nothing says ‘festive spirit’ like the presence of Melissa Leo who has made a career of playing various manifestations of Krampus (watch The Fighter (2010) and tell me I’m wrong). Familial tensions are high – authentic to the season – there’s Chinese food – critical over the holidays for all those who don’t celebrate – and without giving anything away, the film concludes on not one but two Christmas miracles. Oh, and there’s snow. Prisoners, it’s a Christmas movie for the sick fucks among us. Tis the season.

Maria Lewis is a best-selling author, screenwriter and film curator based in Australia. She’s the author of the internationally published Supernatural Sisters series, which includes the Aurealis Award-winning The Witch Who Courted Death and Who’s Afraid?, which is currently being adapted for television. As a screenwriter across film and television, she was worked on fiction and non-fiction projects for Stan, ABC, Ubisoft, Nickelodeon, DC Comics, Channel 10 and more. She is the host, producer and writer of audio documentaries Josie and the Podcats with Blake Howard – about the 2001 cult film - and The Phantom Never Dies about the world’s first superhero.
Posted by jedidiah ayres at 7:39 AM