No matter how much I read or trust my vocabulary, inevitably I come across something that prompts me to reach for my dictionary. Yeah, you read that right: my dictionary. It's not an OED or anything, but it does have some serious chops. Of course I can only imagine what you're thinking... "Wow, an actual dictionary? Like, dude, there's this thing called the internet?"

Right, of course. The internet...that exponentially-growing spawn of ARPANET, the jolly juggernaut of the last thirty years that has seen the rise and fall of fortunes, with all its endless promulgations, overlapping data, conspicuous consumption temptations, and collective bellows into the void. Gosh, thanks for pointing that out for me. But no offense, go fuck yourself. I happen to like looking up words. The physical act helps my recall. Anyway, not so long ago I came across two words, a phrase really, I hadn't seen before namely idée fixe, to wit, "...coined by composer Hector Berlioz to describe his Symphonie Fantastique...French novelist Honore de Balzac used "idée fixe" to describe an obsessive notion...this expression then carried over into modern day English and is usually employed now to describe a preoccupation that possesses one's mind."

I don't know about you, but idée fixe seems a fine descriptor for our present pop-culture media preoccupations. As denizens of the 21st Century weaned on relentless broadcasting, boy oh boy, do we obsess over the things that pour into our eyes and ears, most of which have nothing to do with our own waking lives. Often, we don't even need to actively delve any deeper than a passing glance, a flick of a channel, an accidental click-through, and by some miracle of osmosis we helplessly absorb it all, often triggering idée fixes both private as well as those we feel strangely compelled to share. 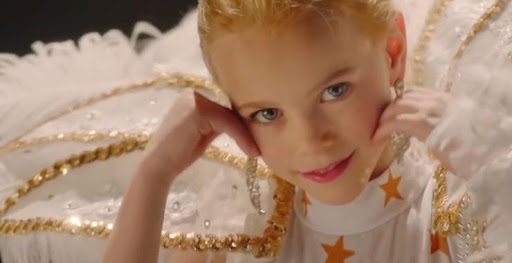 Which, in a roundabout way, brings me to the subject of this holiday film recommendation, a documentary I caught on Netflix Casting JonBenet (2017). Wow, is this an odd little honey of a film, a doc both chilling and brimming with exploitive pith. As a writ large commentary on the public's ghoulish fixations, it might be a refreshing change from your usual Christmastime crime film fare as the murder of JonBenet Ramsey, if it hasn't been hammered into your skull already, took place on Christmas Eve. 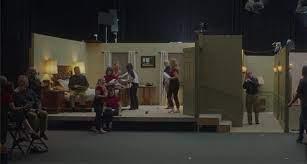 Assembled as a series of vignettes from a casting process for supposed re-enactments of the events surrounding then bludgeoning and strangulation, various actors from Boulder, Colorado where the murder took place are interviewed and screen tested for the roles of the actual people involved. John and Patsy Ramsey, Burke Ramsey, John Mark Karr, various Boulder police officials, Santa Claus freelancers. During the process the would-be actors, dressed as the persons they're auditioning for, expose their own theories on the crime. No FBI spokespersons. No grisly autopsy photographs. No nosy neighbor commentary. No reenactments. Just local actors from Boulder sticking their creative necks out. Take it from someone who once worked professionally as an understudy, the desperation (some) and the talent (a lot) of these locals will haunt you, especially one of the gentlemen auditioning for John Mark Karr (suspect) and the small boys auditioning for the role of JonBonet's brother, Burke. Overall it’s a snowy, Rocky Mountain tragedy that leaves more questions than answers and a stylish indictment of both the viewer and society, drooling freely over not to mention profiting off of a terrifying and heinous act. 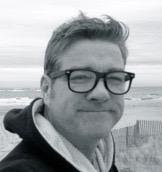 Kieran Shea is the author of Off Rock, the Koko P. Marsteller cyberpunk series, and the recent short story collection, The Americana Psychorama. For some reason he also considers Jed Ayres an "amigo inteligente" but don't hold that against him.
Posted by jedidiah ayres at 6:18 AM